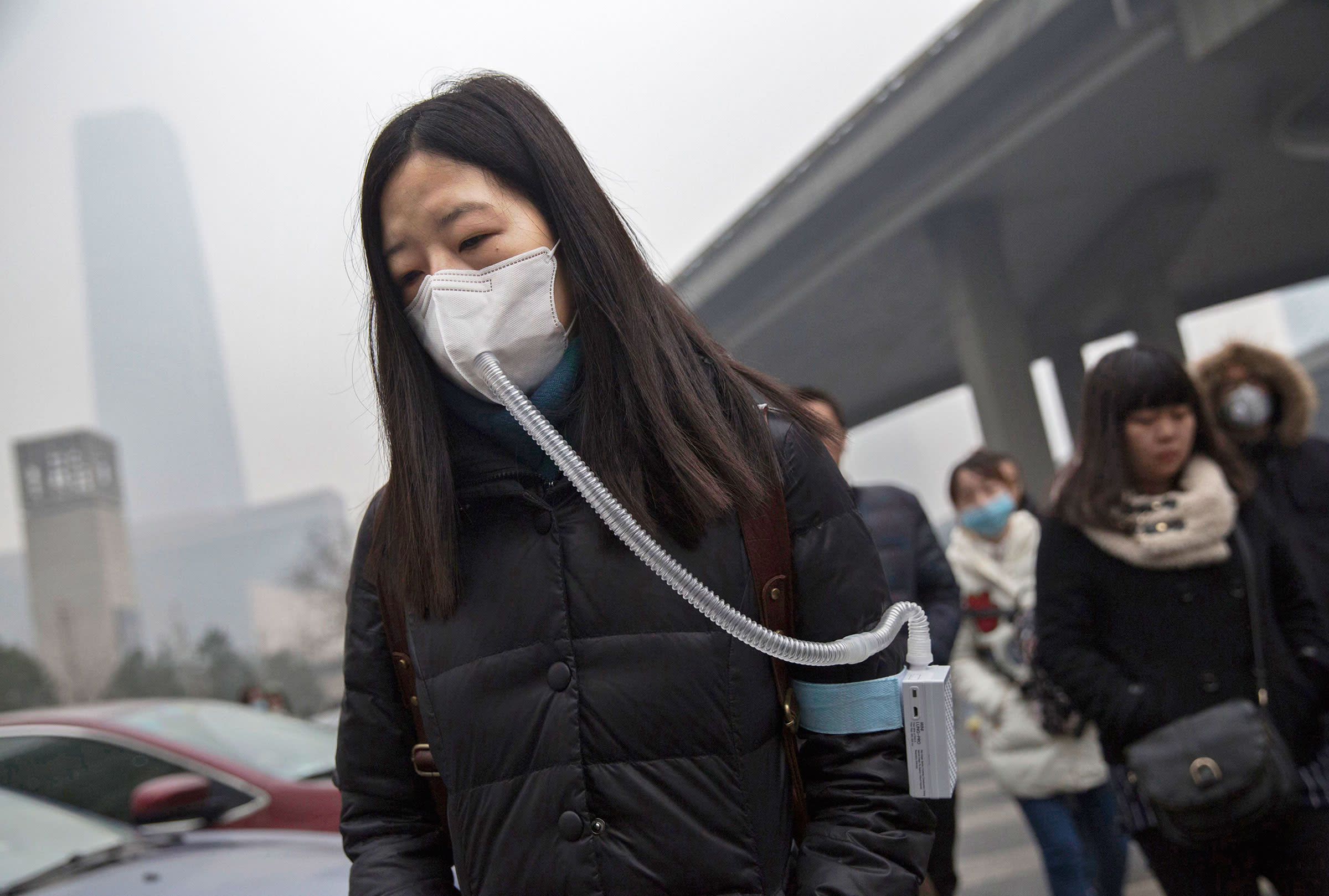 China's heavy dependence on fossil fuels has led to it producing almost a third of the world's CO2 emissions. As well being a contributor to global climate change, burning combustibles like coal has led to the country's infamous smog problems. This smog contains fine particulate matter (PM2.5) that can cause serious health issues. PM2.5 has become a serious concern for many Chinese citizens, so much so that a market for high-tech personal filtration tech has begun to take off.

The image was taken by Canadian photojournalist Kevin Frayer. It shows a lady using a Mini Lung-Pro, a 190 yuan ($29) gadget that pushes air through a HEPA filter, up a tube, and directly into a face mask. It's said to filter out PM2.5 while not giving the "breathless" feeling a regular 3M mask does after extended periods of use. In the series' description, Frayer notes that "China's government has publicly set 2030 as a deadline to reach the country's emissions peak, and data suggest the country's coal consumption is already in decline."

The photo is from an arresting series titled China's Coal Dependence A Challenge For Climate, which placed second in the 2016 Sony Photography Awards' Professional / Contemporary Issues category. (Frayer actually won the Environment category for another series).