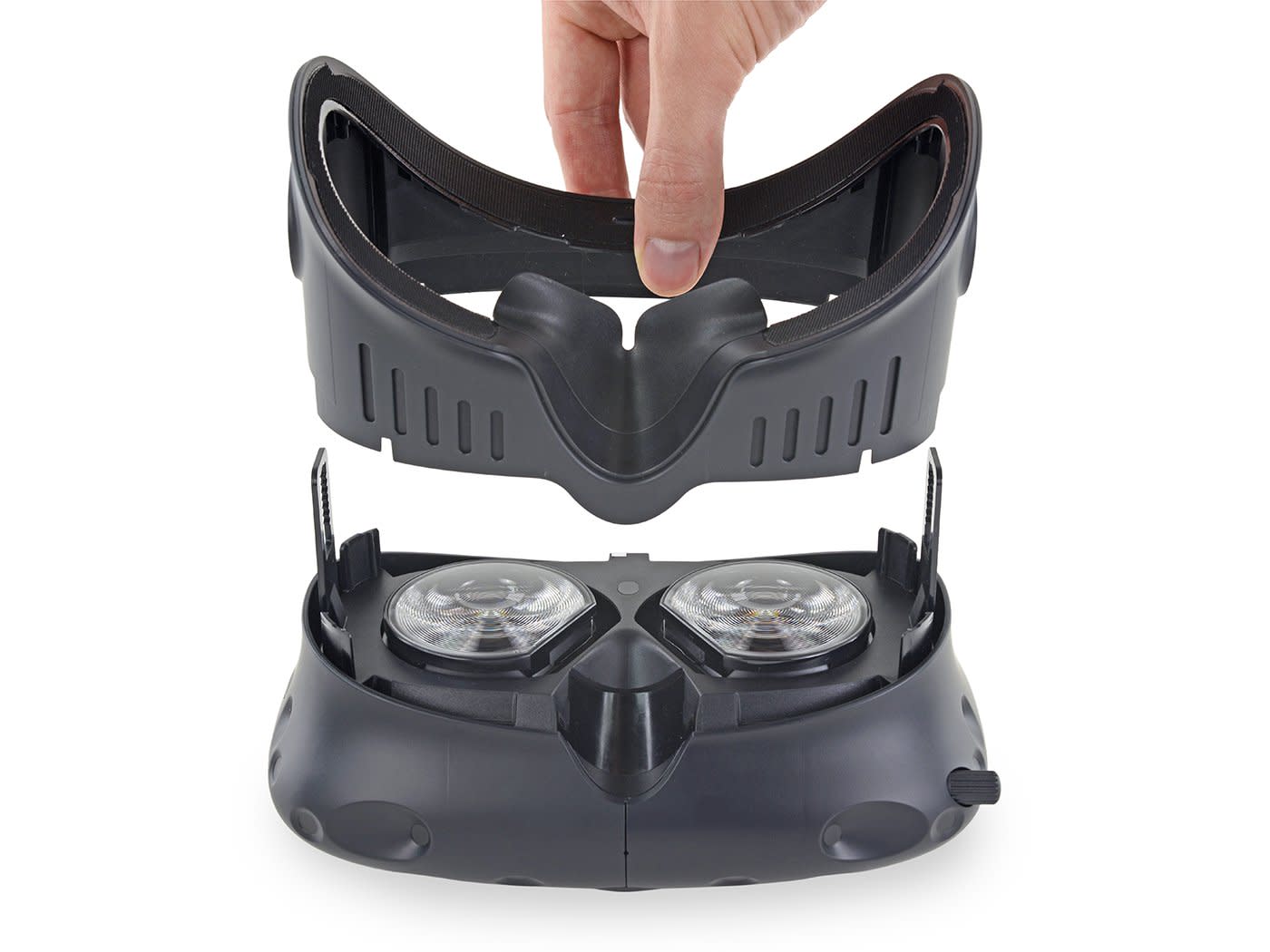 We've seen the iFixit folks tear apart the Oculus Rift, now they've taken their tools and relentless curiosity to the other big VR player, the HTC Vive. Both headsets are basically just complex containers for two OLED displays, but it's fascinating to see how the companies went about designing them. For example, while they both use fresnel lens designs (which allow for thinner lenses compared to early VR headsets), the Vive's approach relies on its eye relief mechanism to tweak focus, whereas the Rift's curved lenses requires you to move the headset higher or lower on your face for focus.

In the end, iFixit gave the Vive a repairability score of 8 out of 10, mostly due to how easy it was to take apart the headset. The Rift, in comparison, scored a 7 out of 10. There's not much of a chance you'll easily find replacement hardware if anything goes wrong with your VR headset, but it's nice to know they're not just sealed off mystery boxes.

Among other highlights from the teardown, iFixit notes that the Vive's controller touchpad design is very similar to the Steam controller, which shows just how much Valve influenced HTC's design. The repair group also came up with the best explanation I've seen yet of how the Vive's IR base stations actually work:

Each Lighthouse flashes its IR LED array, signaling the start of a cycle. Vertical and horizontal lasers then sweep across the room, and all of those fancy photosensors on the headset and controllers start looking for lasers. The tracked headset or controller can then determine its position based on the order its sensors receive the laser sweeps.

In this article: av, gadgetry, gadgets, gear, htc, iFixit, teadowns, Vive
All products recommended by Engadget are selected by our editorial team, independent of our parent company. Some of our stories include affiliate links. If you buy something through one of these links, we may earn an affiliate commission.