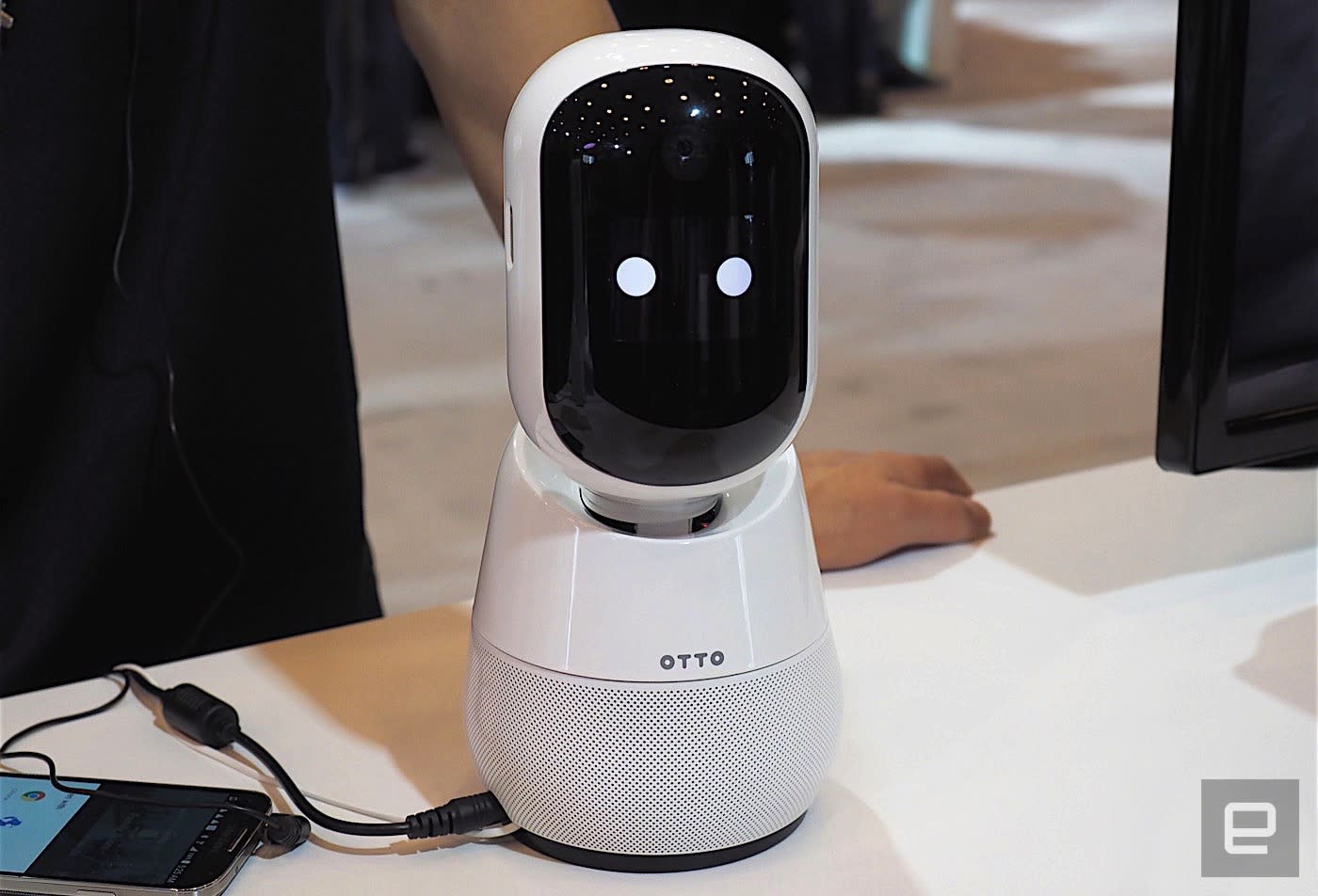 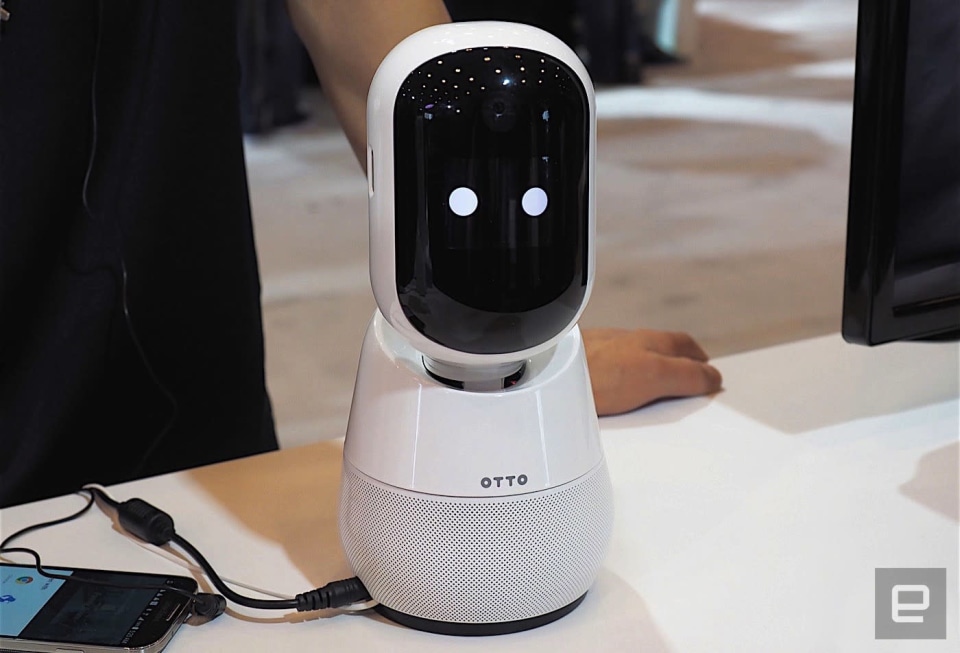 Samsung unveiled a big new push into Internet of Things at its developer conference today, and it's using a cute little robot to demonstrate it. It's called the Otto, a reference design for what is essentially an Amazon Echo clone. It has microphones and speakers so it can answer questions like "What's the weather?," plus you can use it to control various connected gadgets in your home like light switches and refrigerators. Unlike the Echo though, it also has an HD camera that can recognize faces or act as a security camera. There's also a small screen on it that displays a semblance of a face plus a variety of animations depending on the application. If the weather is "rain," it'll show animations of rain drops, for example. As you can see in the video demo here, it can also "sing" and "dance" by bobbing its head around.

Otto isn't a real product just yet; it's only a prototype at the moment. It's being shown off at Samsung's developer conference to demo its ARTIK Internet of Things platform. ARTIK has been around for awhile now, but today Samsung unveiled a set of tools that developers can use to create apps and devices for it. It also launched the ARTIK Cloud platform, which can be used to store data for devices just like the Otto.

In this article: artik, culture, gadgetry, gadgets, gear, internetofthings, iot, otto, personalassistant, robots, samsung, sdc, sdc2016
All products recommended by Engadget are selected by our editorial team, independent of our parent company. Some of our stories include affiliate links. If you buy something through one of these links, we may earn an affiliate commission.