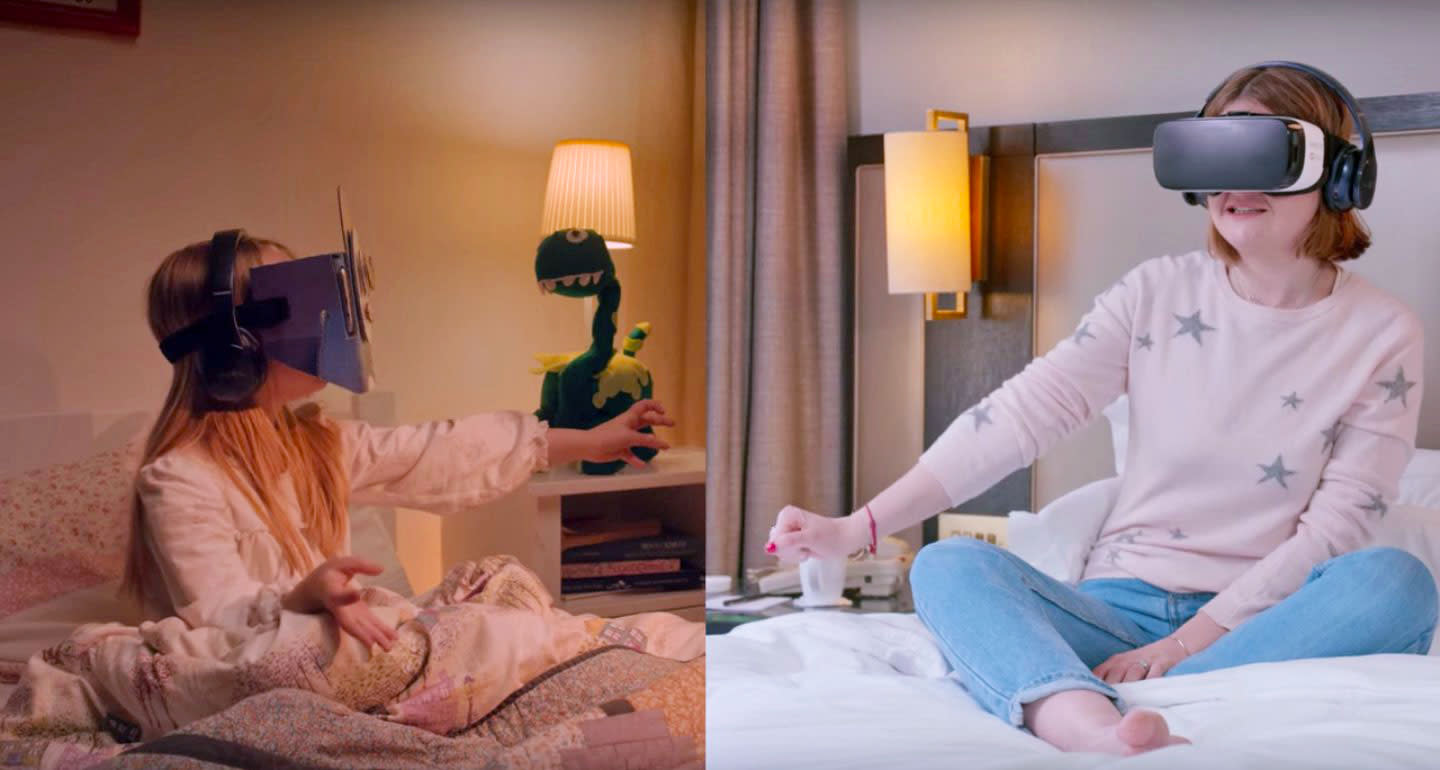 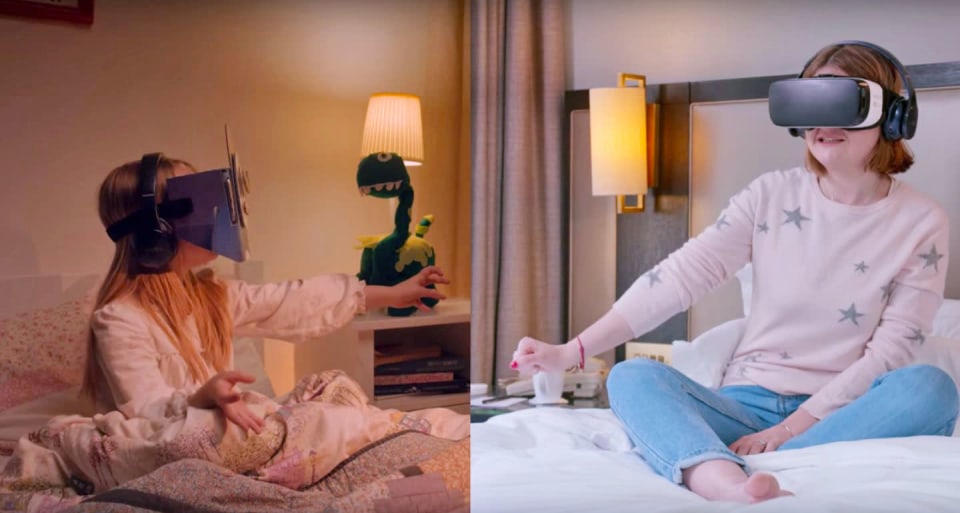 Parents don't always have a chance to read to their kids at night -- especially if they're traveling, or working late. Samsung is working on a potential solution for this modern dilemma: BedTime VR Stories, a new Gear VR app that lets parents experience a story together with their children. At first, it might seem like a dystopian realization of a sad, disconnected future (especially when the mother and daughter in Samsung's video try to hold hands, only to reach out into nothing). But there's certainly potential, especially for busy parents who want to do more than just video chat with their kids before bed.

Parents will need a Gear VR headset to use the app, while kids will need a Google Cardboard headset (check out one of Samsung's custom versions above). And of course, you'll need two Samsung phones to shove inside them. (Check out the entire story in 360-degree video on YouTube). It's only being tested in the UK right now, and there's no word on how the company plans to release it on a wider scale.

There's one major problem with Bedtime VR Stories, though. After testing the Oculus Rift and HTC Vive for several weeks, I noticed they wreaked havoc on my sleep cycle. It's bad enough staring at blue light from your computer screen or phone at night -- shoving a bright OLED screen against your eyeballs right before bed is a recipe for sleepless nights. That's not the sort of thing parents would welcome for their children. In this article: BedTimeVRStories, culture, entertainment, gear, GearVR, mobile, personal computing, personalcomputing, samsung
All products recommended by Engadget are selected by our editorial team, independent of our parent company. Some of our stories include affiliate links. If you buy something through one of these links, we may earn an affiliate commission.