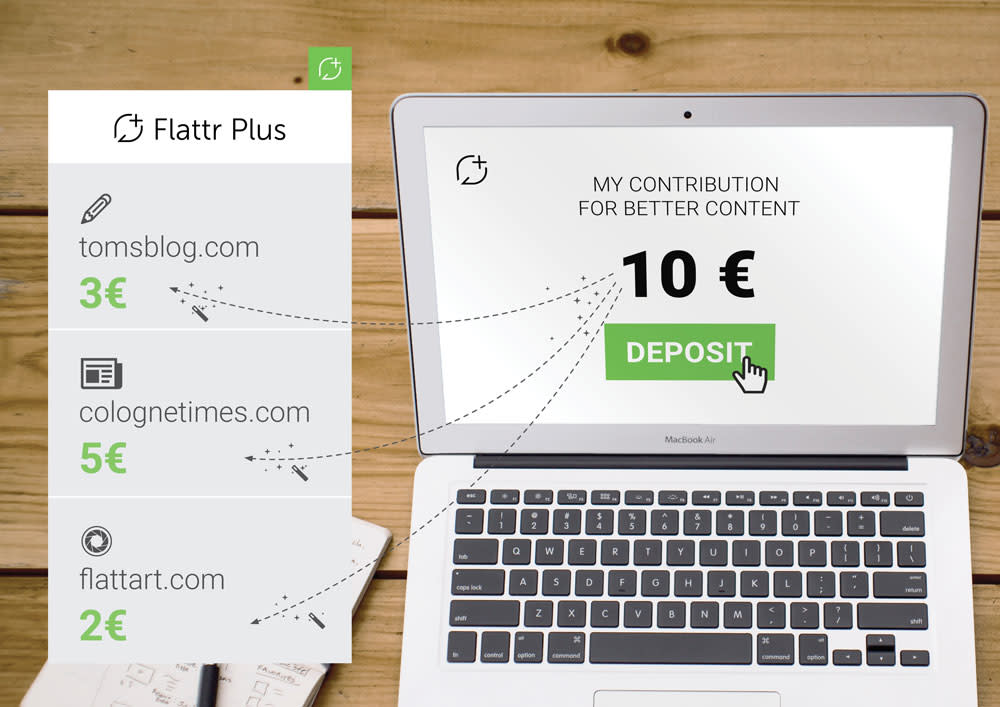 With hundreds of millions of internet users choosing to block ads, publishers are being forced to adopt new strategies to survive. Paywalls are one option, but they often put off readers who wish to visit a website just to read one article. As companies scramble to provide a middle ground between subscriptions and pay-per-story services, an unlikely new challenger has emerged: AdBlock Plus. Known for its browser apps and extensions, the service has teamed up with micro-transaction specialist Flattr to let people pay the publishers they visit most regularly.

TechCrunch reports that the new service is called Flattr Plus and comes after Eyeo, the company behind AdBlock Plus, made a small investment in its partner. The payment platform will operate as a browser extension that automatically tracks browsing activity and donates an amount based on the length and regularity of a person's visits. Users decide how much they want to pay publishers each month -- whether it's a media organization, YouTuber or podcaster -- and the system allocates royalties on their behalf.

It's a different approach for AdBlock Plus, which currently makes money from user donations and its controversial Acceptable Ads program. It invites larger publishers -- including Google, Amazon and Microsoft -- to pay a licensing fee to whitelist their services. With Flattr Plus, AdBlock Plus and Flattr will take 10 percent of monthly subscriptions and pay publishers only when they sign up. Any money donated before that happens will put aside for them.

Given that AdBlock Plus has helped to strip websites, regardless of their size, of advertising revenue, getting publishers on board could be a big ask. However, the service does differ from aggregated news services like Blendle by taking away the transaction model and awarding royalties based on engagement (just like Spotify does with music streams). Right now, the product is beta, allowing both companies to work out an acceptable way to reward that engagement. If it works out, we could see a full launch later this year.

In this article: adblock, adblocking, adblockplus, ads, culture, eyeo, flattr, flattrplus, internet
All products recommended by Engadget are selected by our editorial team, independent of our parent company. Some of our stories include affiliate links. If you buy something through one of these links, we may earn an affiliate commission.