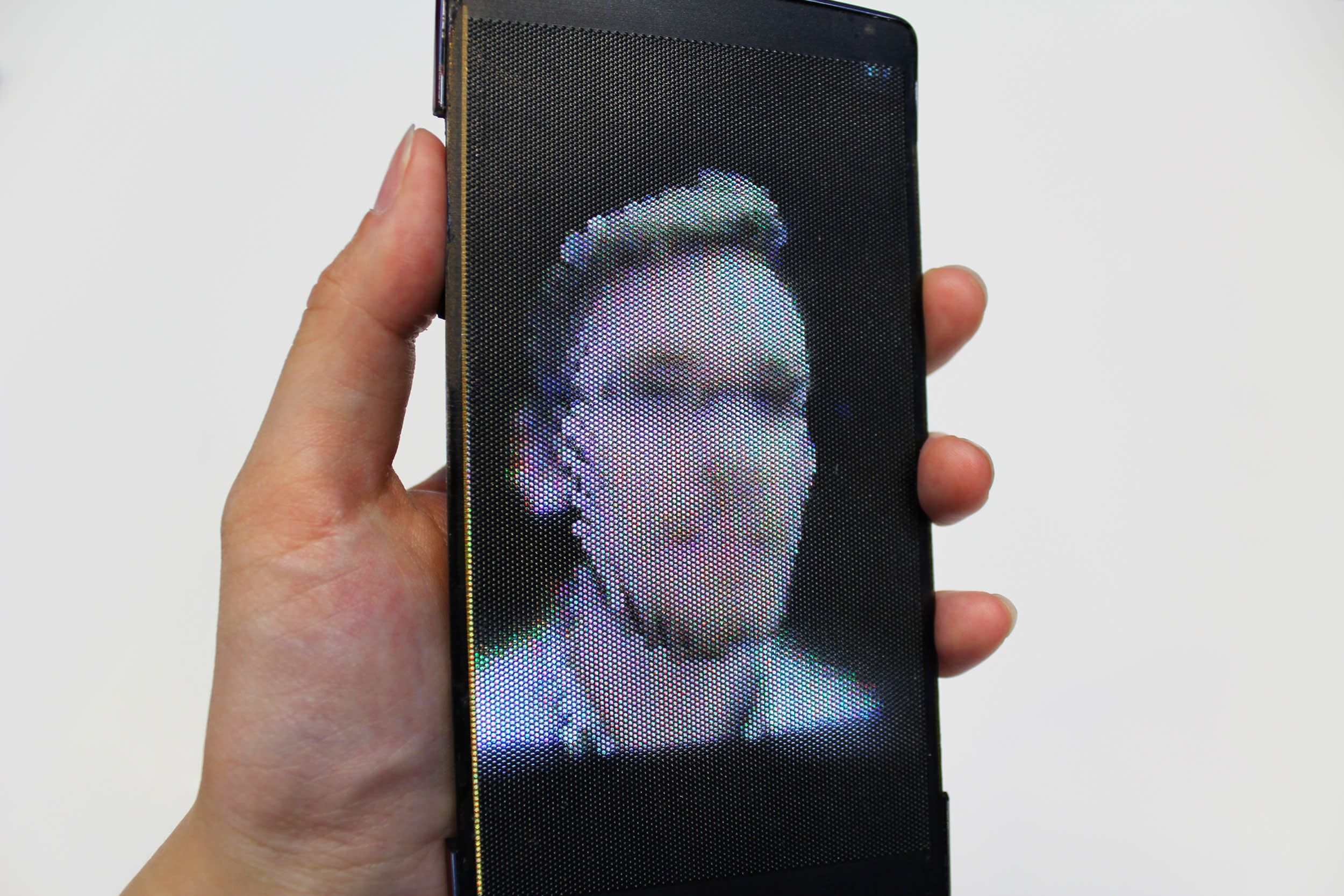 Researchers at the Queen's University Human Media Lab in Ontario have developed what they claim is the "world's first holographic flexible smartphone" display. Dubbed the HoloFlex, the display uses an array of tiny lenses overlaid onto one flexible 1,920 x 1,080 HD OLED screen and allows multiple people to simultaneously view 3D images without the need for clunky glasses, complex projectors or individual head tracking.

To achieve the effect, that full-HD display is actually broken up into 16,000 12-pixel circles, each one with its own tiny fisheye lens rendering a slightly different view of the 3D object on the screen. While the final result is a mere 160 x 104 resolution, the 3D image can be viewed from nearly any angle. As Gizmodo points out, that resolution will naturally improve as pixel densities and manufacturing processes get smaller and more precise.

The "flex" part of the HoloFlex actually comes from the integrated ReFlex display, which uses bend sensors and haptic feedback to add a third axis to the available touchscreen gestures. By bending the screen, a user can move objects forward or backward in virtual space. Or, when paired with a depth camera, the screen could allow for "holographic" 3D video conferencing where viewers can actually look around the user on the other end. (Which could prove useful if you're Skyping with someone who just got a new haircut.)

But games come first, of course, and one of the first demo applications the HML researchers built was a 3D version of Angry Birds, where a bend in the screen pulls back the virtual slingshot launch the iconic red bird into a pile of wood. Progress!

In this article: 3D, design, gadgetry, gadgets, gear, holoflex, holograms, holographic, HumanMediaLab, QueensUniversity, ReflexDisplay, science, timeline16holodisplay
All products recommended by Engadget are selected by our editorial team, independent of our parent company. Some of our stories include affiliate links. If you buy something through one of these links, we may earn an affiliate commission.