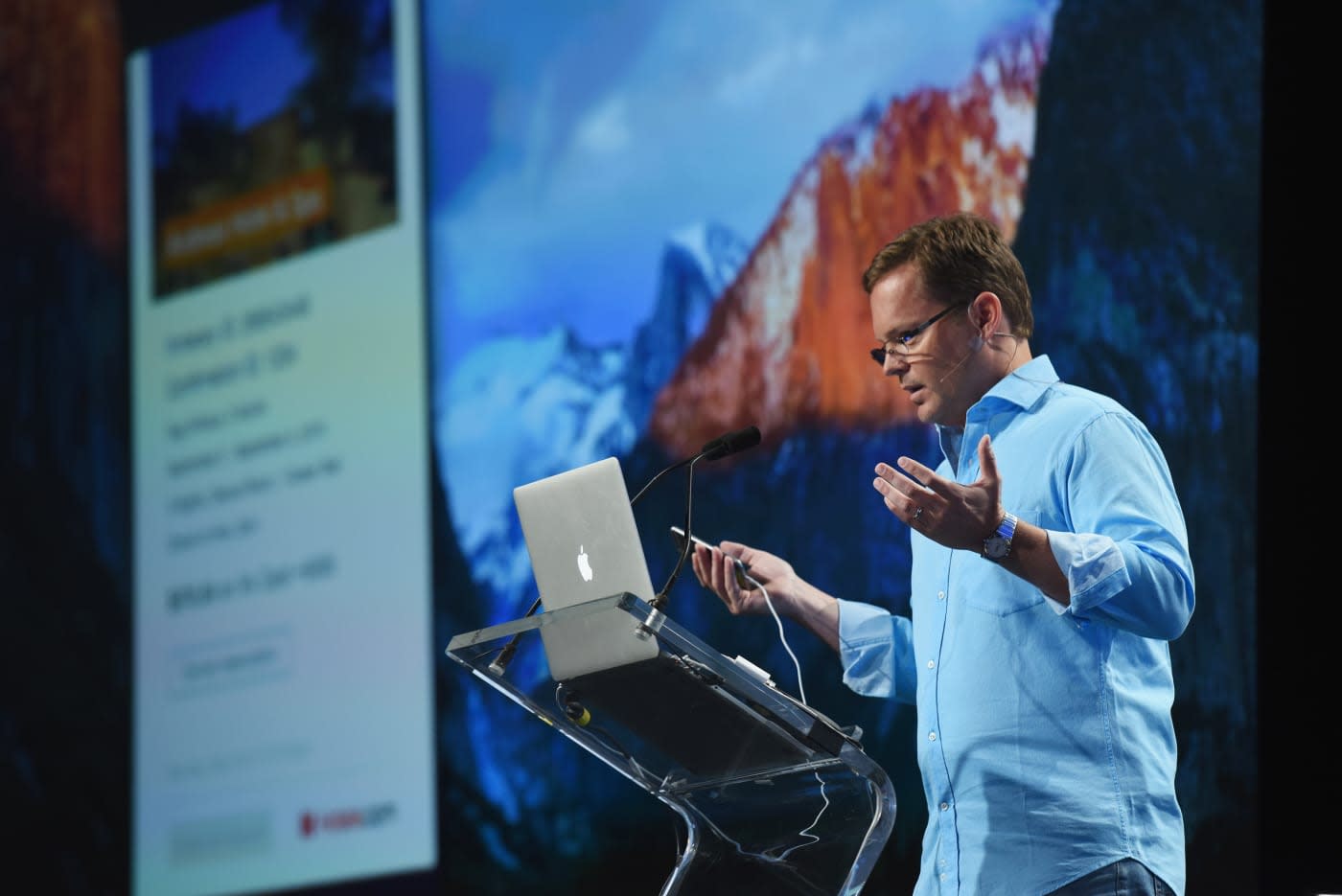 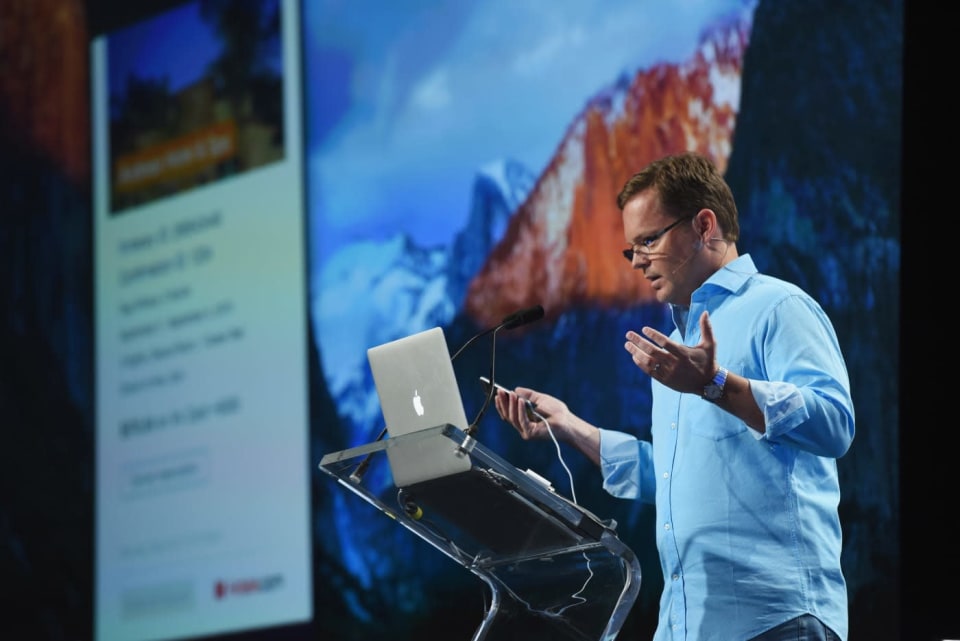 Siri made the world aware of the potential of virtual assistants, but several years after its release, it's still a bit basic. Siri can only do certain very specific tasks, and she doesn't play well with third-party services. So for its next product, Viv, the people behind Siri aimed to build a much more capable virtual assistant. And at this point, it looks like it's succeeded, judging from a brief demonstration today at TechCrunch Disrupt in New York City.

"We're going to use this technology to breathe life into the inanimate objects and devices of our life through conversation," said Siri co-founder and CEO Dag Kittlaus. Viv (which means "life" in Latin) offers an experience akin to the AI in the film Her. When Kittlaus asked, "Will it be warmer than 70 degrees near the Golden Gate Bridge, after 5 p.m., the day after tomorrow?" Viv quickly retrieved the correct hourly forecast from the Weather Underground app. (And the answer is no, it won't be that warm.)

When I posed the same question to Siri on my iPhone 6S, it pulled up the daily forecast from San Francisco for the next week, but it's unclear if it actually gave me predicted temperatures after 6pm. It also couldn't give me a direct yes or no answer. Viv doesn't yet have a virtual voice, which is one of Siri's iconic features, but Kittlaus says his team is working on one. But even without a vocal response, Viv's ability to retrieve a very specific bit of data was impressive.

Viv still relies on Nuance's technology for speech recognition, which also underpins Siri and plenty of other dictation solutions. But what makes it special is a combination of natural language technology (to determine your intent), and something called "dynamic program generation." Kittlaus calls that a patent-pending "computer-science breakthrough," and basically, it describes Viv's ability to create its own programming.

"When it understood the intent of the user, it generated this program," he said, in front of a diagram showing what Viv did to answer the above question. "This is software that's writing itself. This is an important aspect of scaling the assistant, because every other platform like it has a program manager who says, 'we're going to do movies' ... or something else, and they're going to lay out what happens. It's hard-coded. But that doesn't scale."

Most impressively, Viv put together its 44-step program in 10 milliseconds. Kittlaus also showed off how useful Viv can be for transactions. When he asked to send "20 bucks to Adam for drinks last night," Venmo popped up with a transaction ready to his friend Adam, with the comments filled out. When he asked to send his mom flowers for her birthday, up popped Proflowers with a list of arrangements right within Viv's app. He even managed to filter the results by asking "What about tulips?" and complete the transaction with the touch of a button.

Kittlaus also had Viv book an Uber for six people from his office to Madison Square Garden (it was a live demo, and he actually had to cancel the ride on stage), as well as book him a hotel room in Palm Springs for a Day weekend. This might sound like a slight leap ahead from Siri, but seeing it in action brings to mind a wealth of possibilities.

This sort of seamless conversational computing is something both Facebook and Microsoft are after with their chatbots. The big difference with Viv is that it's being positioned as a personalized assistant that will rein in the functions of other apps (and potentially their chatbots). It's tough enough sifting through dozens of apps on your phone; imagine if you had to find and use dozens of chatbots manually.

The team wouldn't make anyone available for a follow-up interview or demo, but we'll certainly be keeping a close eye on them over the next few months. Because, really, who wouldn't want an AI assistant of their own that actually works?

In this article: culture, gear, mobile, personal computing, personalcomputing, Siri, tcdisrupt, tcdisrupt2016, TechcrunchDisrupt, TechCrunchDisrupt2016, virtualassistants, Viv
All products recommended by Engadget are selected by our editorial team, independent of our parent company. Some of our stories include affiliate links. If you buy something through one of these links, we may earn an affiliate commission.