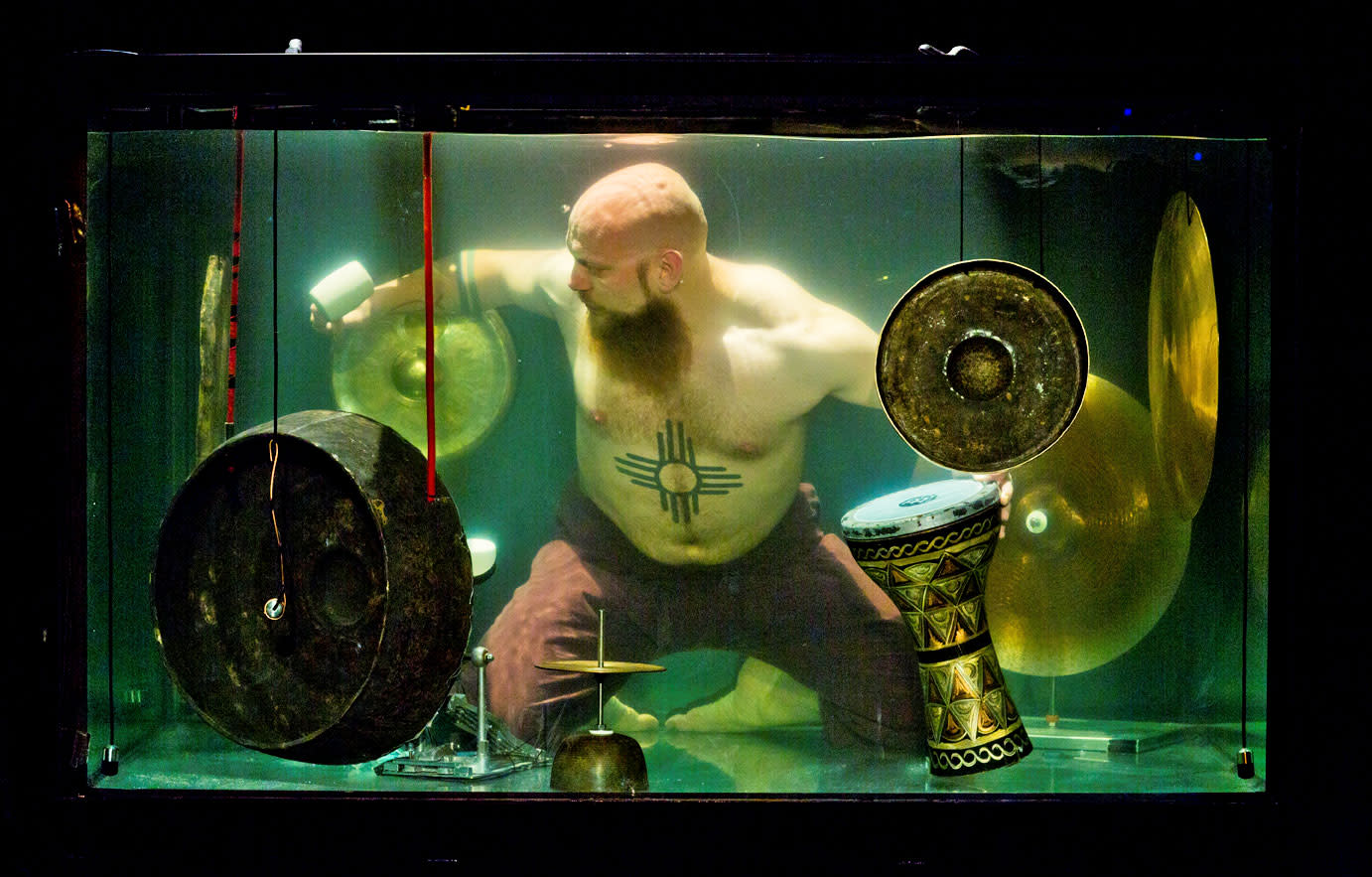 Water is a pretty strange compound. Since it's so dense, it drops the volume of sounds compared to what you'd hear on the surface. At the same time, it causes sound to travel much faster than it does through air, by roughly 400 percent. Neither of these really affect us on a day-to-day basis, but then again, we aren't performing a concert from the confines of an aquarium. We'll leave that up to AquaSonic, a band whose vocalist, according to New Scientist, devised her own singing technique to ensure that she could belt out her subaquatic notes without creating a bunch of bubbles in the process.

The reason? Those add popping sounds to the vocals. Instead, singer Laila Skovmand traps an air bubble in her mouth and sings through it. It's kind of wild. The rest of the instruments are pretty crazy too, given how traditional music-making devices are designed to work (mostly) dry. In addition to a carbon fiber violin, the band is using custom-made instruments like a rotacorda (inspired by the hurdy-gurdy), a water organ (hydraulophone) and a crystallaphone (an aquatic take on Benjamin Franklin's glass harmonica) that work with dihydrogen monoxide, rather than against it.

Beyond that, instrument maker Andy Cavorta wasn't prepared for possibly electrocuting the musicians based on the materials he used to craft their noisemakers -- metals from opposite ends of the electropotential series essentially create a wet-cell battery when submerged. That rules out a tank containing zinc and brass instruments, New Scientist writes.

If you can't make it to Rotterdam in time for AquaSonic's first show on May 27th there's an eerie teaser video embedded above. Maybe instead of just performing in aquariums, the band will eventually record their album on the highest-resolution format ever -- water -- and write a song specifically for sea creatures. Wait, Dethklok already did both of those.

In this article: AndyCavorta, aquasonic, art, entertainment, LailaSkovmand, music, rotterdam, underwater, video, water
All products recommended by Engadget are selected by our editorial team, independent of our parent company. Some of our stories include affiliate links. If you buy something through one of these links, we may earn an affiliate commission.