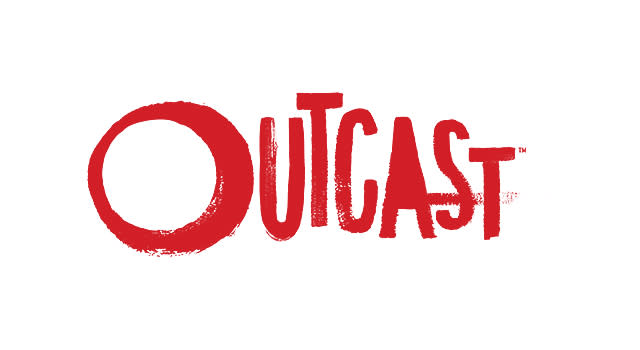 Cinemax's upcoming show Outcast will debut on Facebook Live in Europe and Africa tonight. Outcast is an adaptation of The Walking Dead creator Robert Kirkman's comic book series of the same name. Dealing with the supernatural and demonic possession, the comics are dark, scary and pretty fun. The TV show apparently sticks closely to the original's vision, offering straight-up horror and gore rather than The Walking Dead's focus on drama.

Fox has purchased international syndication rights to the show, and will air episodes in 61 countries shortly after their US transmission. It's using Facebook Live to promote the show in the territories where it has the rights. Only the pilot will stream in this way, and the series itself begins its regular TV run on June 3rd. This will be the first time Facebook's burgeoning live video service has hosted a TV series, but Fox has already experimented with the platform, live streaming a London X-Men: Apocalypse event earlier this month. Outcast will go live at 10PM CET tonight in over 61 countries, including the UK, Germany, South Africa, Spain and Sweden.

In this article: av, cinemax, comics, entertainment, facebook, fox, internet, outcast, robertkirkman, thewalkingdead
All products recommended by Engadget are selected by our editorial team, independent of our parent company. Some of our stories include affiliate links. If you buy something through one of these links, we may earn an affiliate commission.