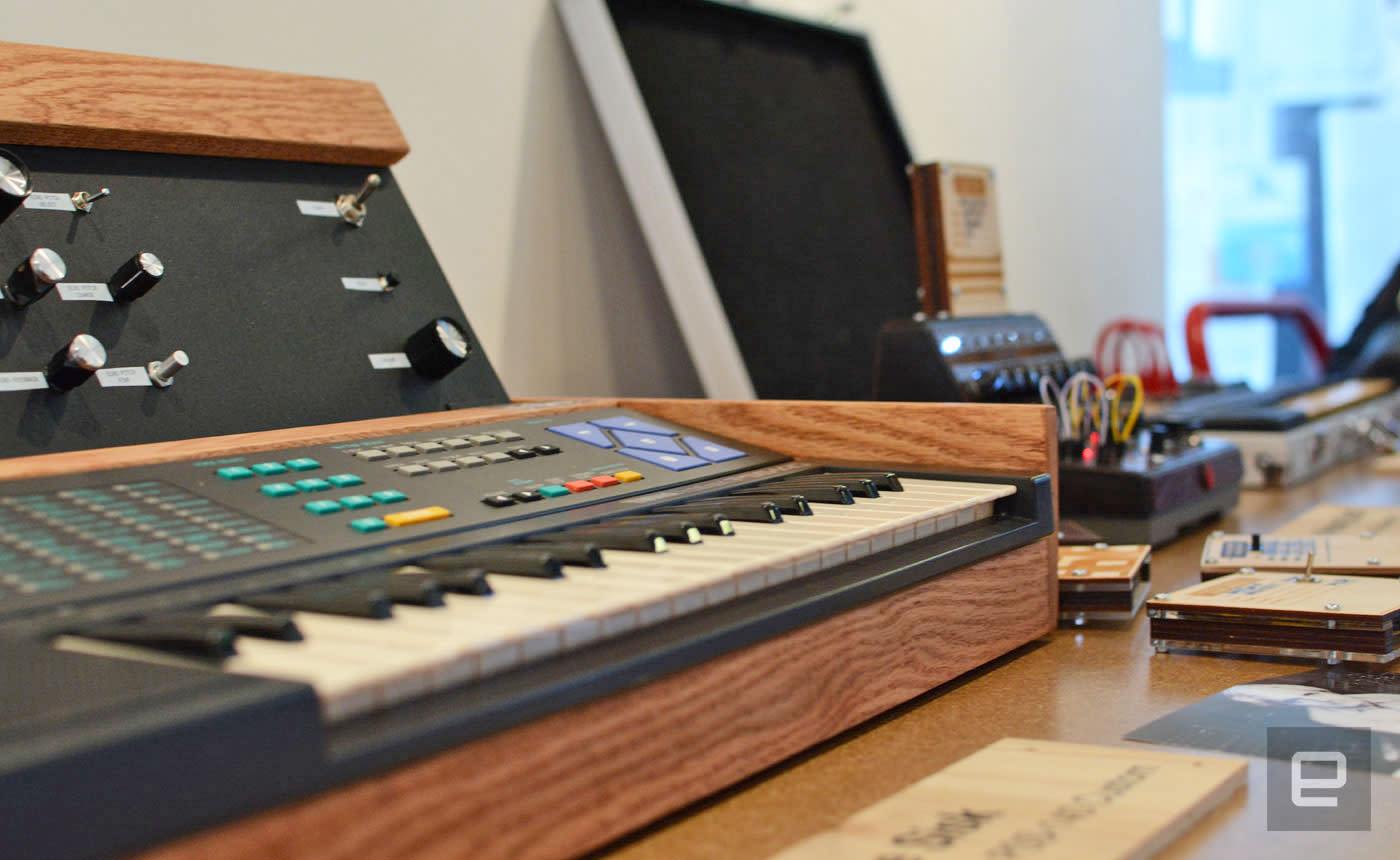 For me, one of the most interesting parts of Moogfest is the Circuit Bending Challenge. Sure, the performances and tech demos are great, but it's always a treat to see what a community of tinkerers can come up with on a tight budget of $70. I've seen everything from a wearable helmet instrument to creations that look more like a compact analog machine. This year's finalists offer some of the most polished exterior designs I've seen over the last few competitions and all three have unique sounds to match. The Vola V-System Sequencer functions much like a game console, allowing the user to insert cartridges based on the kinds of sounds they want to make. Built by Vola Noisy Stuff from Finland, the instrument can be a beat machine or a more traditional sampler depending on which cartridge is being used at the time. Due to its ability to easily add new sounds, the V-System is perhaps the most versatile of the bunch, pulling noises and effects from different children's toys. It doesn't skimp on the traditional synth controls either, as there's a patch bay and two low-frequency oscillators.

What can you do with a $9 Yamaha PSS-140 keyboard from a thrift store? Well, Mike Sisk added a LTC1799 oscillator to control the pitch and speed of the original instrument's sound bank. He then tacked on echo effects from a $5 Barbie karaoke machine and a low-pass filter and a main panel that offers knobs and switches for pitch, effects and voltage. All of that fits inside a wood frame reminiscent of classic synths, including the recently revived Minimoog Model D.

Last, but certainly not least, there's another modified Yamaha PSS-140 from Chicago-based artist Mike Tewz. For this DIY instrument though, the keys and the control panel were separated to make room for a patch bay and additional controls. Tewz also added an LED sequencer for the PSS-140's built-in drum sounds, an additional control panel and an LTC1799 oscillator module for those pitch and speed tweaks. This hacked PSS-140 rests inside a $5 poker chip case -- you know, if he needs to take it on the road to a music festival.

In this article: av, circuitbending, culture, diy, do it yourself, doityourself, hack, maker, moog, moogfest, moogfest2016, synth, synthesizer
All products recommended by Engadget are selected by our editorial team, independent of our parent company. Some of our stories include affiliate links. If you buy something through one of these links, we may earn an affiliate commission.