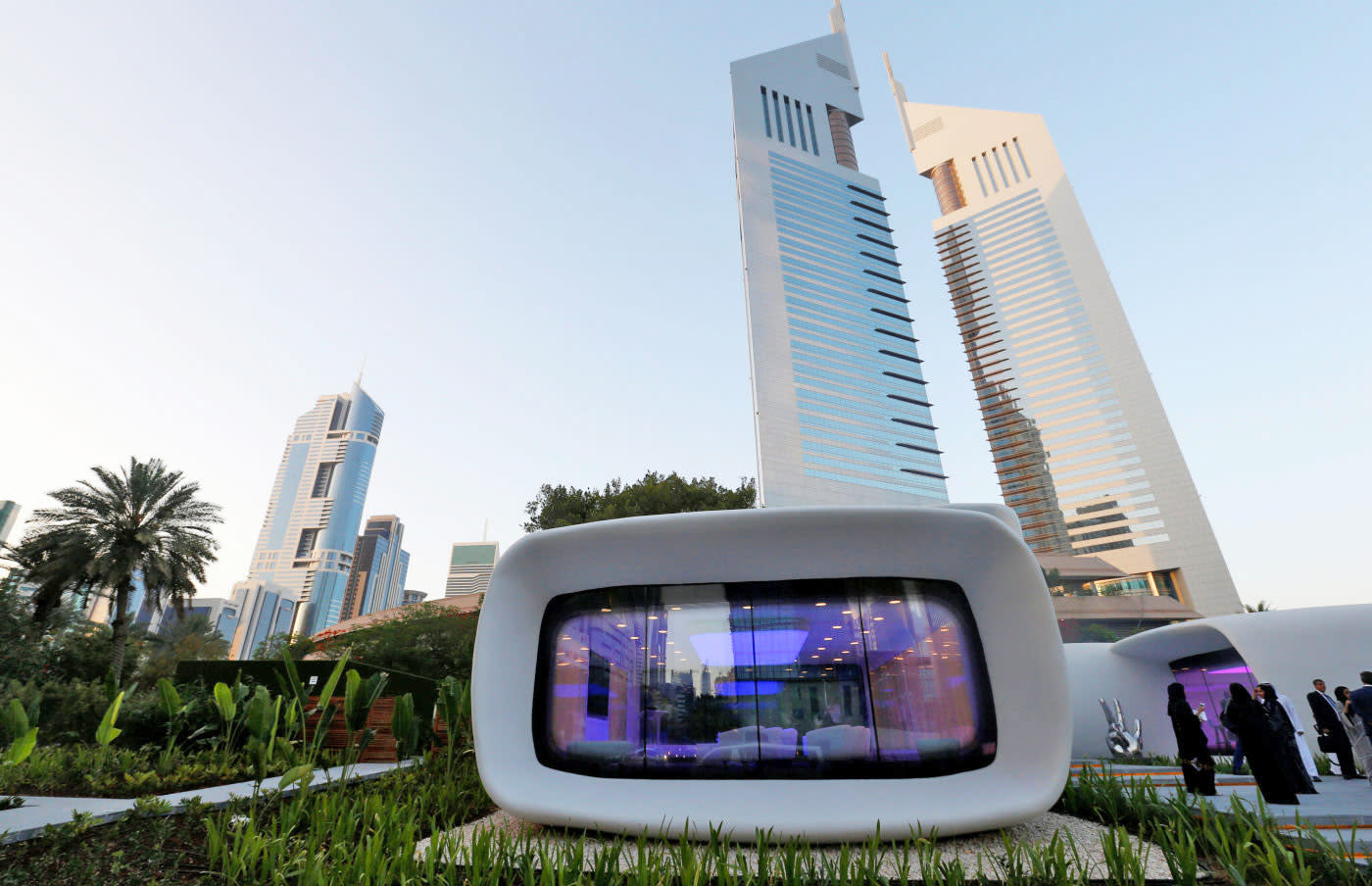 Although the "printer" was massive at about two stories tall, 120 feet long and 40 feet wide, it only needed one staffer to make sure it was functioning properly. The rest of the 18-person construction crew consisted of installers, electricians and mechanical engineers who completed the job for a mere $140,000 in construction and labor costs — or about half the price of a comparable structure built with conventional methods. Of course, the building is more than just another gold star in the UAE's ultramodern playland — it will also serve, appropriately enough, as the temporary headquarters for the Dubai Future Foundation. Next year, the structure is scheduled to become the home of Dubai's Museum of the Future.

"This is the first 3D-printed building in the world, and it's not just a building, it has fully functional offices and staff," the UAE Minister of Cabinet Affairs, Mohamed Al Gergawi said. According to Gergawi, Dubai plans to have 25 percent of the buildings in the emirate built via 3D printing by the year 2030.

In this article: 3dPrinting, building, construction, culture, design, dubai, green, science, timeline163dprintbig, UAE, UnitedArabEmirates
All products recommended by Engadget are selected by our editorial team, independent of our parent company. Some of our stories include affiliate links. If you buy something through one of these links, we may earn an affiliate commission.