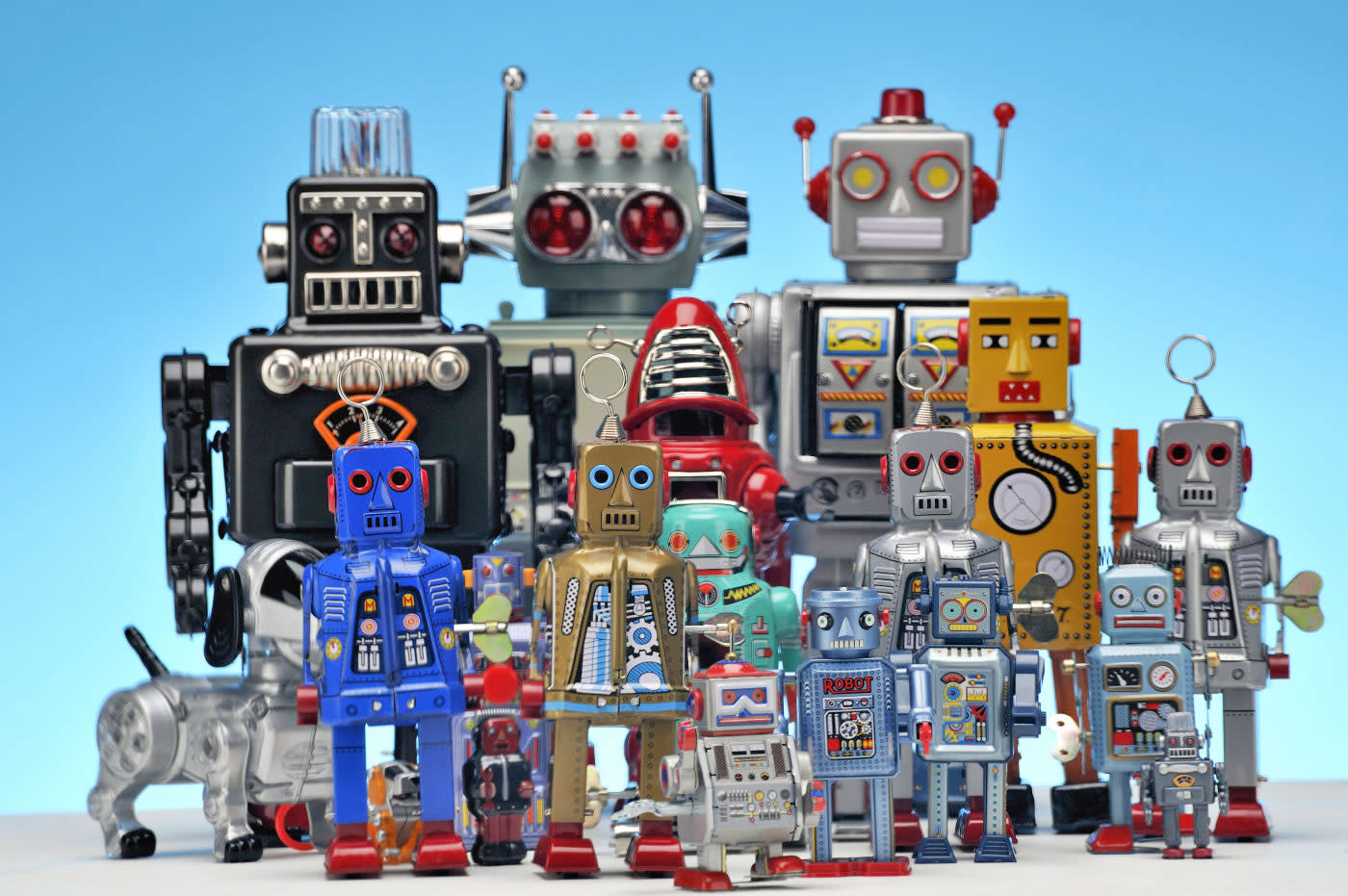 AI that picked Oscar winners could predict the next US president

UNU will use 'human swarm intelligence' to make political predictions on Reddit.

There's strength -- and intelligence -- in numbers. Unanimous A.I., a Silicon Valley startup, has built a platform that taps into the collective knowledge of a group of people to form its own opinions, preferences and surprisingly accurate predictions. The software, dubbed UNU, successfully guessed last year's Oscar winners (11 out of 15 categories) and most recently predicted the winning horses in the Kentucky Derby. Now the "artificial swarm intelligence" is hosting its first AMA on Reddit, where it will respond to questions pertaining to the US presidential elections.

Unlike robotic AIs that are being built to emulate the human brain, UNU works with existing human intelligence instead of replicating it. The platform, which is open to the public, allows a group of people to converge on an answer in real time. While a swarm of seven predicted the Oscars, the Derby decision came from 20 people. For the AMA at 1 p.m. EDT today, the group that will make political predictions is expected to range from 100 to 200 people.

The participants will come from UNU's user base, which has already answered fantasy football and cooking queries. The decision-making process, which will be live on YouTube through the AMA, is straightforward. When the users sign in, they are presented with a question and its potential answers. The group has 60 seconds to drag a puck toward a chosen answer with a graphical magnet. While each participant can see only his or her own puck, the group arrives at a collective decision that best represents the intelligence of the swarm.

UNU's human-based group intelligence follows the natural workings of insects like bees that tend to find solutions in swarms. There's a lot to learn from these hard-working honey producers that thrive in togetherness, live in well-organized colonies and work in groups to find solutions for their community. As supporting evidence from nature, Louis Rosenberg, CEO of Unanimous A.I., points to a study that looked into the decision-making tactics of honeybees.

Around early summer every year, a couple of hundred bee scouts split from a hive of thousands in search of a new home. When they spot a branch in a tree or a hole in the wall with the potential to make a good nest, they bring that information back to the colony, where instead of casting buzz votes, the bees break into a "waggle dance" to communicate their preferences.

Based on the bodily movements, the swarm reaches a decision. "They negotiate in real time through body vibrations and converge on a solution for the whole group," Rosenberg tells Engadget. "Biologists have found that bees will pick the optimal site almost 80 percent of the time. No individual bee can understand the question or find and evaluate the site. But when a group of bees form swarm intelligence, it functions as a brain of brains. It [operates] like a neural network."

Like the bees that swarm or birds that flock, the artificial intelligence of UNU is based on the idea that people can be smarter together. "Nature has shown that by allowing groups of similar organisms to function in a closed-loop system they can become smarter than any single individual in that system," says Rosenberg. "In fact, it becomes a super-organism." The collective wisdom gives the swarm the ability to make decisions, have opinions and even take on a unique personality.

Since the system relies entirely on human knowledge and even instinct, it's easy to think of it as a kind of crowdsourcing platform for opinions and intelligence. But according to Rosenberg, UNU doesn't work like a poll or a survey that finds the average of the opinions in a group. Instead, it creates an artificial swarm that amplifies a group's intelligence to create its own. For instance, when predicting the Derby winners, the group picked the first four horses accurately to win $11,000 in a grand bet called Superfecta. But when asked individually to make the same predictions, none of the participants had more than one winning horse.

"Collectively, they make an expert," says Rosenberg. "The individuals who participate in the swarm don't have the answers that the swarm does. They got one horse right on an average. But even though no single individual in that swarm came close, the swarm was right."

Experiments in predictions, like picking Derby winners or Trump's potential running mate, validate the premise of UNU: The intelligence of the swarm is greater than the sum of its participants. It builds the evidence for the effectiveness of collective thinking. But it also highlights the fact that an intelligent system can be built with human knowledge at its core.

"We see swarm intelligence as a way to build systems that keep humans in the loop," says Rosenberg. "Unlike AI, [where] we're creating an intelligence from scratch that we have no reason to believe will share human values or interests or even act in ways that we as humans understand. When we're building artificial neural networks we're building an alien intelligence. But with swarm intelligence, we're amplifying what's most human about us rather than replacing it. UNU inherently has human values and interests in the system."

While the human swarm system sounds safer than its robotic peers, its accuracy and superiority has yet to make an impact beyond the predictive format in which it's being tested. But if the idea sticks and takes on a large number of global users, UNU eventually could turn into a "superexpert." Rosenberg presents the idea of a medical swarm of doctors that can accurately diagnose a disease. "Instead of relying on a single expert you'd have a group of experts who can collectively come up with answers that are significantly more insightful than individuals working on their own," he says. "What we'll see is the ability to democratize expertise."