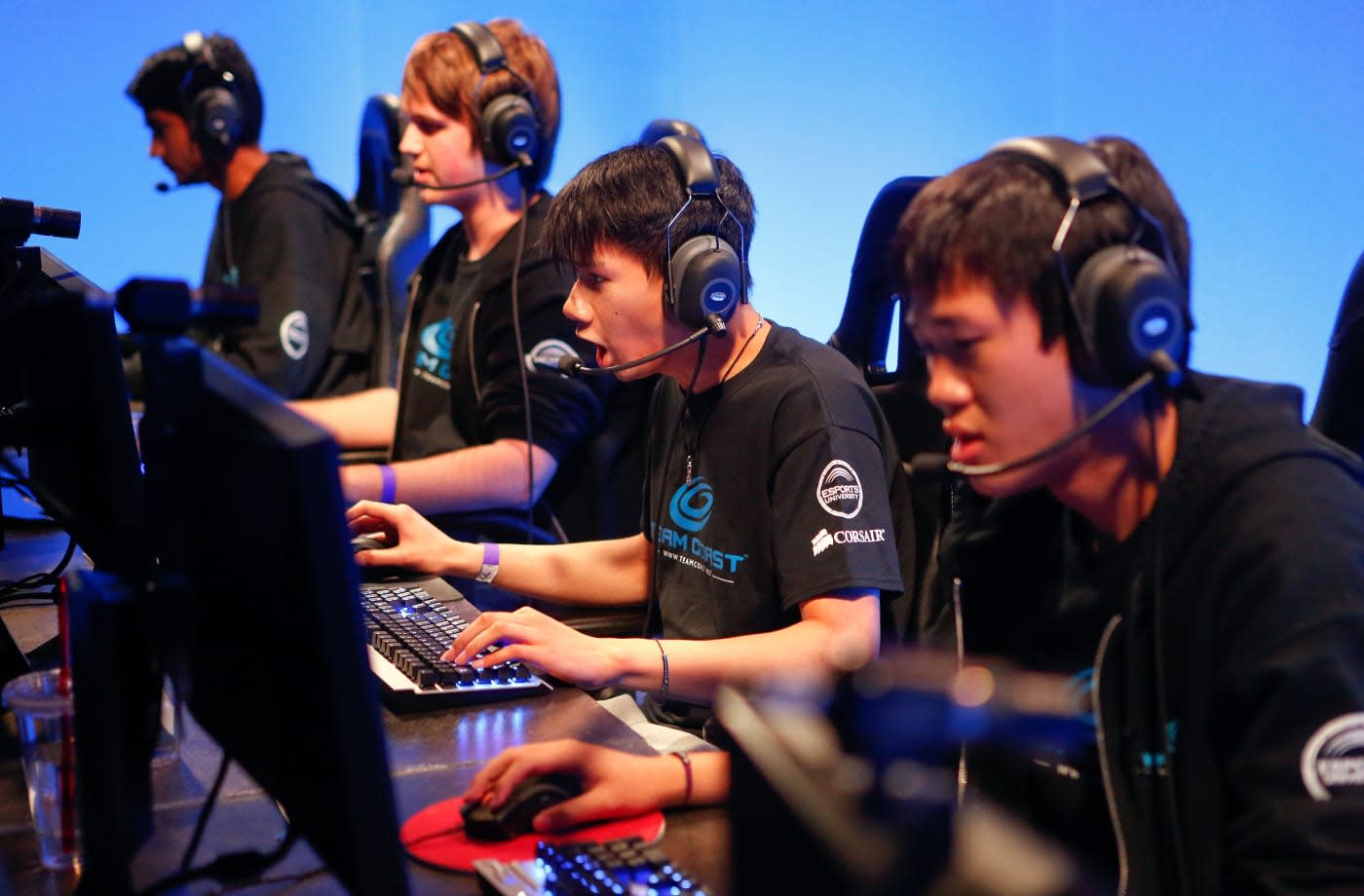 The UK will soon have it own 24-hour eSports TV channel, covering multiplayer video games such as Counter-Strike: Global Offensive and Dota 2. Ginx eSports TV is a relaunch of the existing Ginx TV channel, which covers a broader range of gaming culture. It's currently available online and through Virgin Media; for its relaunch on June 23rd, it'll also be coming to Sky as part of the broadcaster's "Original" TV bundle. Today, Sky and ITV are also announcing that they've taken minority stakes in Ginx.

Video game publishers and league organisers already offer their own eSports coverage. Gfinity, for instance, has live commentary and studio analysis for all of the tournaments it holds in London. Ginx has a studio in the English capital and will be using this for its own live commentary and post-match discussions. When the company shows live match feeds, however, it'll be working with tournament holders to splice in their respective shoutcasters and pundits -- when it makes sense, of course.

Ginx says it wants to cover "the widest possible range of games and international tournaments." These include Turner's ELEAGUE tournament, FACEIT's eSports Championship Series, and Valve's The International for Dota 2. These live showcases will be supplemented with "unique, independent programming" produced by Ginx's team in London.

The growing popularity of eSports is undeniable. What's unproven, however, is whether that interest can be reproduced and sustained on a traditional TV channel. Sky and the BBC have both experimented with eSports coverage in the UK, but have so far been hesitant to commit a regular show or programming slot. ESPN is a little more serious, having recently launched a dedicated section on espn.com. A 24-hour TV channel is, in comparison, a bold play, and should serve as a useful litmus test for other, more established TV broadcasters considering similar ideas.

In this article: av, entertainment, esports, gaming, ginx, ginxesportstv, ginxtv
All products recommended by Engadget are selected by our editorial team, independent of our parent company. Some of our stories include affiliate links. If you buy something through one of these links, we may earn an affiliate commission.