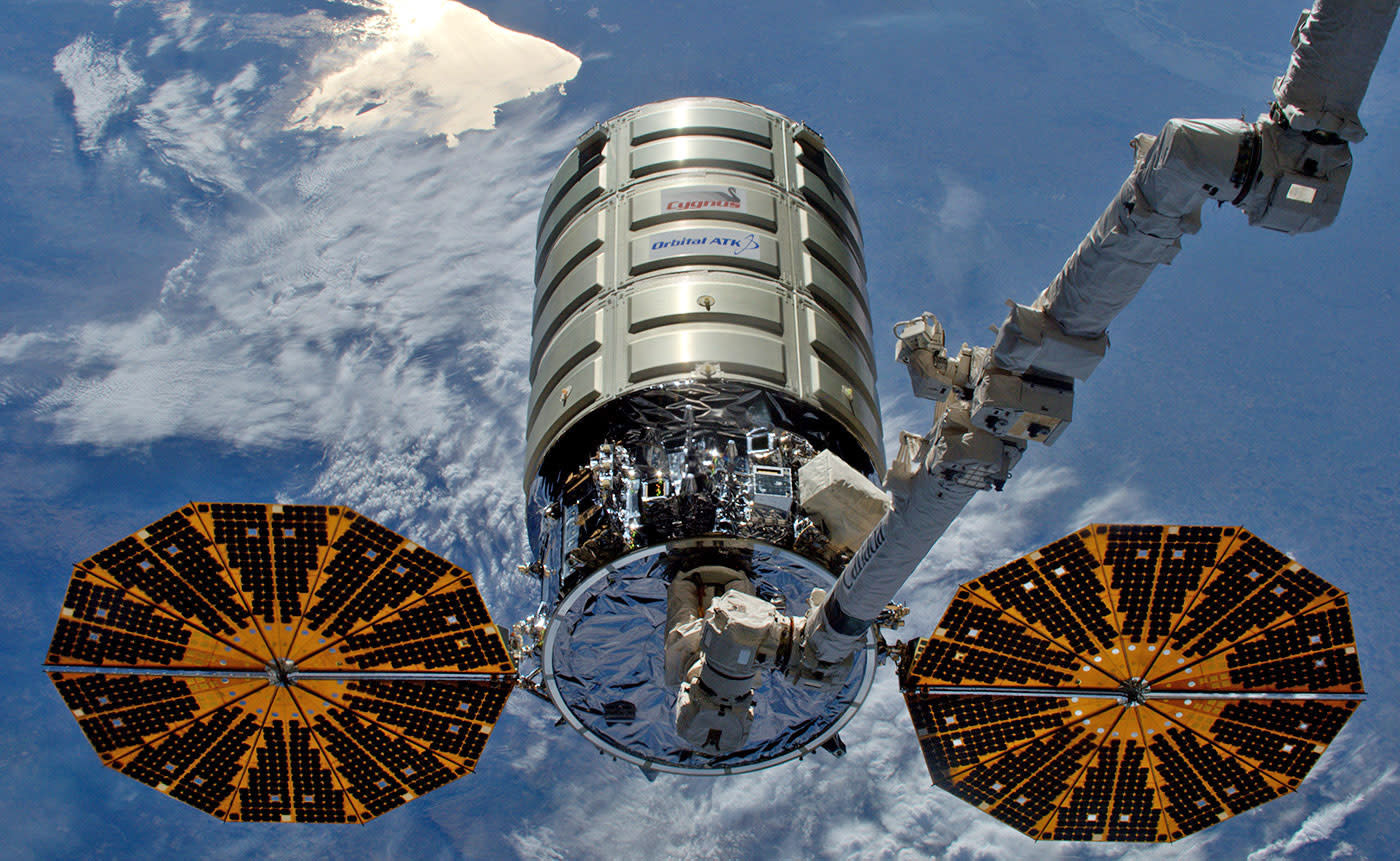 As part of its efforts to ensure the safety of spacefarers, NASA set a 16x37-inch block of cotton-fiberglass material on fire aboard a spacecraft that's making its way back home. Since the largest material NASA ever burned in space before this was the size of an index card, this is now officially the biggest fire experiment conducted outside our planet. The Spacecraft Fire Experiment or Saffire-I, as it's officially called, happened aboard the Cygnus spacecraft that ferried the ISS' largest delivery back in March.

NASA's Glenn Research Center created a special module for the undertaking to make sure the flames don't spread out. They then triggered the experiment from the ground a few hours after Cygnus left the ISS on June 14th. The spacecraft traveled a thousand miles before the sample stopped burning, so you can expect quite a few images from the agency. Glenn's researchers are still waiting for data to arrive, though -- you'll have to wait at least 24 more hours to see them.

Update (06/16/16): NASA has uploaded videos of the experiment to give you a glimpse of what happened on board. The "green screen" in the videos is actually the module that houses the experiment:

Still patiently waiting to receive #Saffire data containing imagery from yesterday's experiment. It could be another 24 hrs.

In this article: cygnus, glennresearchcenter, iss, nasa, saffire, saffire-1, science, space
All products recommended by Engadget are selected by our editorial team, independent of our parent company. Some of our stories include affiliate links. If you buy something through one of these links, we may earn an affiliate commission.