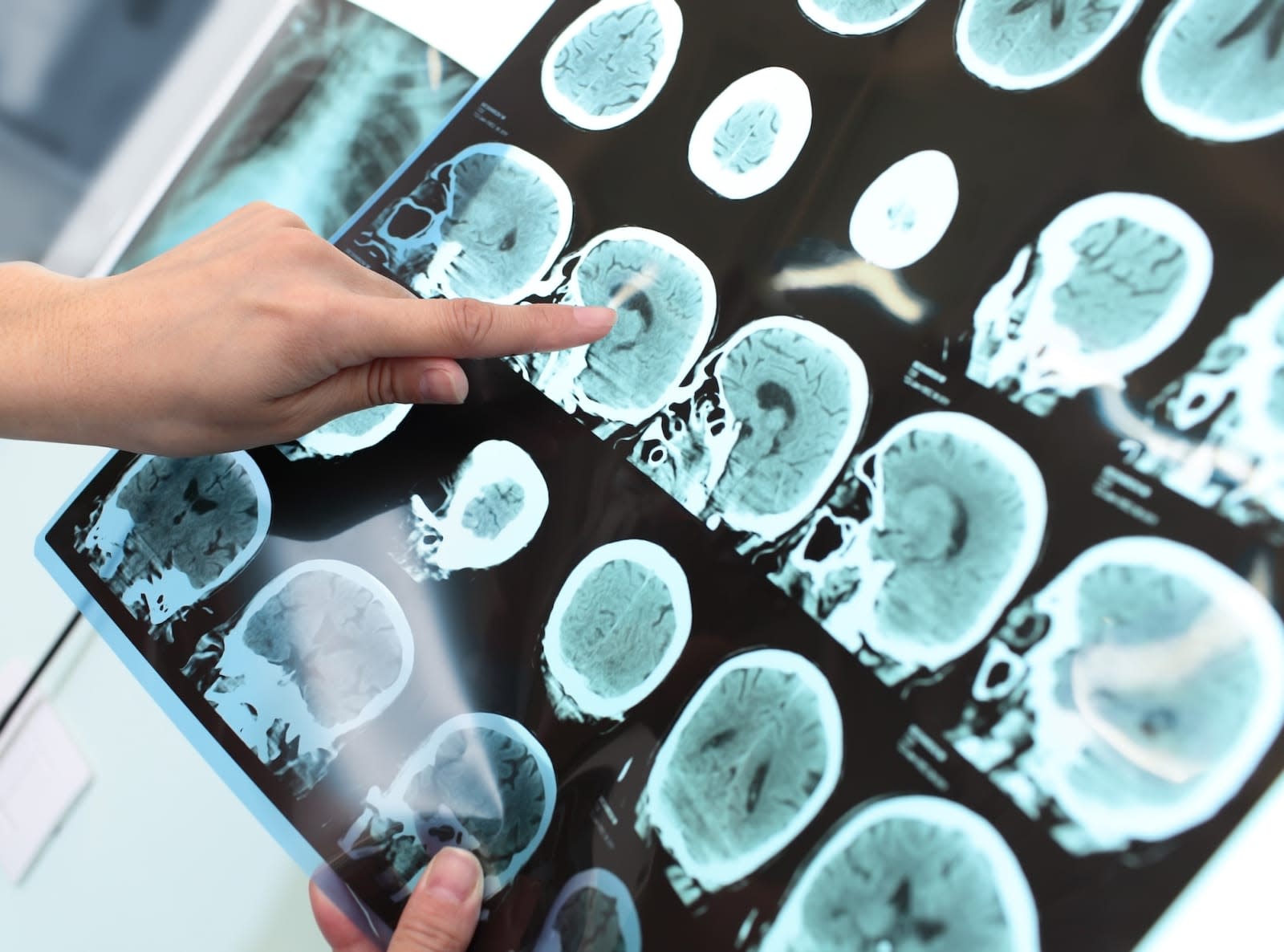 One of the biggest problems with brain cancer treatment is that only a limited amount of chemotherapy drugs make it through. See, our brain's blood vessels are tightly lined with cells to keep out toxins and pathogens. The bad news is that it also hinders medicine from reaching tumors. A team of French scientists have recently tested a promising answer to that issue: an ultrasound implant that they designed to temporarily make this "blood-brain barrier" permeable. They ran a pilot with 15 patients suffering from glioblastoma, an aggressive form of brain cancer, and results showed that their technique successfully allowed more medicine to pass through.

Doctors can implant the small (11.5mm-diameter) device, officially named SonoCloud, when they remove parts of a tumor or take tissue samples for biopsy. When it's time to administer chemo, they'll inject microscopic bubbles into the patient's bloodstream, which pass through those tightly guarded blood vessels. They'll then activate the device to beam ultrasound into the brain for two minutes to excite the microbubbles. The vibrating bubbles open the barrier to chemotherapy drugs for up for six hours, letting in five to seven times the amount of medicine that typically make it to tumors in the brain.

Despite demonstrating that the technique works, the team still has to conduct a bigger clinical trial. Dr. Ekokobe Fonkem, a neuro-oncologist from Texas, told HealthDay News that the researchers still have to prove that it doesn't cause side effects. "They have to make sure there is no room for bacteria to get into the brain and cause meningitis, which can be fatal." And that's exactly what the team wants to do. The team plans to raise money to conduct a bigger clinical trial in 2017, involving 200 patients from Europe and the US. If everything goes well, the team said SonoCloud could be commercially available as soon as 2020.

In this article: brain, cancer, chemotherapy, clinicaltrial, france, medicine, science
All products recommended by Engadget are selected by our editorial team, independent of our parent company. Some of our stories include affiliate links. If you buy something through one of these links, we may earn an affiliate commission.