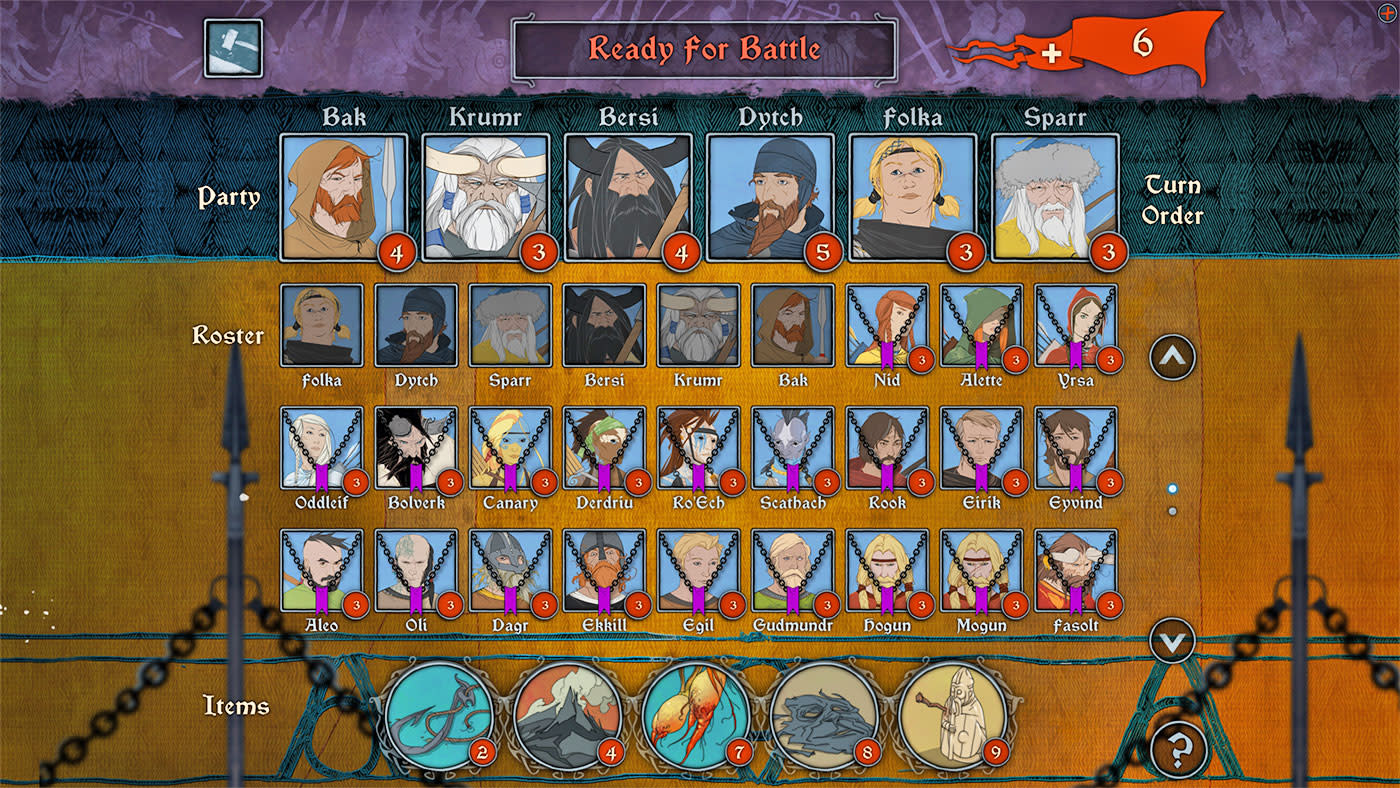 The Banner Saga 2 builds upon Stoic's brilliant Viking-fantasy universe, and it's about to get a little bit bigger. Survival Mode is available today as a free update to Banner Saga 2, allowing players to assemble teams from a large swath of existing heroes and then pit them against enemies in 40 back-to-back, turn-based strategy matches. Once a hero dies, he or she is gone for good, but each victory grants players a form of in-game currency called Renown, allowing them to add fresh fighters to their teams. Items drop during combat and there's a 30-second timer keeping the matches moving quickly. "Survival Mode is something we've been working on behind the scenes for a while now," Stoic technical director John Watson said in a press release. "This is an entirely new experience within Banner Saga 2. Our goal was to create a fun, tactical game mode where fans can play from a different perspective which focuses on strategy and the hard cost of death in combat. We modified how the combat worked from the core game based on feedback from our community and put it through a closed beta to make sure that it was fun."

Banner Saga 2 hit PC and Mac on April 19th, and it's scheduled to land on Xbox One and PlayStation 4 on July 26th. It's due to hit mobile this summer, as well. The original Banner Saga landed in 2014 and it was a breath of fresh Nordic air.

In this article: av, BannerSaga2, DLC, gaming, personal computing, personalcomputing, stoic, stoicstudio, survivalmode, thebannerdoge, thebannersaga2, update
All products recommended by Engadget are selected by our editorial team, independent of our parent company. Some of our stories include affiliate links. If you buy something through one of these links, we may earn an affiliate commission.