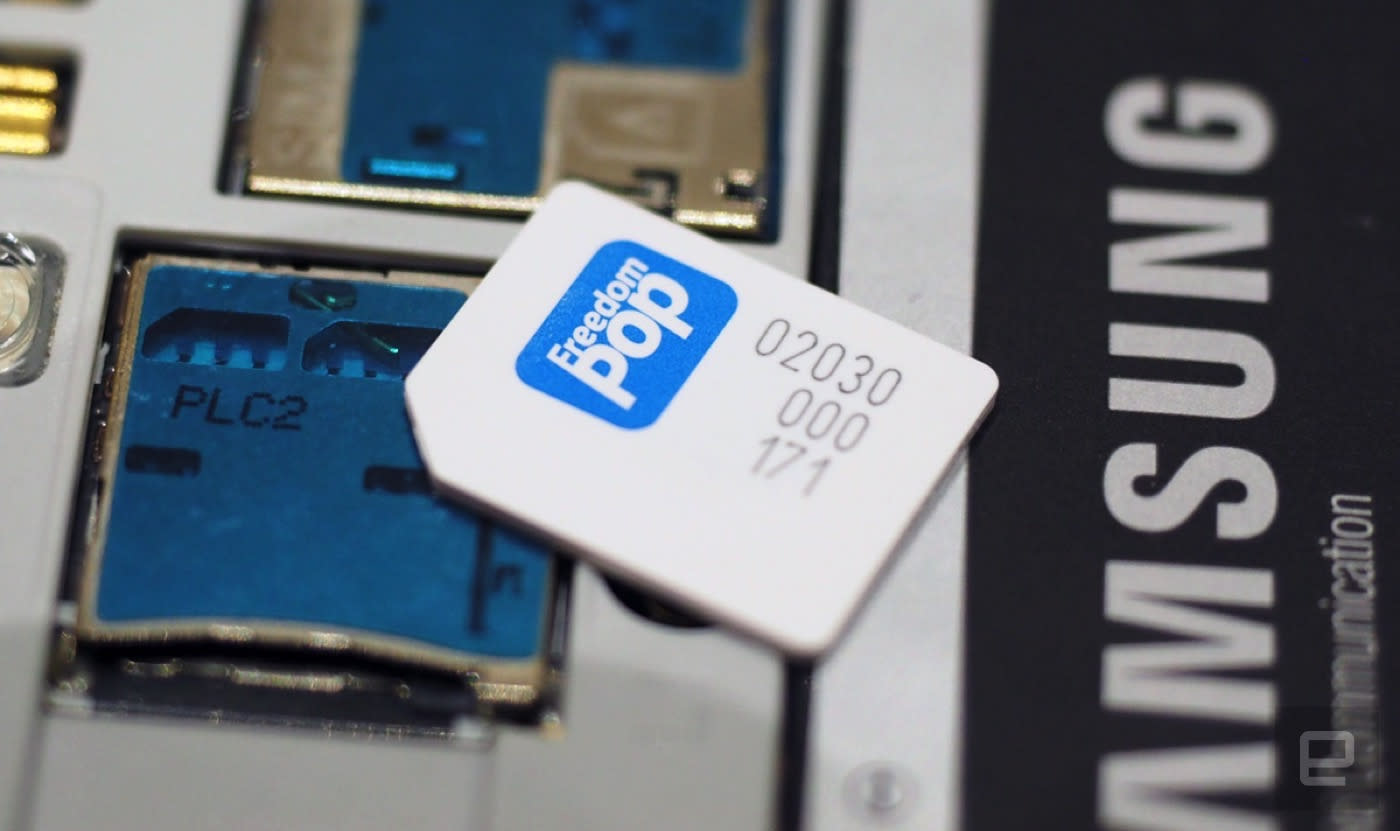 Mobile provider FreedomPop is best known for its Basic 200 tariff, which gives users 200 minutes, 200 texts and 200MB of 4G data each month absolutely free. The company balances the books by way of overage charges and various paid, bolt-on features, as well as offering premium plans on 30-day contracts. And the latest of these is nothing short of bonkers. FreedomPop's currently offering a SIM-only tariff with unlimited calls, unlimited texts and 10GB of data each month for a mere £10 per month.

First, the bad news: This is a time-sensitive offer. Though FreedomPop tells us it might decide to widen the window, as it stands this deal will disappear towards the middle of next week -- to be replaced by the usual 2GB top-tier plan. Usually we'd ignore such a transient promotion, but then, there's the good news: The 10GB tariff itself is permanent. That means as long as you jump on the deal before it expires, unlimited calls, texts and all that data will be yours for £10 per month.

If that sounds like insanely good value, you're right -- the only minor inconvenience being FreedomPop's reliance on mobile apps to handle calling and messaging (it's primarily an "over-the-top," data-supported service, you see). Take a look around and you'd be hard-pressed to find anything comparable. Among the four major carriers, for example, Three's £11 per month deal is the best around, and that only provides 200 minutes, unlimited texts and 500MB of data.

In this article: culture, freedompop, mobile, wireless
All products recommended by Engadget are selected by our editorial team, independent of our parent company. Some of our stories include affiliate links. If you buy something through one of these links, we may earn an affiliate commission.