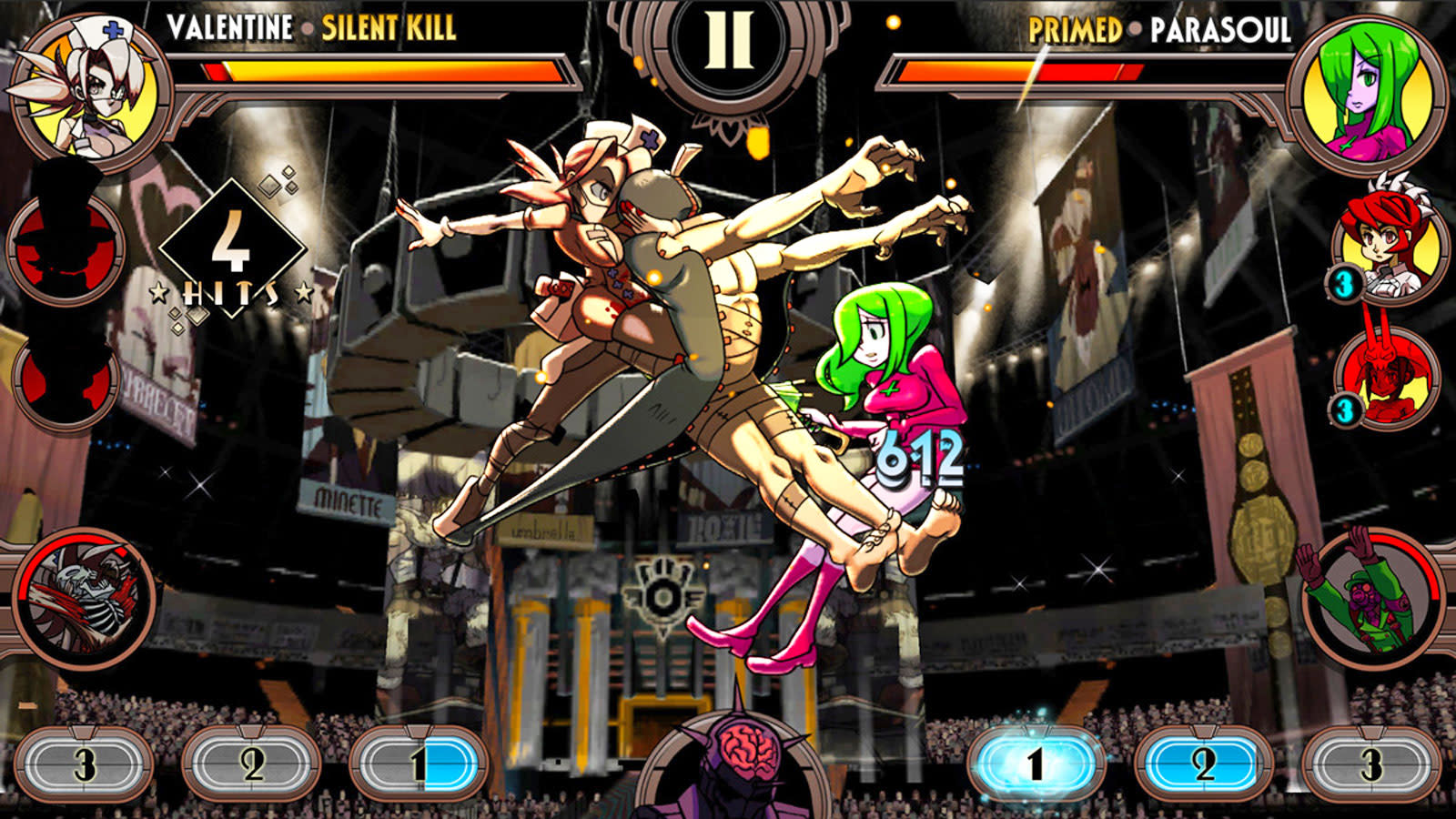 Lab Zero's hyper-stylized fighting game Skullgirls has been available on almost every modern platform at some point in its history, but you couldn't play it on your smartphone... until now. Hidden Variable (best known for producing versions of Threes) has revealed that it's developing a Skullgirls game for Android and iOS that shakes up its formula. Rather than making a straightforward brawler, the studio is adding role-playing elements -- you collect, equip and upgrade characters as they progress through the story. There's even a Fight Assist option that lets you focus more on the bigger picture and less on the moment-to-moment action.

The title is only slated to arrive sometime before the end of the year, but you can apply to get into the closed beta right now. You'll probably want a fairly high-end device, though, as Skullgirls mobile reportedly needs a "little extra moxie" to run smoothly. The big question: how much will it cost to play? Here's hoping the collectible element doesn't mean a heavy dependence on in-app purchases. While Skullgirls has built up a good reputation over the years, it won't be so much fun if you have to pay extra (or grind for hours) to unlock fan favorite characters like Parasoul or Valentine.

In this article: android, fighting, games, gaming, hiddenvariable, hiddenvariablestudios, ios, labzero, labzerogames, mobile, rpg, skullgirls, smartphone, video, videogames
All products recommended by Engadget are selected by our editorial team, independent of our parent company. Some of our stories include affiliate links. If you buy something through one of these links, we may earn an affiliate commission.