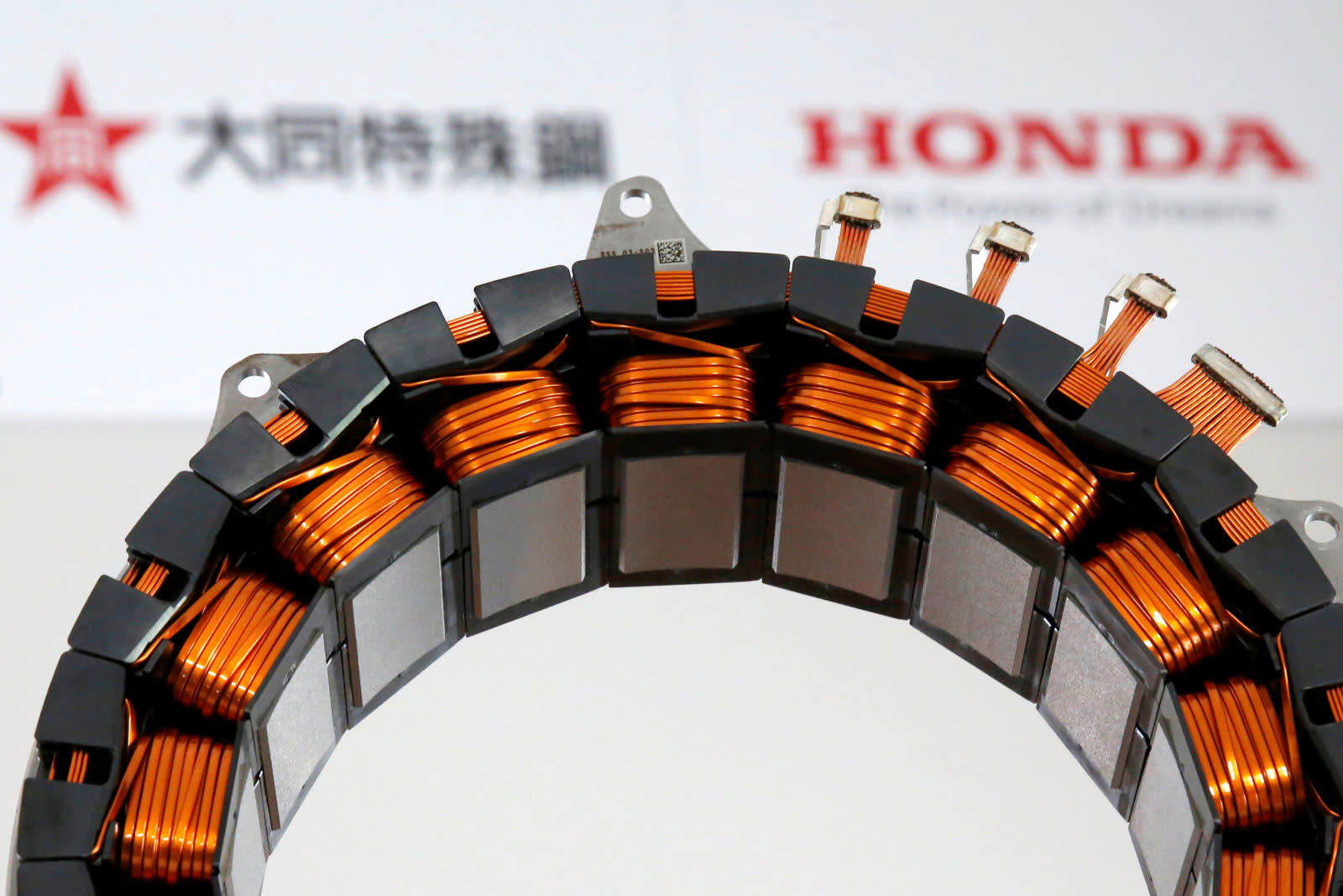 Honda pledged to reduce its use of rare earth metals a decade ago, and the automaker took another step towards that goal this week. It unveiled its new hybrid motor that was co-developed alongside Daido Steel, another Japan-based company. The new motor doesn't use heavy rare earth metals like dysprosium and terbium, instead relying on magnets from Daido Steel that cost 10 percent less and weigh 8 percent lighter than the previous components. In fact, the automaker is the first to develop a hybrid motor that doesn't use the heavy metals. Honda says the new engines will reduce its reliance on the pricey rare earth metals that are primarily supplied by China.

The new hybrid motors will make their debut in the compact Freed minivan this fall, a vehicle that's already on the road in Asia. Honda also noted during the announcement that not only would cutting out the rare earth metals save money, but it would also reduce the potential for price fluctuations on the materials it uses to build the engines. The new motors don't nix rare earth elements entirely though, as the new version still has neodymium which is found in North America, Australia and China.

In this article: engine, gear, honda, hybrid, motor, rareearth, rareearthmetals, transportation
All products recommended by Engadget are selected by our editorial team, independent of our parent company. Some of our stories include affiliate links. If you buy something through one of these links, we may earn an affiliate commission.