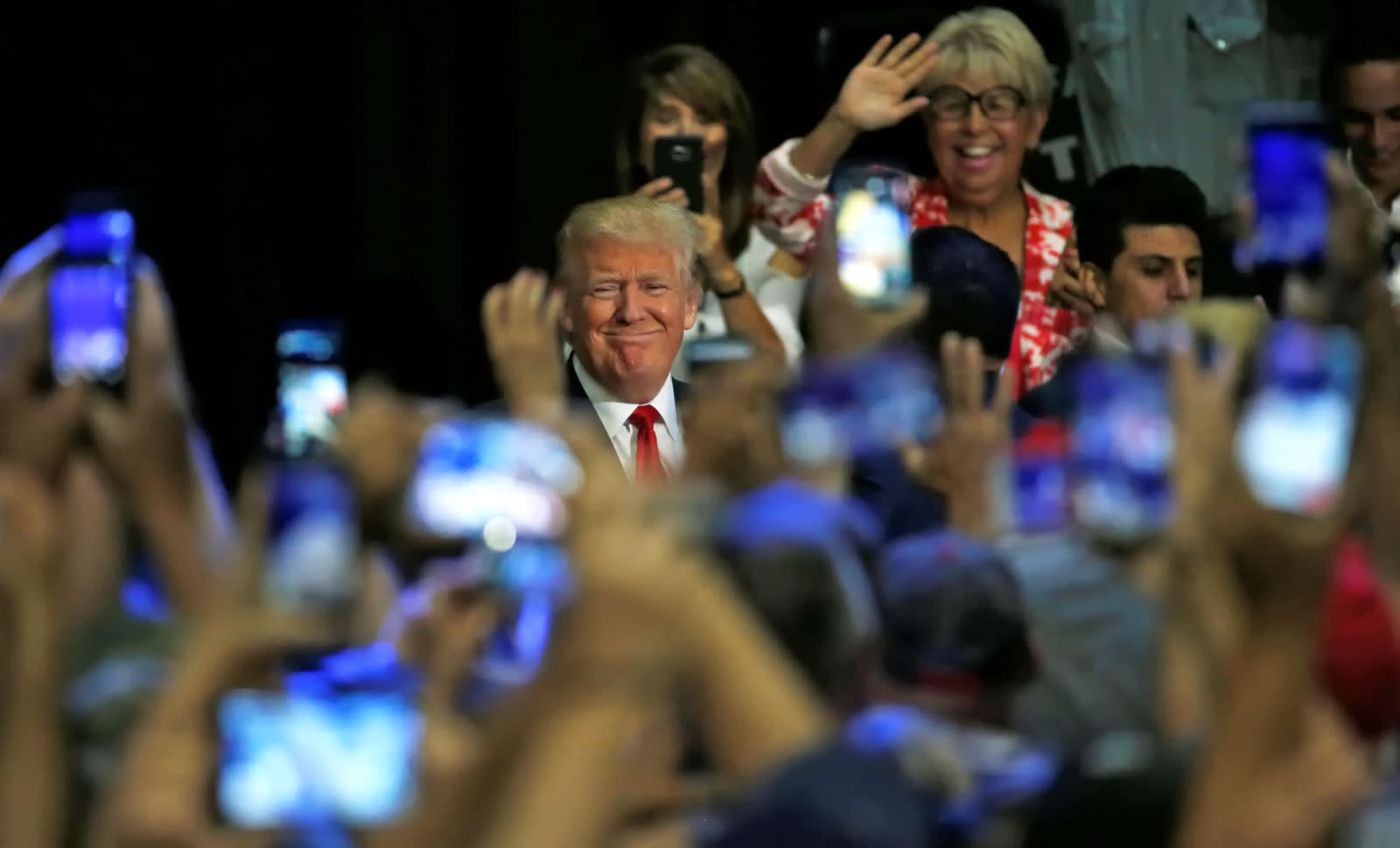 While at least one notable tech billionaire is willing to openly support Donald Trump's presidential campaign, a whopping 145 other leaders from major tech companies like Facebook, Twitter, Google, Yelp, Tumblr, Slack and even Steve Wozniak himself have banded together to publish an open letter denouncing Trump's "divisive candidacy." The list of names ranges from CEOs and founders, to VCs and law professors and they're making it clear they speak for themselves rather than their respective companies, but the message couldn't be more clear: some of the biggest influencers in tech believe a President Trump would kill America's innovative spirit.

"We believe in an inclusive country that fosters opportunity, creativity and a level playing field," the letter, originally posted on Medium explains. "Donald Trump does not. He campaigns on anger, bigotry, fear of new ideas and new people, and a fundamental belief that America is weak and in decline. We have listened to Donald Trump over the past year and we have concluded: Trump would be a disaster for innovation."

The letter goes on to point out that "America's diversity is our strength," and that 40% of the Fortune 500 companies were founded by immigrants or children of immigrants. The group is also very clear that Trump's plan to "shut down" parts of the internet as a security strategy is not only misguided but also demonstrates "both poor judgment and ignorance about how technology works."

In this article: apple, culture, donaldtrump, election, facebook, google, openletters, politics, RepublicanNationalConvention
All products recommended by Engadget are selected by our editorial team, independent of our parent company. Some of our stories include affiliate links. If you buy something through one of these links, we may earn an affiliate commission.