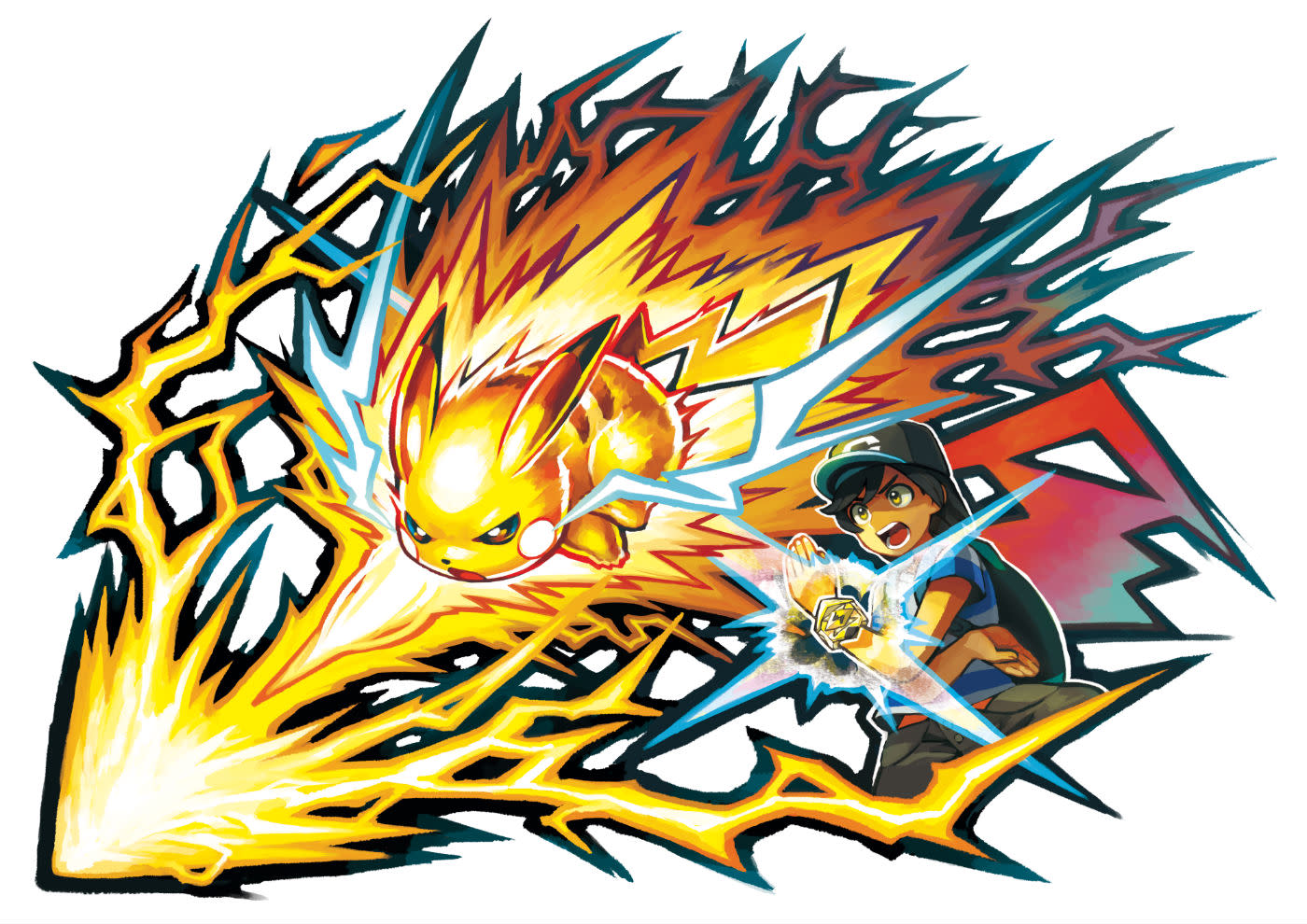 Pokémon Go isn't the only adorable-monster-hunting game to get a physical accessory -- Pokémon Sun and Moon will connect to the Z-Ring, a peripheral that lights up, vibrates and makes noises whenever players use special Z-Moves in the games. Z-Moves are new to the series; they're strong attacks that can only be used once per battle. A Z-Move unleashes the full combined power of the trainer and the Pokémon, and it's activated when the trainer has a Z-Ring (in-game) and Z-Crystals. If the trainer's crystals are the same type as the battling Pokémon's, then together they can use a Z-Move.

Tomy International is making the real-life Z-Ring and it's set to hit store shelves alongside Sun and Moon on November 18th. Note that despite its name, the Z-Ring is actually a bracelet.

Pokémon Sun and Moon are set on a series of tropical islands known as the Alola region, a resort destination packed with new Pokémon and challenges. In the lore, a handful of existing Pokémon have grown up in Alola and adapted to the area with new evolutions, including Exeggutor, Vulpix, Ninetales, Sandshrew and Sandslash. Along with these fresh forms, Nintendo today also revealed a handful of new Pokémon coming to November's games -- check them all out in the gallery and video below. 5
In this article: av, gadgetry, gadgets, gaming, nintendo, peripherals, personal computing, personalcomputing, Pokemon, pokemonmoon, pokemonsun, pokemonsunandmoon, wearables, zring
All products recommended by Engadget are selected by our editorial team, independent of our parent company. Some of our stories include affiliate links. If you buy something through one of these links, we may earn an affiliate commission.