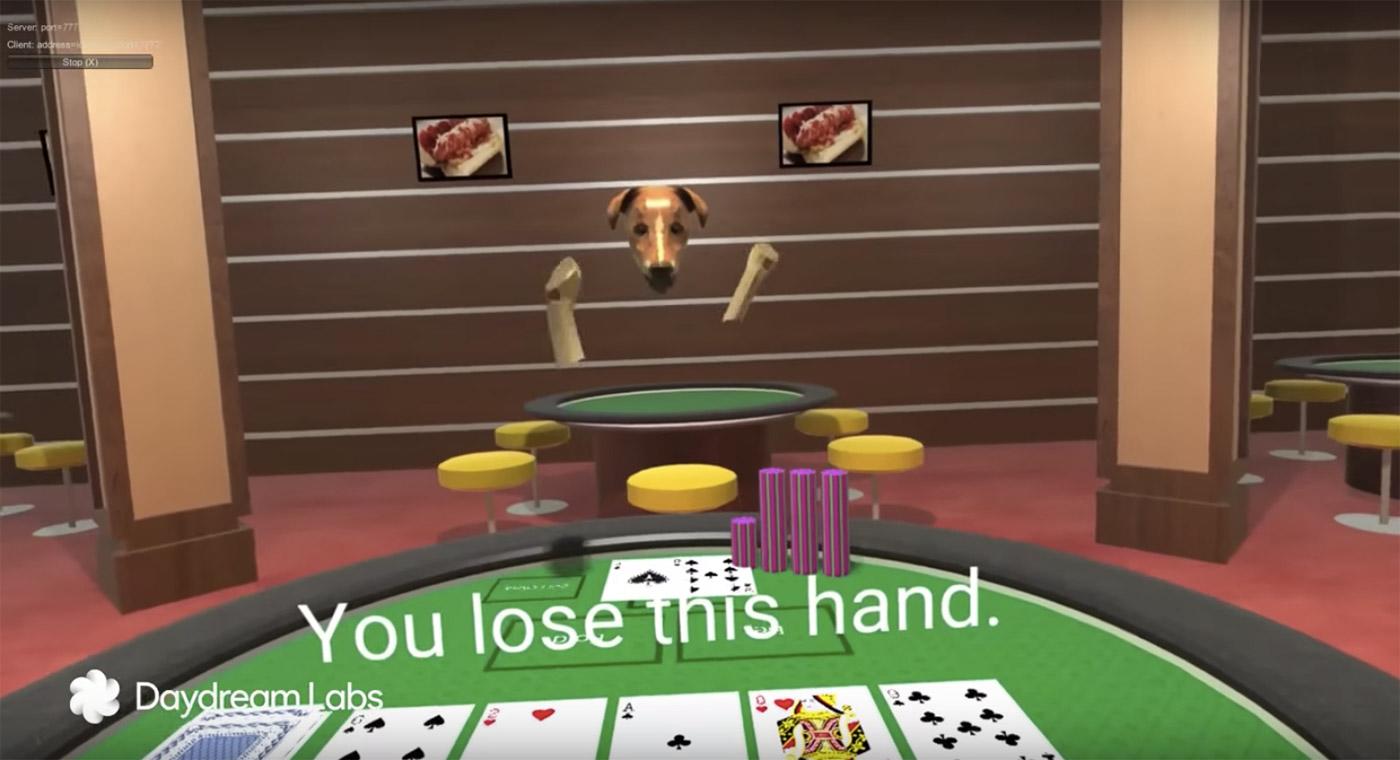 Trolls are everywhere on social media, and you can expect to encounter them in social virtual reality experiences as VR devices become more common. That's why Google's Daydream Labs team has been developing ways to prevent harassment in virtual reality, where people can use avatars (and not just words) to make others feel uncomfortable or even attacked. In one of the team's virtual shopping experiments, for instance, some testers blocked other users' view by sticking hats in front of their eyes. Those testers had no choice but to take off their headsets and restart the experience.

One of the techniques the team created will prevent poker players from stealing chips and picking a fight. As soon as someone leaves his seat in the game, he would vanish from other players' POVs, and a blue personal space bubble would usher him back to his seat. Best thing about the method is that the team used poker-playing dogs to demo it in the video below.

Besides developing a technique that forces people to behave, the team is also creating ways to reward good behavior. In another experiment, Daydream Labs programmed virtual high fives to trigger loud slapping sounds and animated fireworks. Punches and other violent actions, however, triggered nothing. Testers loved the effect and preferred high-fiving rather than starting a virtual brawl.

These are but a couple of Daydream Labs' creations that focus on the social aspects of virtual reality. The team builds two VR app prototypes every week to test different use cases and interaction designs, so we wouldn't be surprised if the group conjures up more ways to protect people's virtual-but-still-personal space.

In this article: gear, google, social, virtualreality, wearables
All products recommended by Engadget are selected by our editorial team, independent of our parent company. Some of our stories include affiliate links. If you buy something through one of these links, we may earn an affiliate commission.