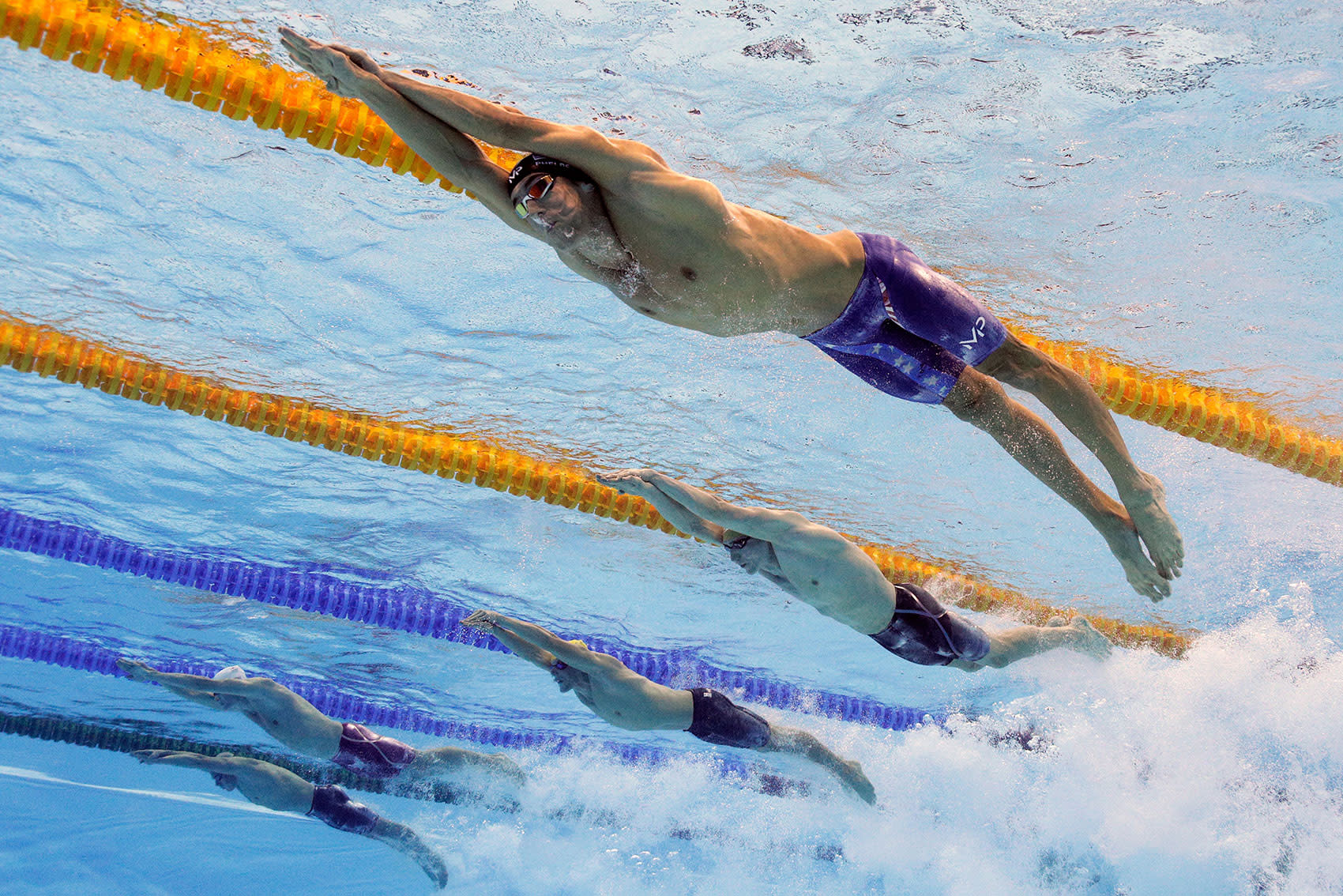 At every major swimming event, the competitors aren't the only ones in the pool. In order to bring you footage from the various races, cameras from various news and photo agencies litter the bottom of pools. Traditionally, these have been remotely triggered, but a photographer had to guess where the swimmer would be when placing their camera. This year, photo agency Getty has a new piece of tech. Photographers Al Bello, Clive Rose and Adam Pretty are all in Rio for the 2016 Olympic Games, and have been using a robotic rig that gives them far greater flexibility.

It lives! Final adjustments to the #GettyPoolCam before the start of competition #GettySport #Rio2016 #Swimming pic.twitter.com/TKDgpdjCCG

Rather than replacing humans, the "robots" are there to make their lives easier. The small waterproof rig is controlled remotely. Photographers have full control over the camera inside, allowing them to change various settings and zoom in and out for framing. The rig itself can rotate the camera across three axes, so photographers can choose from a wide variety of angles for their photos on the fly.

Of course, the photographers controlling the bot can see what the camera sees on a display, which makes a huge difference from traditional remote setups, which were just a case of placing the camera where you wanted it and leaving it there for the day. "The robots are just another tool for me to get better photos," Bello told CNN. "A robot doesn't think on its own or come up with ideas. But it can help us get photos more efficiently than ever before."

In this article: cameras, culture, gear, getty, olympics, rio2016, thenewbigpicture
All products recommended by Engadget are selected by our editorial team, independent of our parent company. Some of our stories include affiliate links. If you buy something through one of these links, we may earn an affiliate commission.