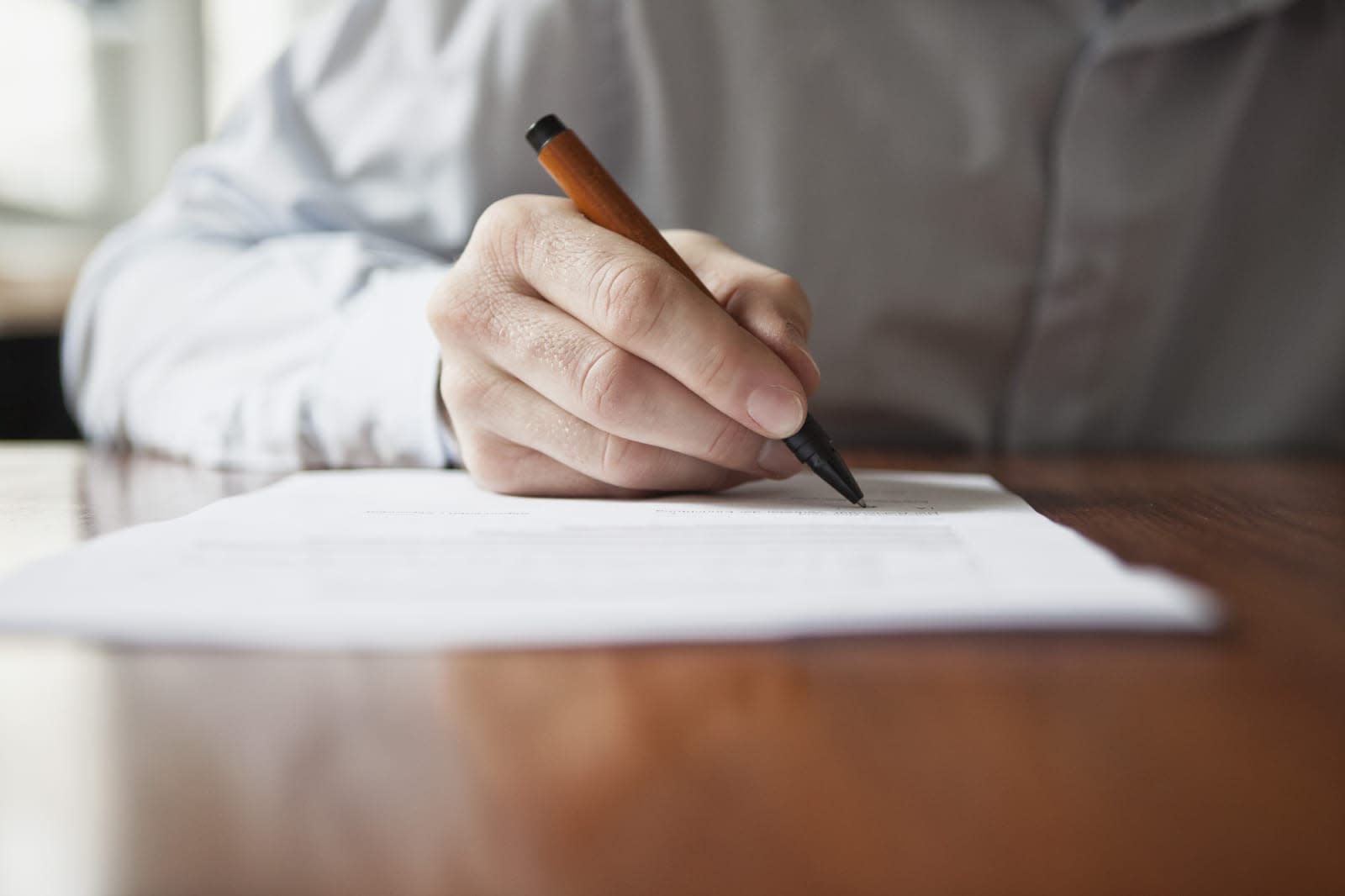 Handwriting is a skill that feels personal and unique to all of us. Everyone has a slightly different style -- a weird quirk or a seemingly illegible scrawl -- that's nearly impossible for a computer to replicate, especially as our own penmanship fluctuates from one line to the next. A team at University College London (UCL) is getting pretty close, however, with a new system it's calling "My Text in Your Handwriting." A custom algorithm is able to scan what you've written on a piece of paper and then reproduce your style, to an impressive degree, using whatever words you wish.

To capture your scrawl, the team will ask you to write on four A4-sized sheets of paper (as little as one paragraph can deliver passable results, however). The text is then scanned and converted into a thin, skeletal line. It's broken down by a computer and a human moderator, assigning letters and their position within a word. They also look for "splits," where the line changes from a letter into a "ligature," -- the extra bits you need for joined-up handwriting. Finally, there are "links" which indicate that two separate marks are part of the same letter, for instance when crossing a "t."

The algorithm then works to replicate your handwriting style by referencing and adapting your previously scanned examples. You will have written the same letter on a number of different occasion, so the computer will look for the one that works best for the word or phrase it's trying to sketch out. A degree of randomness is then applied to ensure that the same letters and combinations aren't used more than once (an easy way for humans to figure out if a computer has written something).

Once your written examples or "glyphs" have been selected, the computer will figure out the appropriate spacing in between each letter. The height of each character and where it sits on the line is also taken into consideration. Finally, the "ligatures" are added to the computer-generated piece, along with some basic texturing to mimic the pen and ink you were using.

The results are fairly believable. As an experiment, the team asked a group to decide which envelopes -- all seemingly handwritten -- were produced by a computer. They chose incorrectly 40 percent of the time.

"Up until now, the only way to produce computer-generated text that resembles a specific person's handwriting would be to use a relevant font," Dr Oisin Mac Aodha, a member of the UCL team said. "The problem with such fonts is that it is often clear that the text has not been penned by hand, which loses the character and personal touch of a handwritten piece of text. What we've developed removes this problem and so could be used in a wide variety of commercial and personal circumstances."

The ability to scan and interpret handwriting isn't new -- plenty of apps let you sketch with a stylus or finger, and then convert this into text. Similarly, it's possible for software to reproduce digital text in a variety of seemingly human, handwritten styles. But the ability to reproduce your personal penmanship -- with words and sentences you might not have shown the computer -- is unprecedented. It could be used to help elderly people who are starting to lose their writing ability, or translate handwritten text into new languages while keeping the personality of the author.

If you're wondering if this sort of technology could be used to forge signatures and documents, the answer is yes, it's possible. The team at UCL has stressed, however, that their system works both ways, meaning it could be used by law enforcers to spot computer-aided forgeries too. Still, it's best to be wary the next time someone tries to sell you an autograph.

In this article: ai, algorithm, art, handwriting, science, writing
All products recommended by Engadget are selected by our editorial team, independent of our parent company. Some of our stories include affiliate links. If you buy something through one of these links, we may earn an affiliate commission.