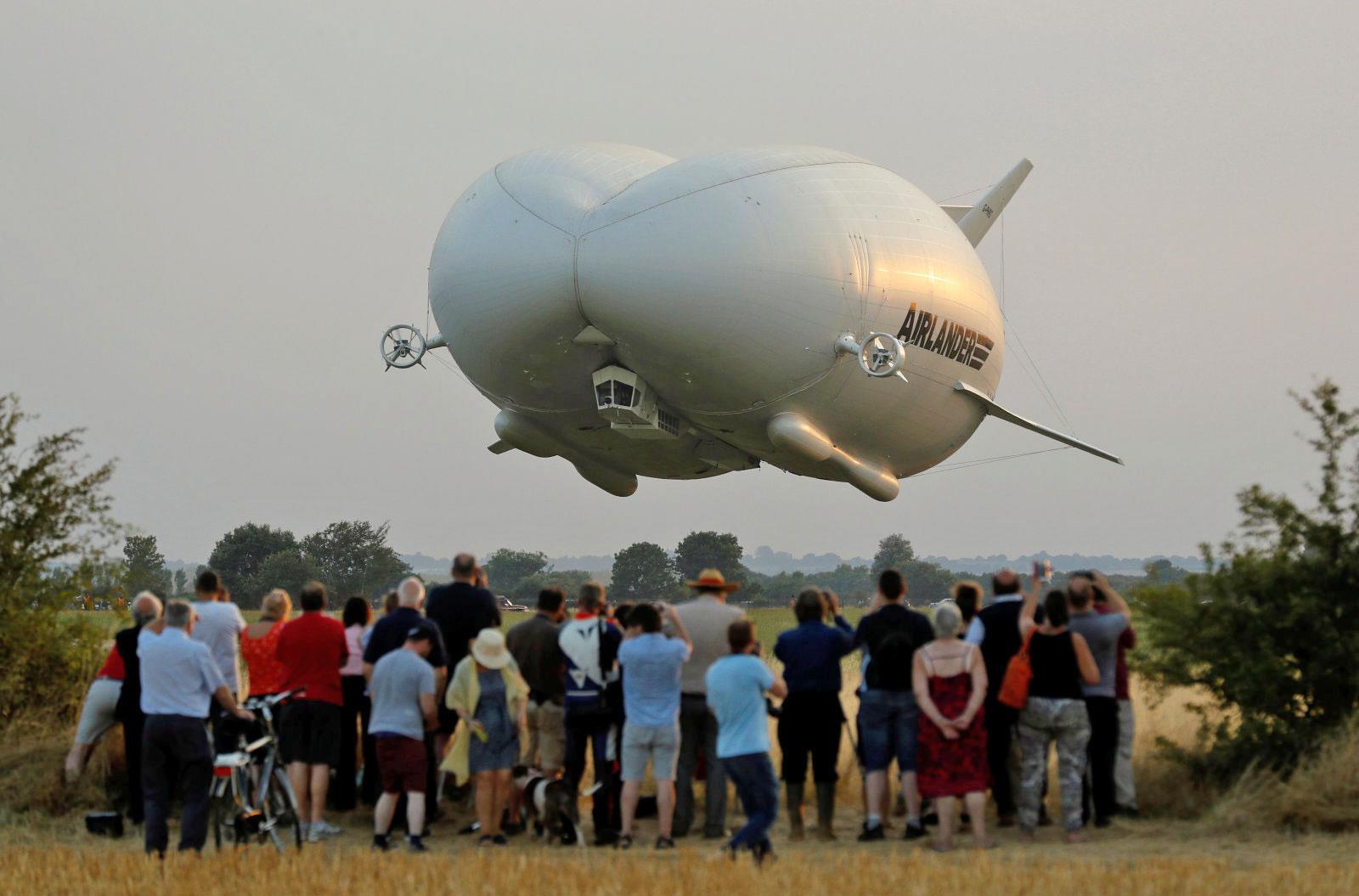 That aircraft you see above may look more than a little odd, but it just made history... and it might be the future of flight. Hybrid Air Vehicles has successfully flown the Airlander 10, a long-endurance airplane/airship hybrid billed as the longest aircraft ever at 302ft end to end. It was just a short, minutes-long trip around the countryside in UK's Bedfordshire, but it showed that the massive (if more than a little posterior-like) design is airworthy.

It's going to take a while before you see production models of the vehicle, which was originally designed for US surveillance before it was scrapped. HAV only expects to make 10 per year by 2021. If it meets its goals, though, it could prove to be crucial to the aviation world. Ideally, Airlander 10 will stay aloft for about 5 days at a time -- that's ideal for communications, manned military recon and even long-distance passenger flights. They're much quieter and produce less pollution than typical aircraft, so they could fly in areas and at altitudes where other flying machines would create too much of a disturbance.

In this article: aircraft, airlander10, airship, gear, hybridairvehicles, lemv, transportation, uk, vehicle, video
All products recommended by Engadget are selected by our editorial team, independent of our parent company. Some of our stories include affiliate links. If you buy something through one of these links, we may earn an affiliate commission.