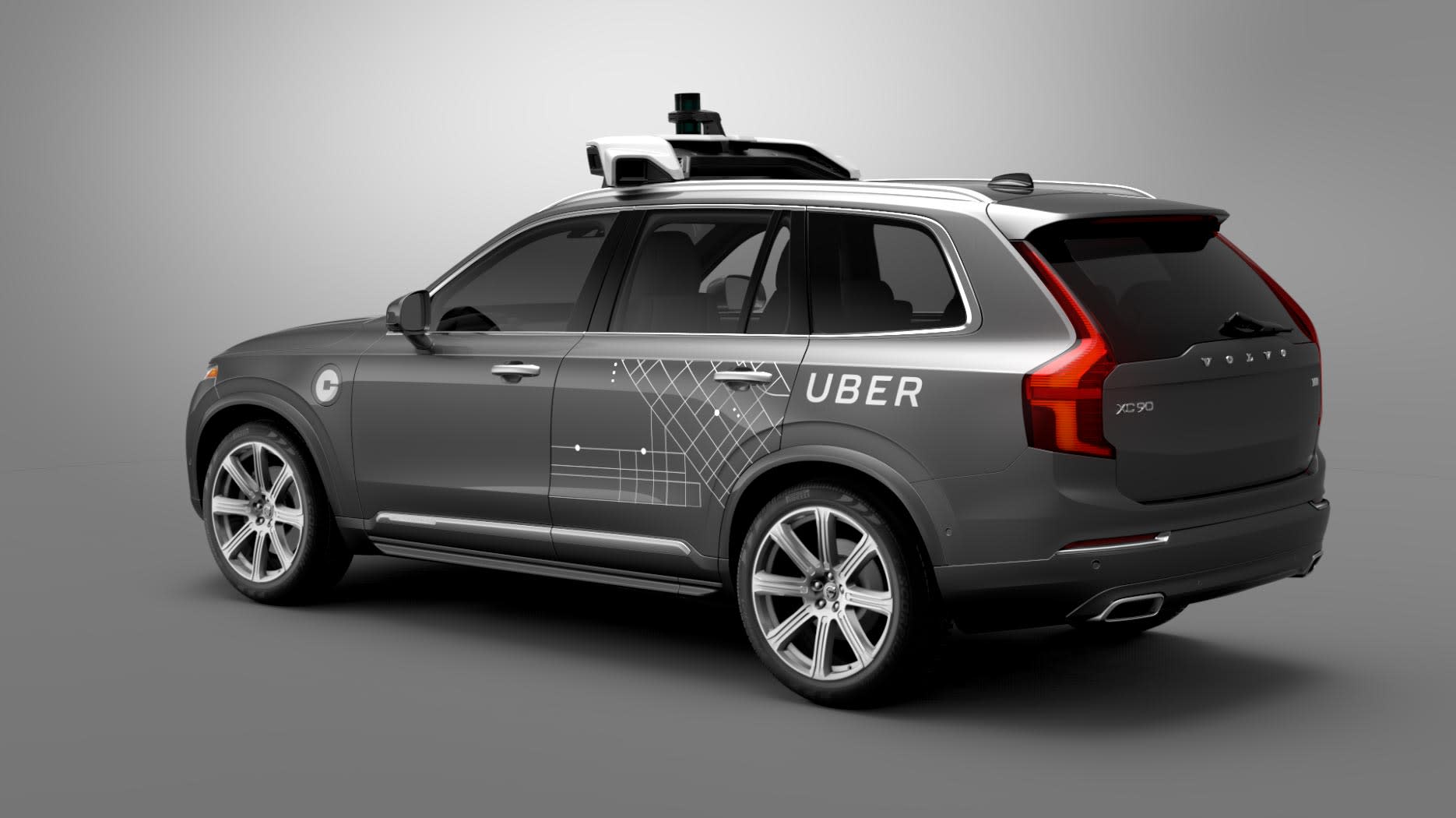 After months of testing, Uber's self-driving cars are ready to pick up their first passengers. Bloomberg reports that the ride-hailing company will allow customers in Pittsburgh to request one of its autonomous Volvo XC90 sport-utility vehicles via their smartphone in the coming weeks, pushing it into territory that other major developers of self-driving cars have yet to fully explore.

According to the report, Uber won't be sending its cars out alone. A human supervisor will sit in the driving seat, as required by law, "with their fingertips on the wheel." A second person will be sat in the front passenger seat, taking notes on a laptop while cameras inside and outside the vehicle record everything that happens during the ride. Customers won't be expected to pay for their journey in Uber's XC90s, at least to begin with, which may help put nervous riders at ease.

Pittsburgh serves as the ideal environment for Uber's autonomous trials. The city is home to its Advanced Technologies Center (ATC) and local authorities have already approved the testing of its self-driving fleet. When the do hit the road, only a handful of cars will be available right away, but Uber has struck a deal with Volvo to take delivery of 100 vehicles by the end of the year.

With Ford announcing yesterday that it intends to have fully autonomous cars on the road within five years, Uber is moving swiftly. It wants to be out ahead of its rivals with its own tried-and-tested solution, not a ready-made one from a car manufacturer that could one day eat its lunch.

In this article: autonomous, gear, pittsburgh, robots, selfdriving, transportation, uber
All products recommended by Engadget are selected by our editorial team, independent of our parent company. Some of our stories include affiliate links. If you buy something through one of these links, we may earn an affiliate commission.