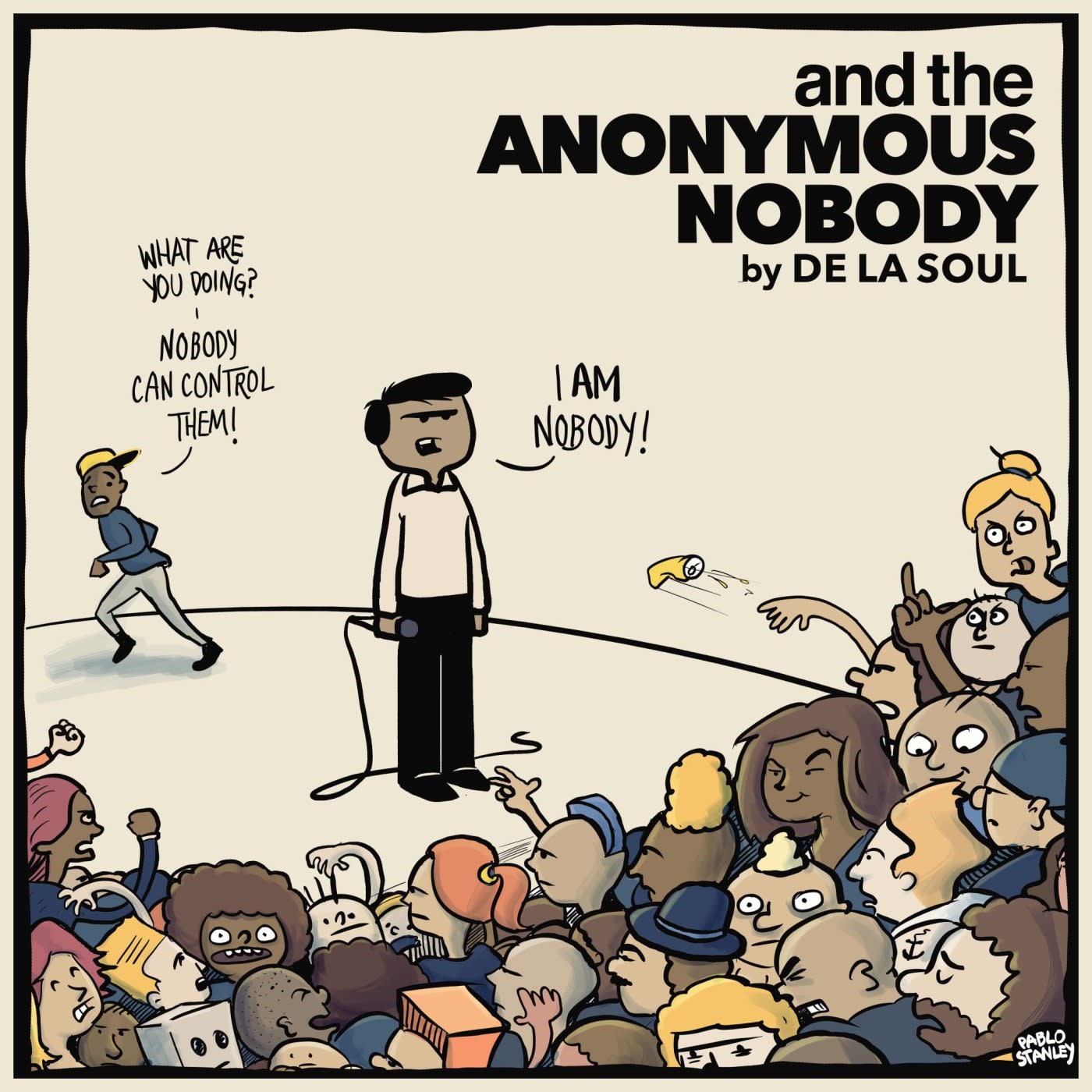 Like many Kickstarter projects, the new De La Soul album took a lot longer to arrive than promised, but now it's here. Originally scheduled for release in September 2015, the group's new project carefully avoids the sample clearance hell that has kept their previous work offline. This time, the samples come from jam sessions they recorded with LA-area musicians, keeping the rights in-house. The 17-track and the Anonymous Nobody album features collaborations with Pete Rock, 2 Chainz, Snoop Dogg, Damon Albarn (of Gorillaz), Little Dragon, Estelle and a number of other well-known artists.

Our new album has arrived! Get your copy of 'and the Anonymous Nobody' here: https://t.co/ZgzQhVjGEx pic.twitter.com/GftyWGhinX

Backers should have download links in their inboxes now (open them on a desktop, please -- the link expires after it's clicked), while others can listen via the platforms of their choice: iTunes, Apple Music, Spotify, Google Play Music or even vinyl, it's all available via the album release site.

In this article: andtheAnonymousNobody, CrowdFunding, DeLaSoul, entertainment, internet, kickstarter
All products recommended by Engadget are selected by our editorial team, independent of our parent company. Some of our stories include affiliate links. If you buy something through one of these links, we may earn an affiliate commission.