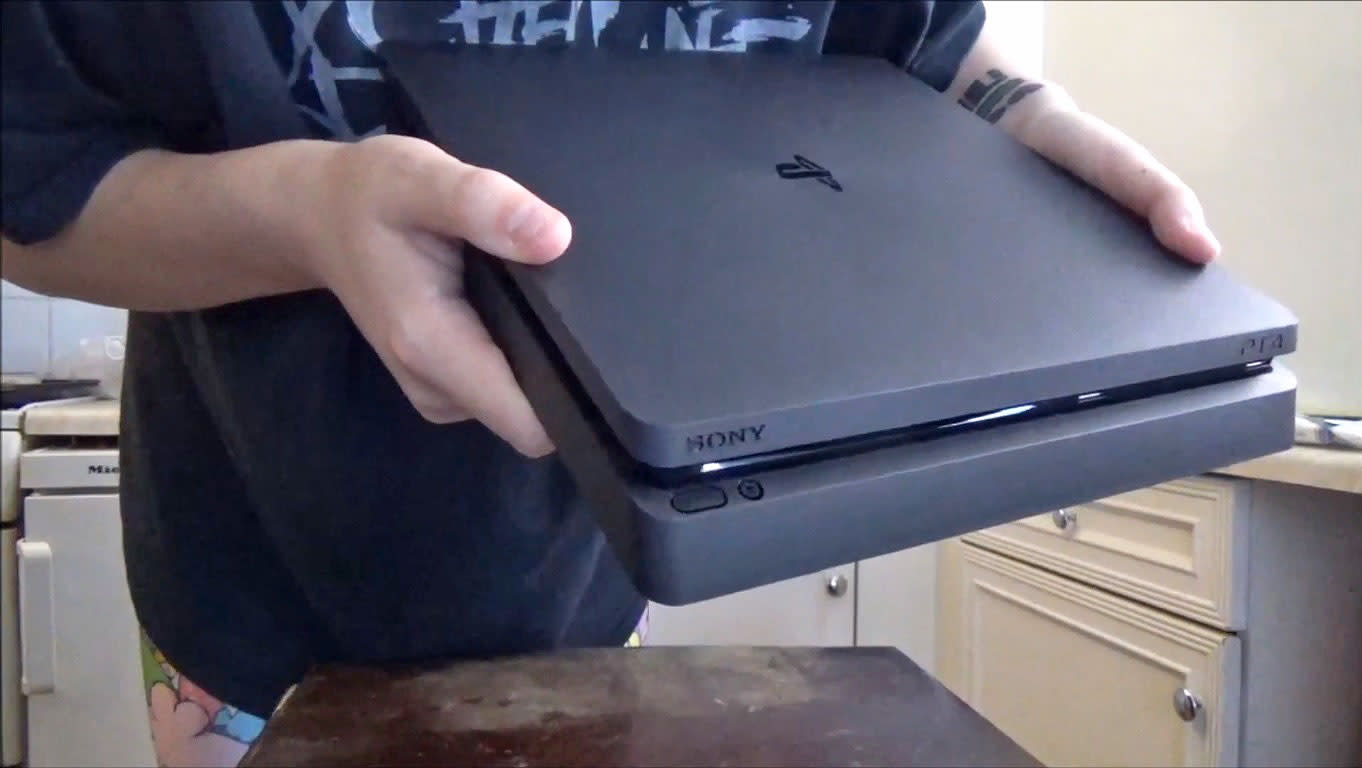 Sony has confirmed its next game system, the PlayStation Neo, and will probably formally introduce it at an event on September 7th. The console maker was rumored to have built a new thinner version of their current system, the PS4 Slim, but refuses to confirm that it exists. Eurogamer seemingly got a hold of one a week ago but took down its video review after apparent legal pressure from Sony. Today, Laura K. Dale of games site Let's Play Video Games posted an unboxing report of what she alleges to be the new smaller console purchased from eBay. If true, it has a few improvements over the old model it's replacing, but we're still waiting for Sony to verify that this is indeed the final version of the system.

Judging by this report, the PS4 Slim's largest changes are twofold: removing the optical port and allowing the new version of the PlayStation controller to transfer data via USB cable to the system. Why is that important? Because signals take additional milliseconds to travel in the air via Bluetooth than they would through a cord. If you think those lost fractions of a second will affect your online multiplayer performance, this new controller is for you (or even your old PS4, as the report claims it to be backwards-compatible). And yes, the one in this report has the previously-seen lightbar at the top.

Obviously, the Slim is thinner than its predecessor, measuring 264 x 39 x 288mm compared to the original PS4's 275 x 53 x 305mm, cutting about a third of its thickness off and a few centimenters off the sides, according to the reviewer. The rest of the changes are about convenience. The front-facing USB ports have been split apart to give room between peripherals, while a plastic-covered port in the back allows easy access to the SATA hard drive. It also has a threaded hole on one side that will likely connect to a dedicated stand for you to vertically-orient your PS4 Slim without worrying that the very thing console will get knocked over.

Dale appears to plug in the PS4 Slim into a monitor, power it up, and use it like a current PS4. According to a previous video, she'd received the new console last week but was waiting for Sony to officially claim that the system exists, and failing that, she posted this unboxing report. As of publishing time, it hasn't been taken down.

In this article: gaming, personalcomputing, PlayStation, ps4, ps4slim, sony, TL16PS4ING, unboxing
All products recommended by Engadget are selected by our editorial team, independent of our parent company. Some of our stories include affiliate links. If you buy something through one of these links, we may earn an affiliate commission.