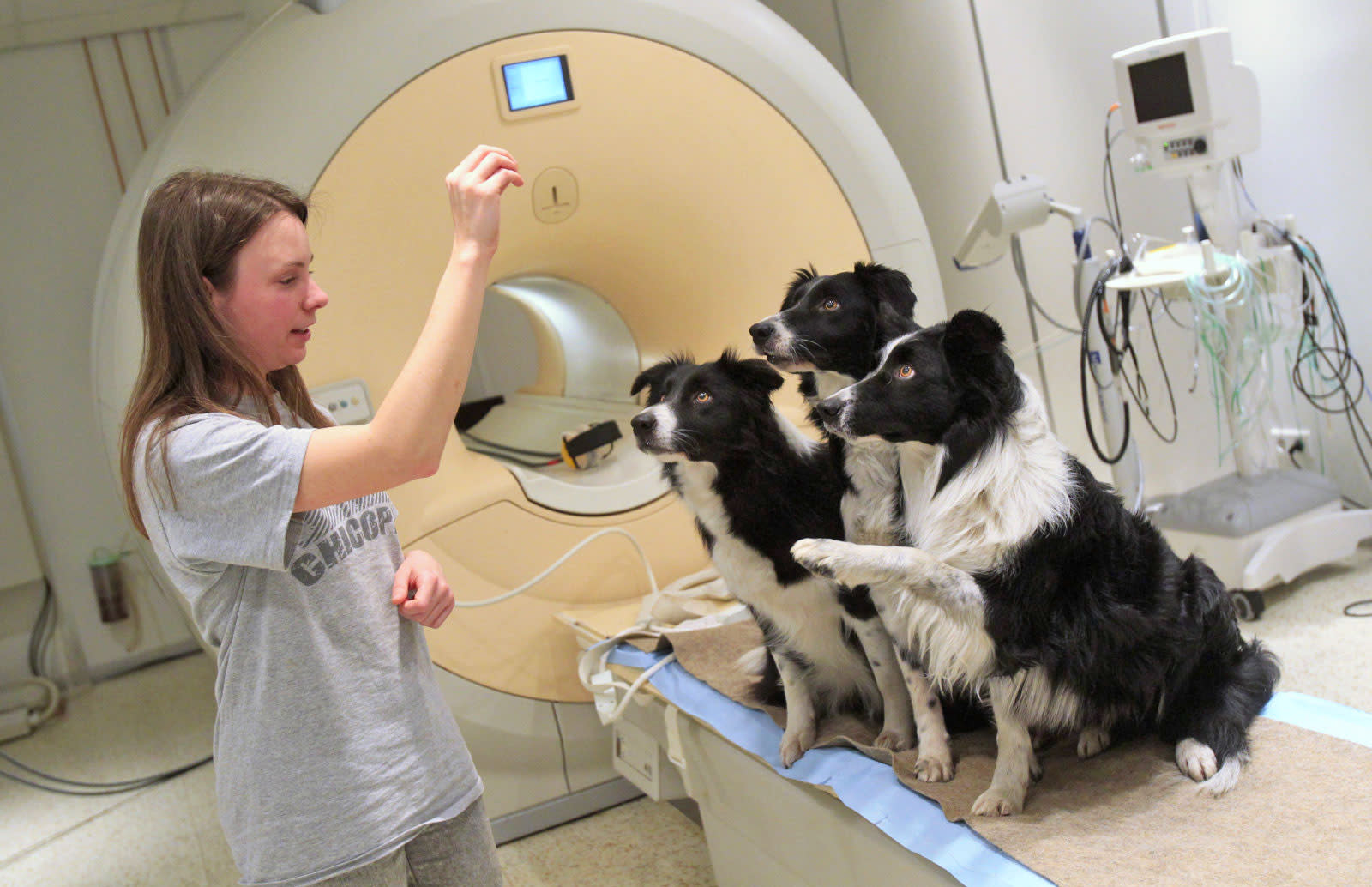 One pinnacle of human development has been the ability to comprehend language, thought to be a major achievement separating us from the animals. So it was assumed with dogs, but new research reveals that canines understand more subtleties in speech than we thought thanks to similarities in brain regions to those of humans.

Two mechanisms are needed for us to understand what another person says: words and intonation. Vocabulary conveys information, but higher and lower changes in tone alter a message's meaning. The study, performed by a team at Eötvös Loránd University, looked into how much dogs depend on these mechanisms — and found that they understand both to degrees, likely due to similarities in brain structure to humans' gray matter.

The team noted that vocabulary learning "does not appear to be a uniquely human capacity that follows from the emergence of language, but rather a more ancient function that can be exploited to link arbitrary sound sequences to meanings," according to Wired. Which may explain how humans and dogs communicated both separately and to each other in times before language developed.

In their experiments, the team spoke words to dogs both in praising and neutral tones. The canines understood vocabulary regardless of intonation, telling the difference between complimentary words flatly delivered and neutral words spoken in a praising tone. This suggests that the animals could discern meaning separate from vocal pitch. Hopefully this will lead to a better scientific understanding of the neural pathways involved in speech and language processing.

In this article: brain, Dogs, eotvosloranduniversity, language, medicine, neural, science, speech
All products recommended by Engadget are selected by our editorial team, independent of our parent company. Some of our stories include affiliate links. If you buy something through one of these links, we may earn an affiliate commission.