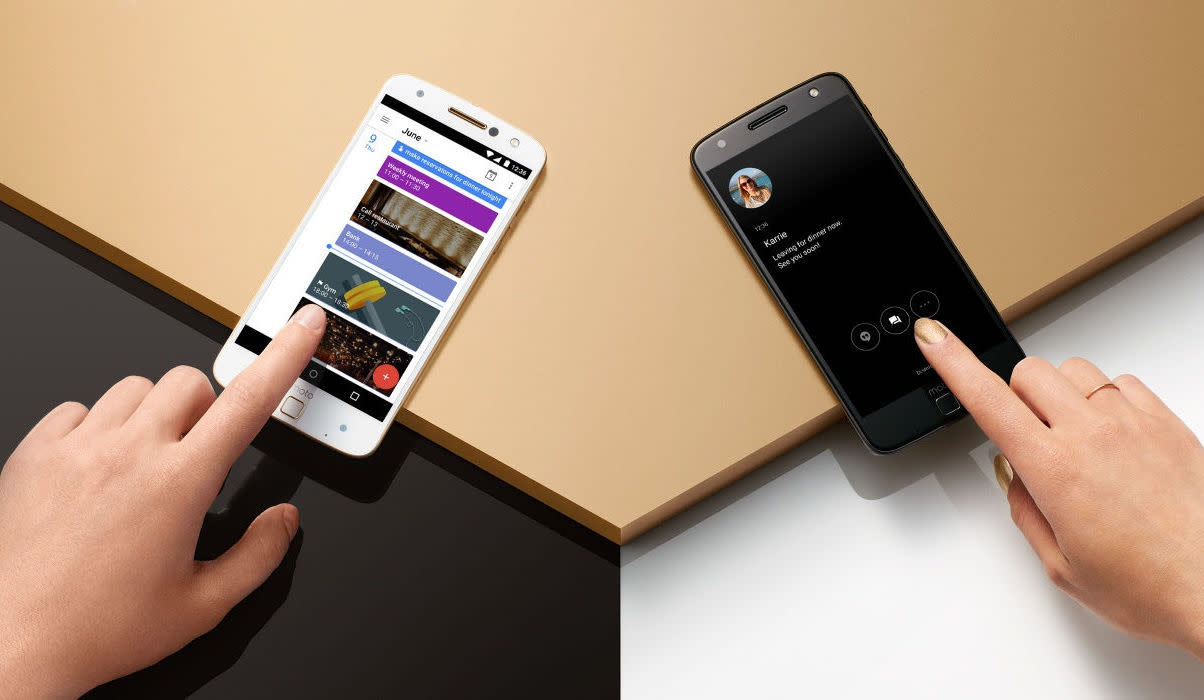 This week may well be dominated by the launch of the new iPhone, but that doesn't mean Apple's smartphone rivals are holding things back. After a few months of US exclusivity, Lenovo has finally brought its super-customisable all-metal Moto Z to the UK.

The 5.5-inch quad HD smartphone is now available on the Motorola store for £499, offering a Qualcomm Snapdragon 820 processor, 4GB of RAM, 32GB of internal storage, a 2600mAh battery with TurboPower charging and a 13-megapixel rear-facing camera. Oh, and it's ditched the headphone jack in favour of a USB-C connector.

Like its predecessors, the Moto Z can be run through Lenovo's Moto Maker service. However, if you're looking to create a truly bespoke masterpiece, you're going to be disappointed. Colour options are limited to White & Fine Gold or Black & Lunar Grey and there's no scope to increase the onboard storage. The company does have an ace up its sleeve, though, and that's Moto Mods.

Moto Mods are Lenovo's answer to the LG G5's swap-out modules. There are four magnetised modules -- the Incipio offGRID Power Pack, JBL SoundBoost Speaker, Hasselblad True Zoom and Moto Insta-Share Projector -- that attach to the back of the Moto Z and give it more battery, better sound or clearer optics. The accessories start at £60 and range up to £250.

It was only announced last week, but the mid-range Moto Z Play is also live on the Motorola store, although it is currently out of stock. The 5.2-inch £370 Android device houses an octa-core Qualcomm Snapdragon 625, 3GB of RAM, 16-megapixel camera and a 3,510mAh battery. More importantly, it does have a headphone jack.

If you put your order in today, your Moto Z should be with you by September 14th, just before the iPhone 7 hits stores. The Moto Z Play, on the other hand, should be widely available later this week.

In this article: android, gear, lenovo, mobile, moto, motomaker, motorola, motoz
All products recommended by Engadget are selected by our editorial team, independent of our parent company. Some of our stories include affiliate links. If you buy something through one of these links, we may earn an affiliate commission.