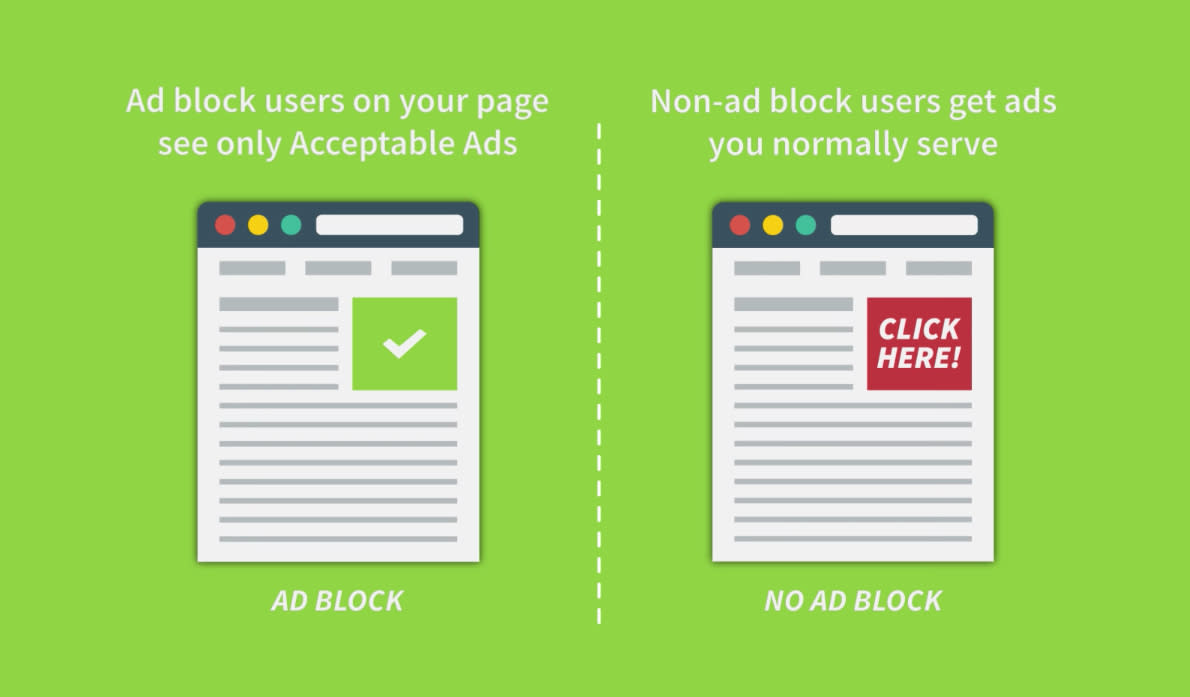 The immensely popular (and sometimes controversial) Adblock Plus browser extension is taking the next step in its crusade to clean up online advertising -- even if that effort comes at a cost to users and publishers. On Tuesday, Adblock Plus announced it is joining the ranks of those online advertisers and launching its own ad network called the Acceptable Ads Platform.

While it doesn't really jibe with the company's original goal of blocking ads entirely, the new platform claims it will allow bloggers and publishers to quickly and easily select "pre-whitelisted ads that they can drag and drop onto their sites." The ads must meet ABP's own Acceptable Ads criteria for size and labeling, but once they're placed on a publisher's site, the ads will be visible to ABP's millions of users. According to the Wall Street Journal, about a quarter of US internet users have an ad blocker installed on their desktop browsers.

"The Acceptable Ads Platform helps publishers who want to show an alternative, nonintrusive ad experience to users with ad blockers by providing them with a tool that lets them implement Acceptable Ads themselves," Till Faida, co-founder of Adblock Plus said in a release.

On the user's end, Adblock Plus will still block ads that are not served by the new platform and users can turn off even the "acceptable" ads if they so choose. Those users who aren't running ABP will, of course, always get the site's original ads.

While the system is an overall win for anyone who dislikes obtrusive, annoying or obnoxious ads, the Journal also notes that Adblock Plus already whitelists ads from Google, Microsoft Corp. and Taboola. For now, the platform is in open beta for publishers and advertisers. A full launch will follow in the fall.

In this article: adblock, adblocking, AdblockPlus, adnetworks, business, culture, google, internet, OnlineAdvertising, publishing
All products recommended by Engadget are selected by our editorial team, independent of our parent company. Some of our stories include affiliate links. If you buy something through one of these links, we may earn an affiliate commission.