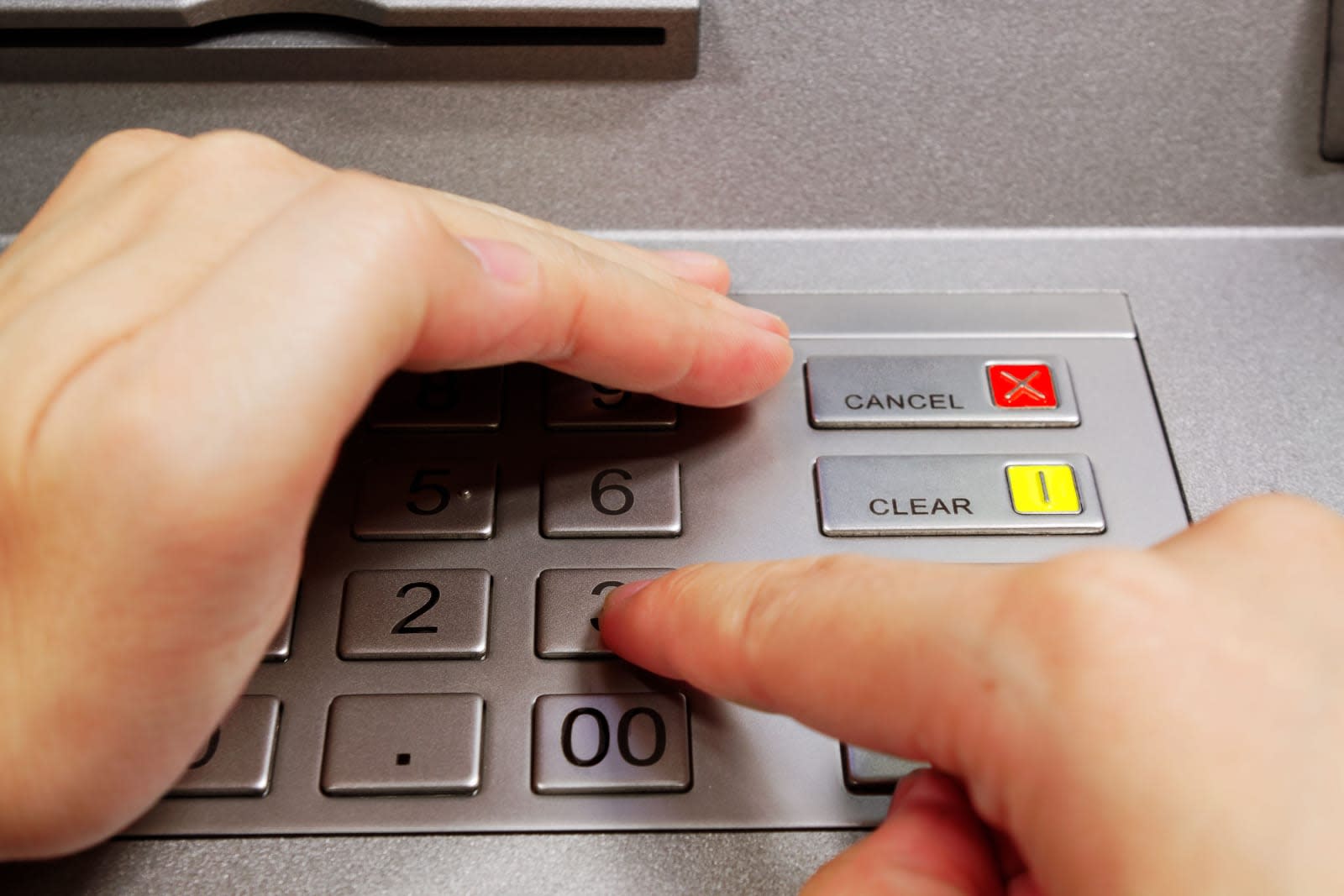 The secret service has issued a warning to banks and ATM companies about a new way that thieves can steal your credit card information. A report from Krebs on Security explains that "periscope" skimmers have been found inside teller machines in Connecticut and Pennsylvania in the last two months. Of course, since the devices attach to the internal mechanism, there's absolutely no way for an end user to tell if they're at risk.

The report explains that ATMs with openable lids are the most at risk, since nefarious types can easily gain access inside. The "periscope" probe is installed in a pre-existing hole in the card reader to skim the magnetic stripe, while the other end contains a battery and storage unit. It's believed that the device can store up to 32,000 numbers and will last 14 days on a charge. What the gear can't do, however, is harvest PINs, so it's theorized that these devices were tests in preparation for a bigger heist.

Krebs goes on to add that putting your hand over the cash dispenser's number pad will defeat a large proportion of scammers with skimmers. Thieves who use pin-pad overlays -- fake buttons over the real thing -- are relatively rare because the hardware is expensive to reproduce. Krebs also advises users to avoid, wherever possible, standalone ATMs where the lid is easily accessible. Instead, people should favor cashpoints that are mounted in the wall, like those outside banks, and in well-lit areas.

In this article: ATM, CreditCard, CreditCardSkimming, culture, Fraud, gear, Hack, Periscope, security, Skim, Skimming, Theft
All products recommended by Engadget are selected by our editorial team, independent of our parent company. Some of our stories include affiliate links. If you buy something through one of these links, we may earn an affiliate commission.