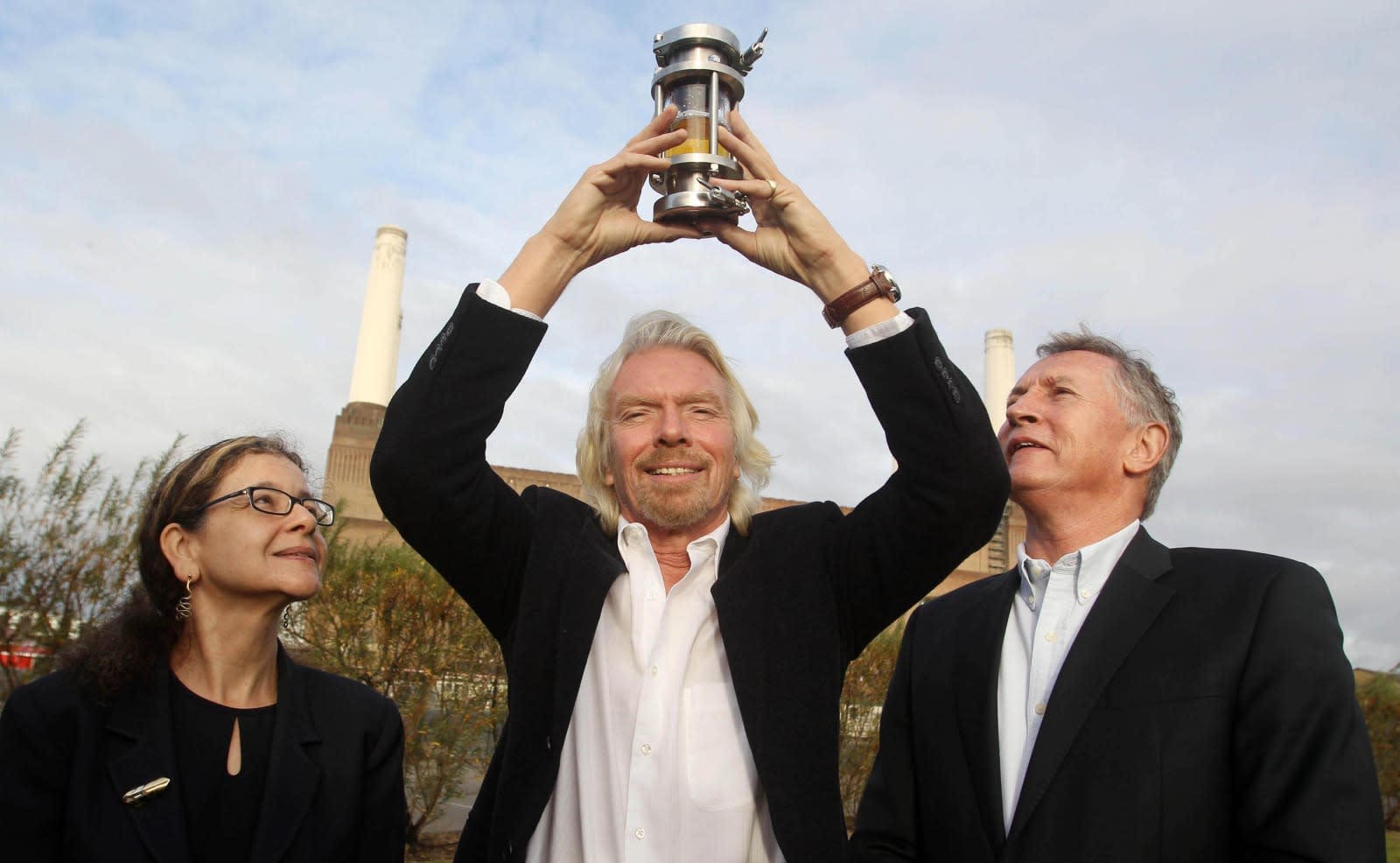 Illinois-based LanzaTech and Virgin Atlantic have been working on an alternative fuel source for Sir Richard Branson's flagship airline since 2011. This week, the two companies announced a breakthrough that could drastically reduce the airline industry's carbon emissions. LanzaTech has produced 1,500 US gallons of jet fuel derived from the industrial gases given off by steel mills.

The LanzaTech fuel was created by capturing these gases, which would have otherwise been dispersed into the atmosphere, and converting them to a low-carbon ethanol called "Lanzanol" through a fermentation process. As the New Zealand Herald reports, the Lanzanol was produced in China at the Roundtable of Sustainable Biomaterials-certified demonstration center in Shougang and then converted to jet fuel using a process developed alongside the Pacific Northwest National Lab and the US Department of Energy. While initial tests show the Lanzanol fuel could result is as much as 65 percent less carbon emission than conventional jet fuel, it will need to pass a few more tests before it can be used in an commercial setting. Still, Branson believes Virgin Atlantic could make a Lanzanol-powered "proving flight" as early as 2017.

According to LanzaTech, the company could implement their technology at 65 percent of the world's steel mills, allowing the company to produce 30 billion gallons of Lanzanol annually. That's enough to create 15 billion gallons of cleaner-burning jet fuel and replace about one-fifth of all the aviation fuel used yearly worldwide.

In this article: carbonemissions, jetfuel, lanzanol, lanzatech, science, SirRichardBranson, transportation, virgin, virginatlantic
All products recommended by Engadget are selected by our editorial team, independent of our parent company. Some of our stories include affiliate links. If you buy something through one of these links, we may earn an affiliate commission.