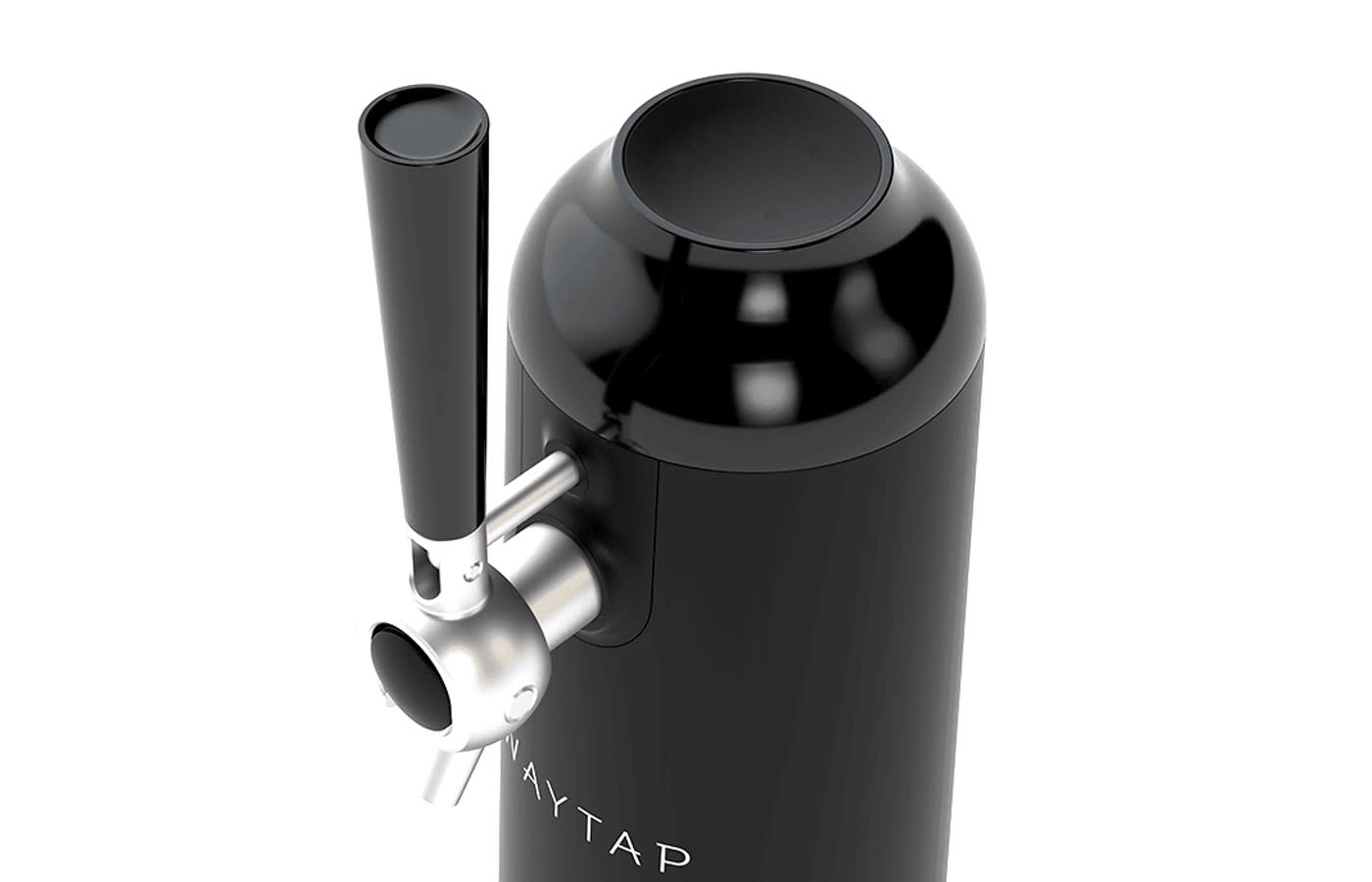 When we first tasted beers from Fizzics' countertop "draught" system last summer, we weren't expecting the device to live up to its lofty claims. The company promises to turn your bottles and cans into an on-tap experience with a little help from its so-called Micro-Foam bubbles. Aside from imparting a creamier mouthfeel and punching up some aromas, changes in flavor were relatively modest. However, it did make cheap beers noticeably better. For the second version of its "draught" setup, Fizzics is focusing more on user experience than improving the tech itself.

The new device is called Waytap and it still uses those Micro-Foam bubbles as a means of "unlocking that fresh-from-the-tap taste." This time around, the company teamed up with Frog Design to retool the look and user experience of the new system. The end result is a smaller gadget that looks a lot more like something that would serve beer. A new design allows the user to remove the top with the push of a button to put a bottle or can into place. There's still a removable drip tray just in case you spill, but the tap handle mechanism sports a more traditional look that the previous version. The Waytap has a design that you would actually want to keep on your counter all the time.

On top of the redesign and cutting the overall size by a third, the new Fizzics system is also $30 cheaper. The Waytap will retail for $130 when it ships in December, but those willing to back the company's Kickstarter campaign can nab one for as little as $90. It comes in black and white color options so hopefully one of those will look okay sitting on your kitchen counter.

In this article: beer, draught, drink, fizzics, gear, home, household, waytap
All products recommended by Engadget are selected by our editorial team, independent of our parent company. Some of our stories include affiliate links. If you buy something through one of these links, we may earn an affiliate commission.