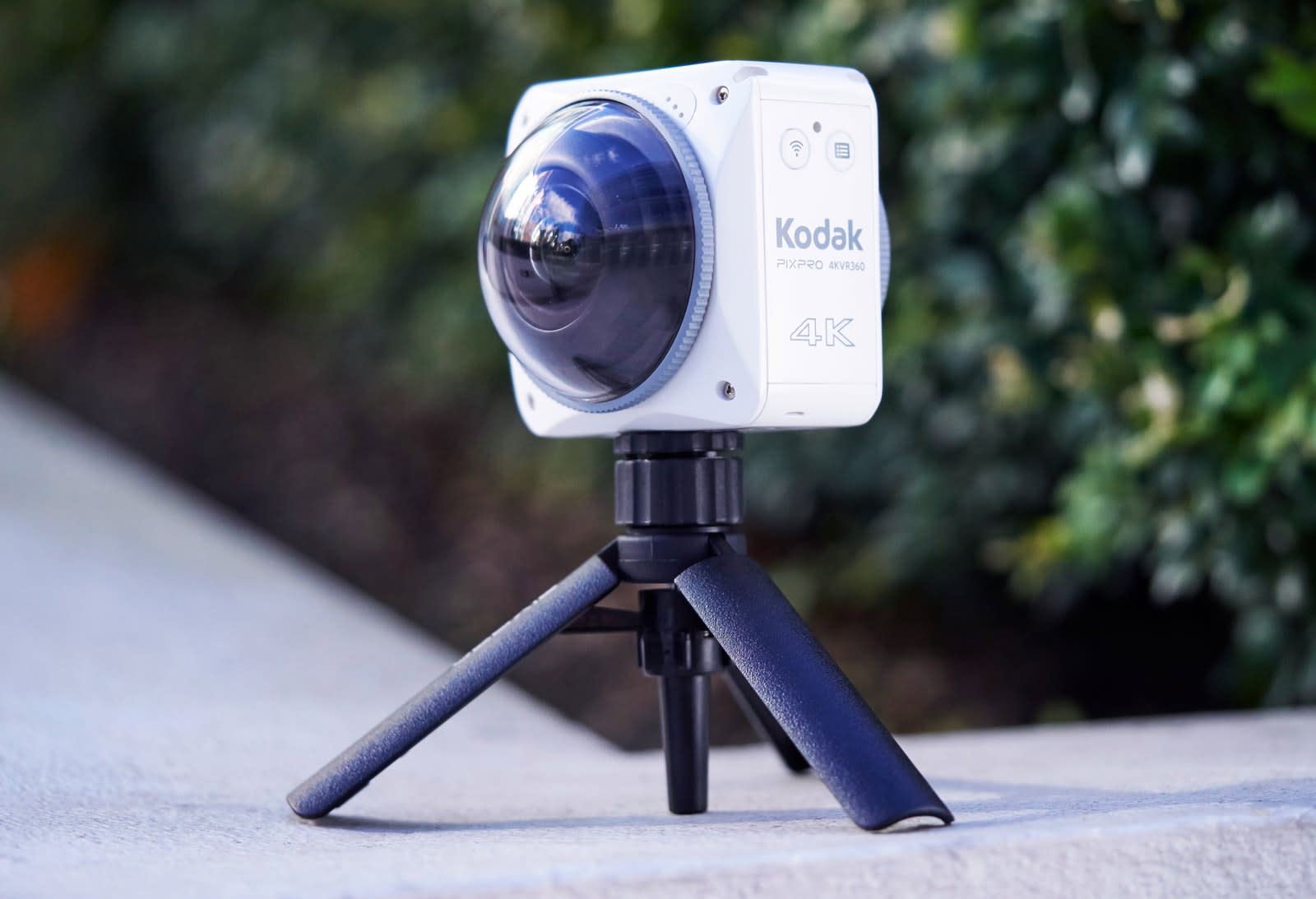 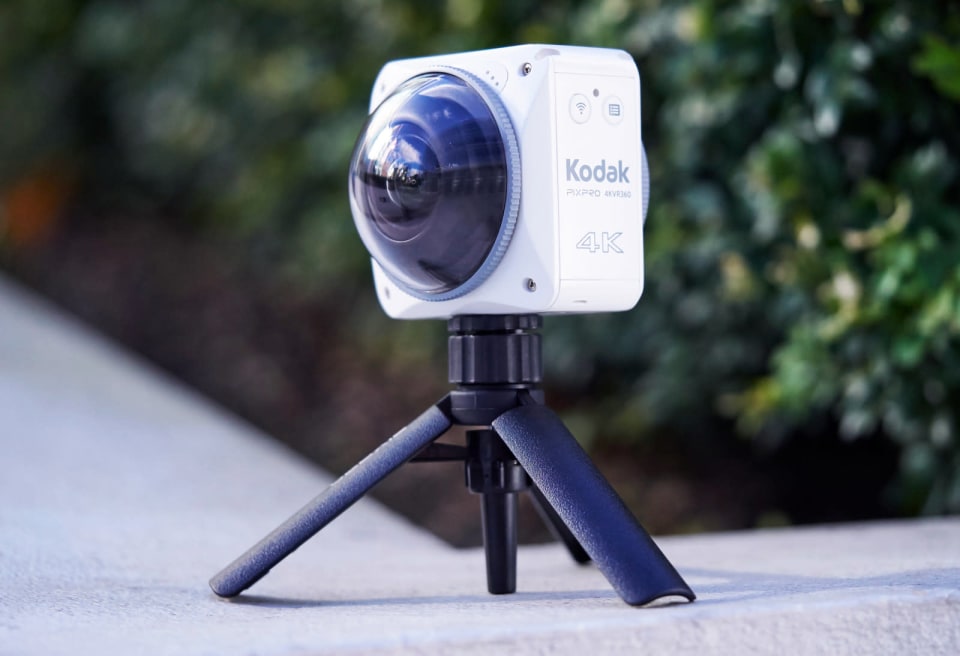 The Kodak Pixpro SP360 4K action camera had a branding problem. Yes, you could shoot 360-degree videos, but they weren't spherical -- you needed two cameras to do that, which made it less-than-practical for full virtual reality videos. You won't have to do some extra shopping with the 4KVR360, though. The newly launched cam fuses a 20-megapixel sensor with lenses on both the front and back, letting one camera shoot fully immersive VR video all by its lonesome.

As you might hope, the camera is also very connected: there's WiFi and NFC to help talk to your phone, and Bluetooth to talk to an optional remote control. You can record up to 128GB of footage on a microSD card, so you shouldn't have trouble recording many of your adventures in VR. Kodak's name might be historic, but it's going up against mobile giants like Samsung and camera stalwarts Nikon.

The catch? JK Imaging (which oversees the Kodak camera brand) doesn't expect the 4KVR360 to ship until sometime in early 2017, and hasn't revealed a price. Though we'd expect it to be somewhere between the Nikon's $500 and Sammy's $350 though.

In this article: 360degree, 4kvr360, actioncamera, cameras, gear, jkimaging, kodak, photokina2016, pixpro, pixpro4kvr360, vr
All products recommended by Engadget are selected by our editorial team, independent of our parent company. Some of our stories include affiliate links. If you buy something through one of these links, we may earn an affiliate commission.