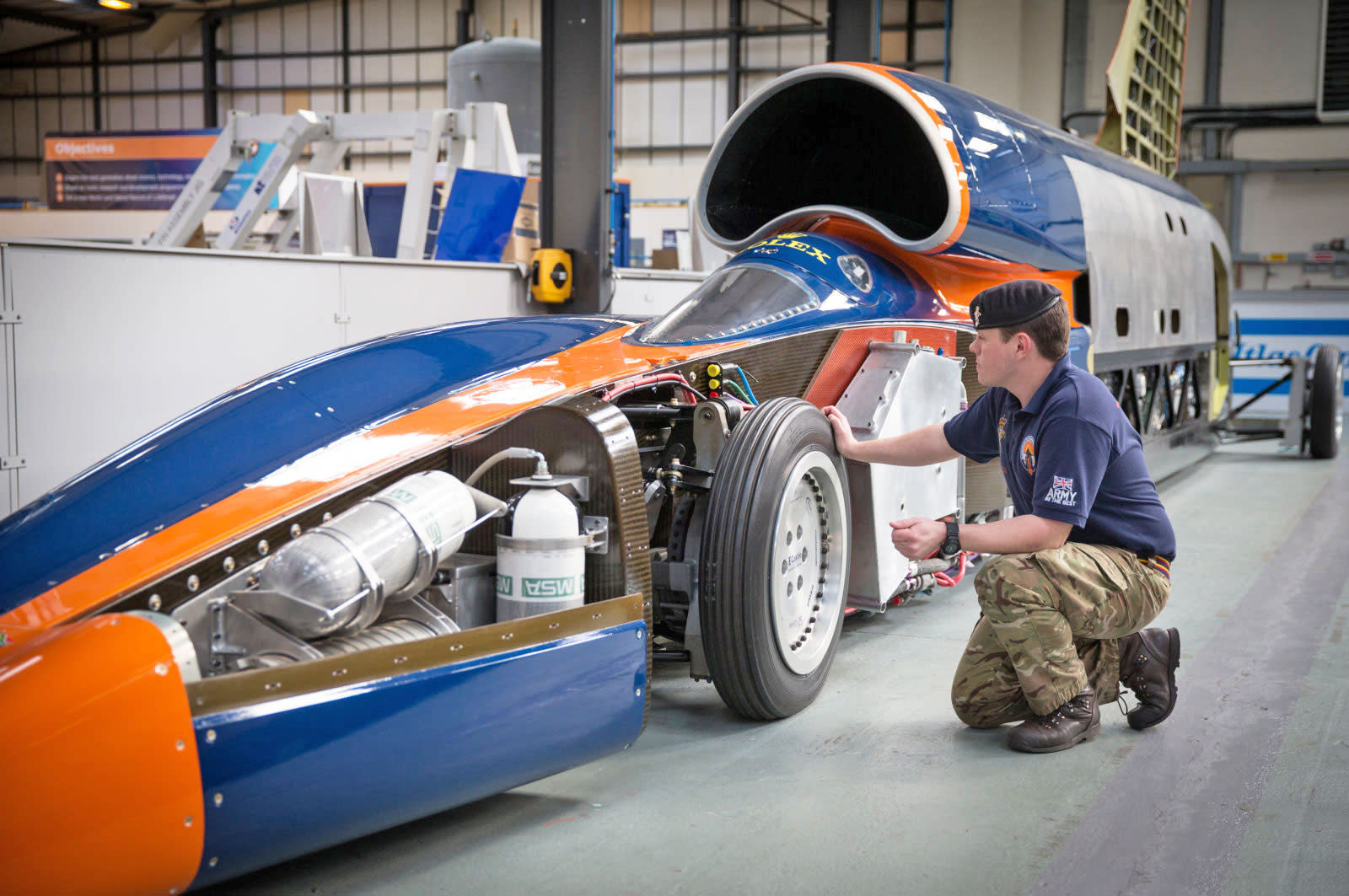 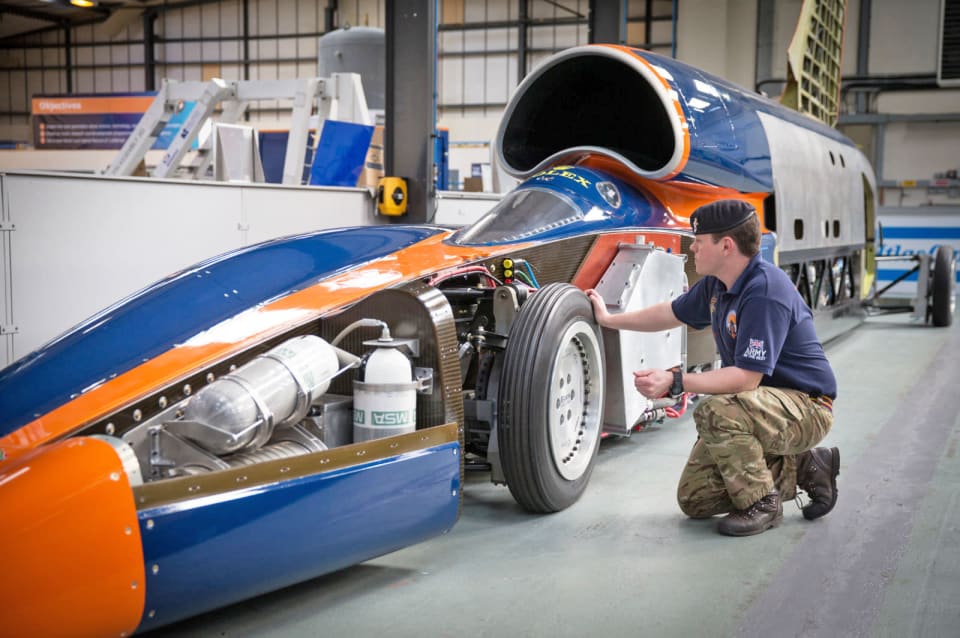 Bloodhound will, eventually, maybe, probably attempt to break the world land speed record next year. The project has been hit by countless delays, but new funding announced in July has, the team insists, put the dream of a 1,000MPH car back on track. Today, it's announced a major new sponsor: Zhejiang Geely Holding Group, a China-based monolith that owns Volvo, The London Taxi Company and its own domestic car brand, Geely. It's not clear exactly how much money is involved, however the Bloodhound team has described it as "the largest in the history of the project." As part of the three-year deal, Geely will provide the crew with technical support too.

Engadget saw the Bloodhound car -- or most of it, some panels were removed -- at a glitzy event in London's Canary Wharf last September. It was technically a "dry build," however, and has since been stripped down ahead of race-ready assembly. Measuring 13.5 meters, it's an imposing vehicle that looks more rocket than car. That's because it kind of is; Bloodhound is powered by a Rolls-Royce EJ2000 jet engine from an RAF Eurofighter Typhoon, a cluster of Nammo hybrid rockets and a supercharged Jaguar V8 engine that drives the rocket oxidizer pump. Together, they produce a whopping 135,000 brake horsepower.

The Bloodhound team plans to break the world land speed record next year, at a desert in South Africa. RAF Wing Commander Andy Green, who set the previous record in the Thrust SSC, will be targeting 763MPH (1228KMH) during this attempt. The team then hopes to set a second record of 1,000MPH (1609KMH), solidifying its place in the history books and setting a difficult record for other teams to beat. Before then, however, it has to complete some slower, controlled tests here in the UK. They had been scheduled for June 2017, but will now take place in July and August.

It's been a long wait, but soon, finally, we might see Bloodhound in action.

In this article: bloodhound, science, transportation
All products recommended by Engadget are selected by our editorial team, independent of our parent company. Some of our stories include affiliate links. If you buy something through one of these links, we may earn an affiliate commission.