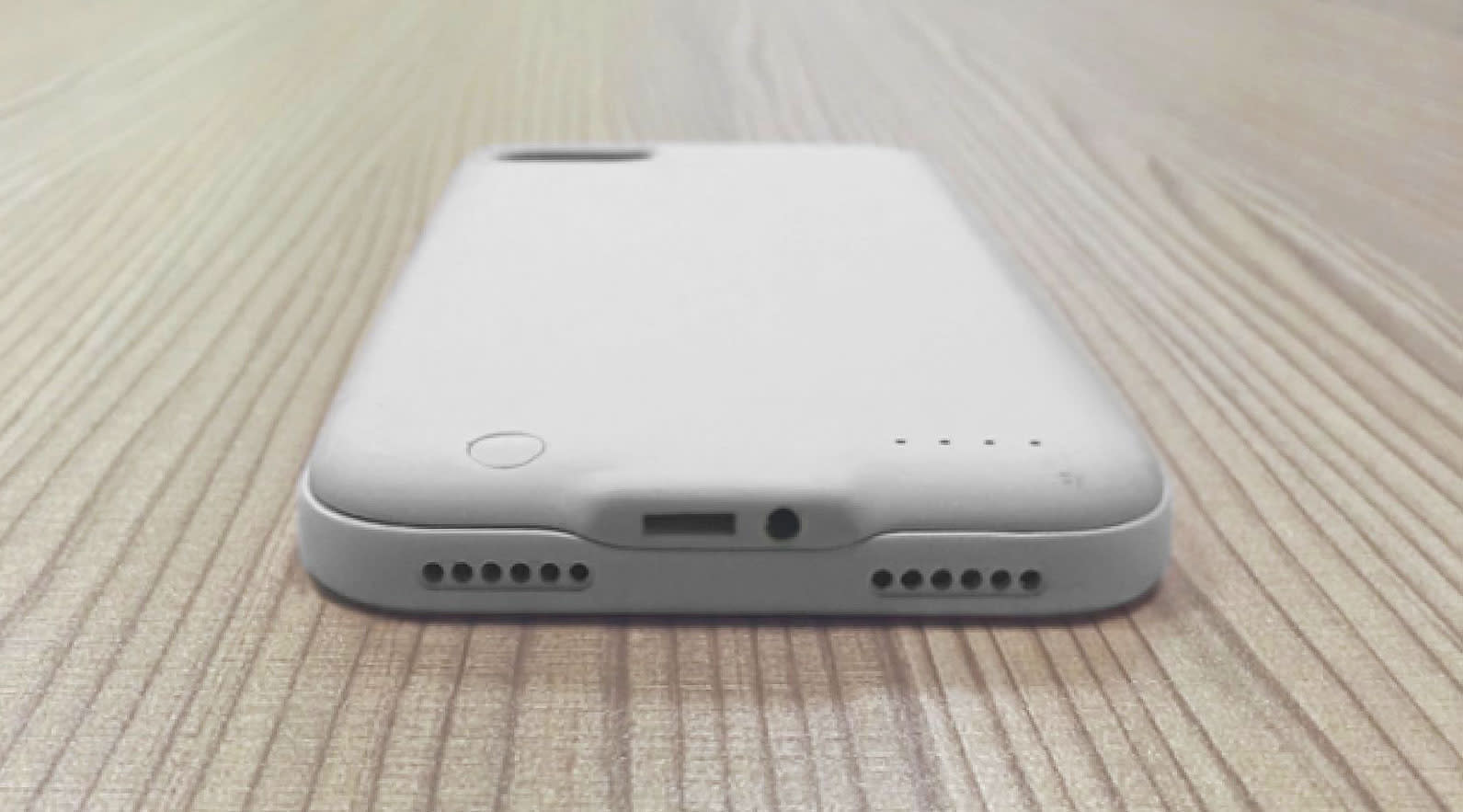 It was only a matter of time until iPhone 7 accessory makers started delivering a slew of cases to bring back the 3.5mm headphone jack. But I didn't expect the first case that you could actually preorder -- Fuze -- would come from a tiny Austin outfit's Indiegogo campaign. For the most part, Fuze doesn't pack in any surprises. It's a traditional case for the iPhone 7 and 7 Plus that includes a headphone jack and also recharges your phone. That's it! But given the outcry against the loss of the 3.5mm port, its basic feature set might still win over some fans.

Fuze charges with a Lightning cable, and it packs in either a 2,400 mAh battery (for the iPhone 7 case) or a 3,600 mAh battery (for the larger Plus model). Based on the images and video available, Fuze looks surprisingly thin for a battery case. At 2.9 ounces, it would still add some noticeable heft to the 4.87 ounce iPhone 7, though.

Actual Innovation, the creators of Fuze, initially offered the case for $49 as a "super early bird" price on Indiegogo. That backing option sold out fast, so at the time of this post you can either get in for a $59 "early bird" price, or the $69 standard cost. The company claims the cases will start shipping in December, but as always with crowdfunding campaigns, take that timeline with a grain of salt. At least they're not starting from scratch though -- their crowdfunding site points out Fuze is built from an existing case from a longtime MFi (Made for iPhone) certified manufacturer. So far, they've raised over $41,000 of a $60,000 funding goal.

Fuze isn't anything truly innovative, but it's a sign that Mophie and other established case makers should start hustling with their iPhone 7 headphone jack solutions.

In this article: ActualInnovation, cases, entertainment, Fuze, gadgetry, gadgets, gear, iPhone7, iPhone7plus, mobile
All products recommended by Engadget are selected by our editorial team, independent of our parent company. Some of our stories include affiliate links. If you buy something through one of these links, we may earn an affiliate commission.