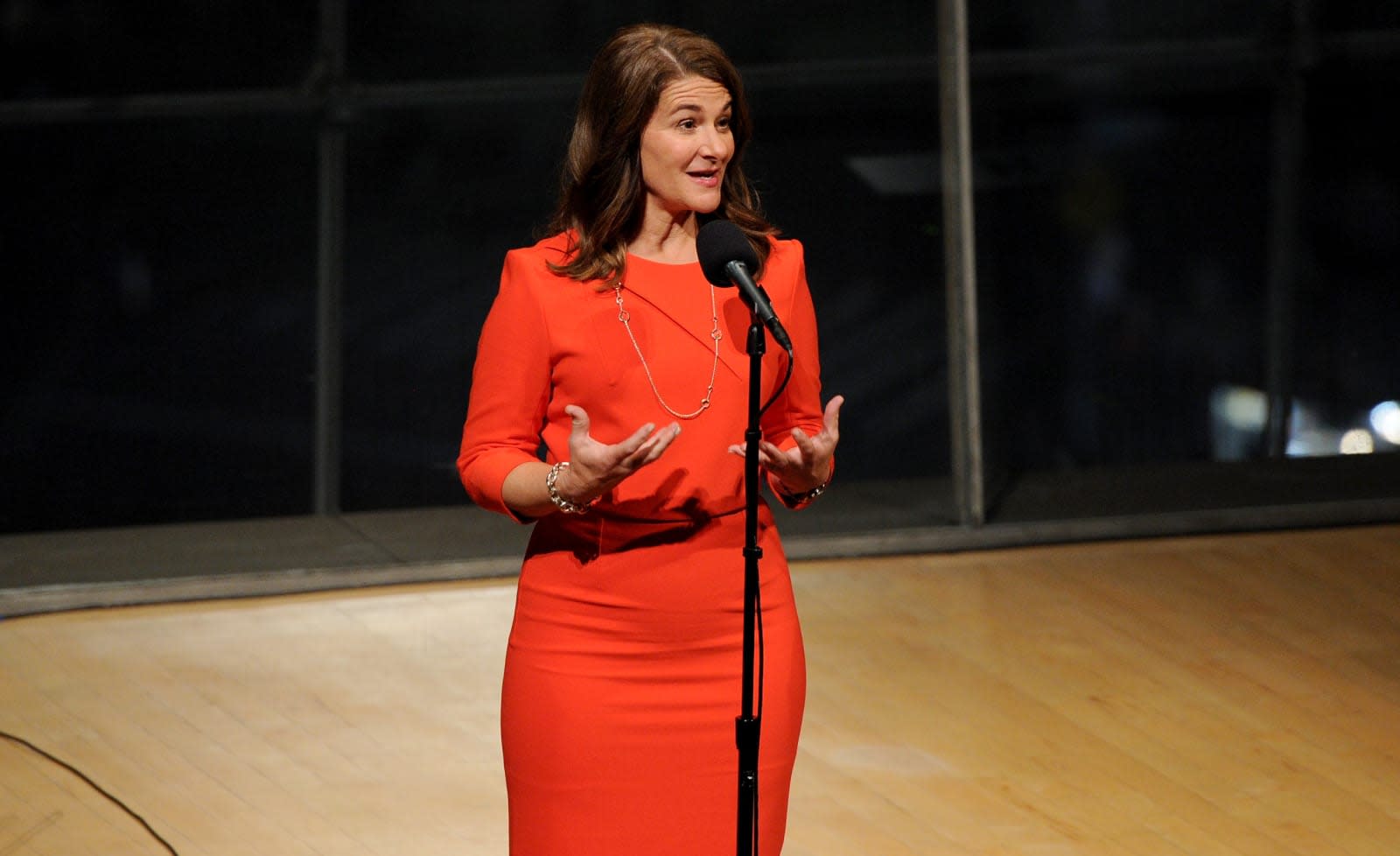 Melinda Gates has been supporting the global fight against malaria, tuberculosis and AIDS with her husband since 2000. And she'll continue to do so, but now she's also building her own office and dedicating resources to tackle gender inequality in the tech industry. In an interview with Backchannel, Gates said her new initiative's goal is to get more women working in technology and to get them to stay there. Gates is more than just the Microsoft founder's wife: she worked in Redmond for a decade after getting her undergrad and MBA in computer science from Duke.

"I care about computer science," she told Backchannel, lamenting the fact that there were more female computer science graduates back in the '80s. While more and more women are going into law and medicine, female computer science graduates now only make up 18 percent of the total. It used to be 37 percent back in the '80s. Gates stressed the importance of women's presence in tech titans' development labs to make sure they're able to address the needs of half of the world's population. She cited Apple's Health app, as an example, calling its lack of ability to track menstruation a "blatant error" that might not have happened if there were more women working on its development.

"When you look in the labs at who's working on AI, you can find one woman here, and one woman there. Your'e not even finding three or four in labs together.

The other thing I know from work around the world is that women truly only get empowered when there's a collective of them. You get one woman down in a village trying to break the system. She can't do it at the village level unless she's got women around her. It's the power of the collective. Then she can go demand her rights."

Gates is still in the research stage of her new project, and it could take a couple of years to conjure up a course of action. What she knows, however, is that she wants to get to the root of things, starting with getting young girls in grade school interested in the field. One possible way to do that is to highlight women in the industry who can become role models for the younger generation.

If you have an idea you'd like Gates to consider, Backchannel is now compiling comments to write up a letter of advice for the philanthropist.

In this article: BillAndMelindaGatesFoundation, business, culture, melindagates, microsoft, womenintech
All products recommended by Engadget are selected by our editorial team, independent of our parent company. Some of our stories include affiliate links. If you buy something through one of these links, we may earn an affiliate commission.