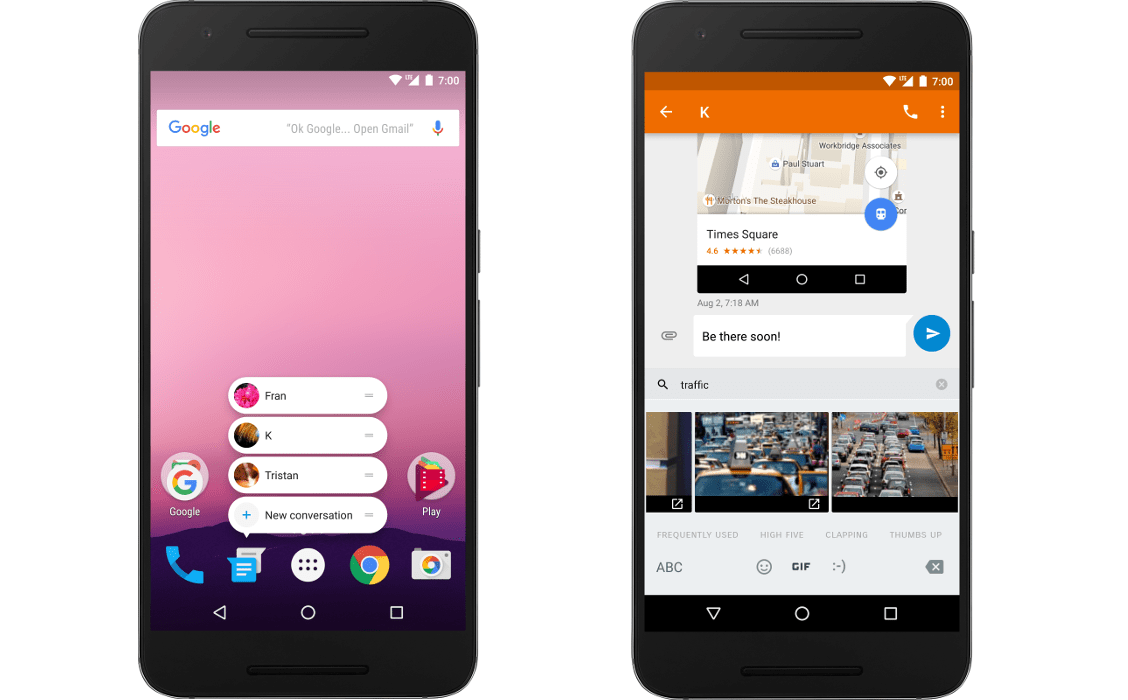 Android version 7.0 Nougat launched to all devices at the end of August, offering some long-overdue quality-of-life upgrades. Weeks later at their Made By Google event, the tech giant teased the mobile OS' 7.1 update and a few features, like instant chat support and automatic data uploading to the cloud. Today, they've announced that it will come out by the end of October for the Nexus 5X and 6P phones as well as Google's own Pixel C, with the remaining supporting phones added by December.

They also confirmed what 7.1 will bring to the table. Aside from Daydream VR support, most of the new features focus on giving developers more options to spruce up their apps' functionality. First, they can now make custom shortcuts, much like the ones popping up in iOS via 3D Touch. There's also support for image keyboards so users can insert stickers or GIFs within apps. For carriers and calling apps, 7.1 has APIs for multi-endpoint calling and telephony configuration. Lastly, developers can now route users to a Settings page to free up storage space by deleting unused files.

While the 7.1 early look is intended for app makers under their Developer Preview program, anyone can apply on the Android Beta site to enroll. There's no solid date for the version's full release, but interested tinkerers are encouraged to sign up now to make sure their software works before the Nougat upgrade is unleashed to the public.

In this article: android, android7.1, gear, google, mobile, Nougat, Nougat7.1, OperatingSystem
All products recommended by Engadget are selected by our editorial team, independent of our parent company. Some of our stories include affiliate links. If you buy something through one of these links, we may earn an affiliate commission.