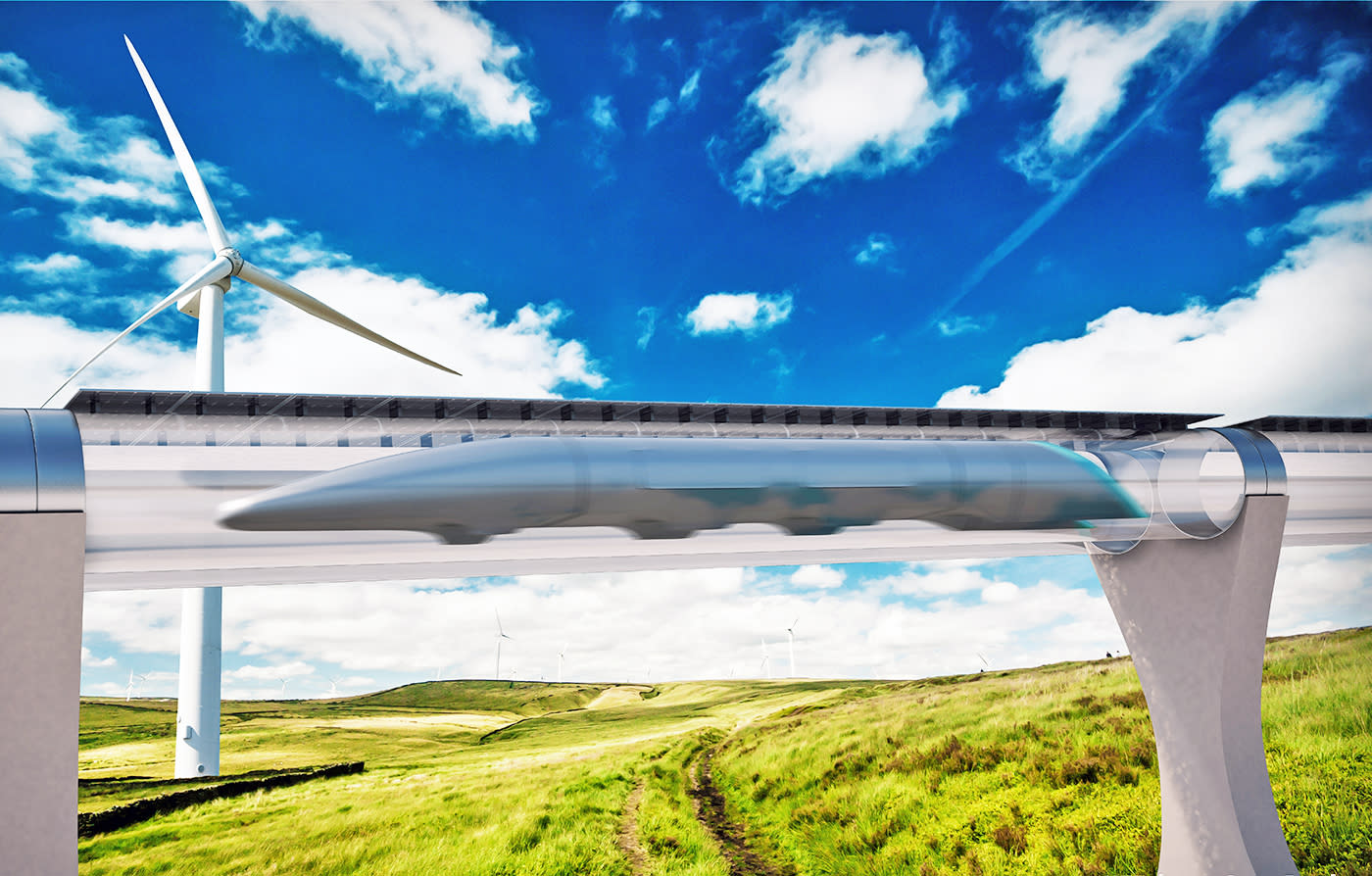 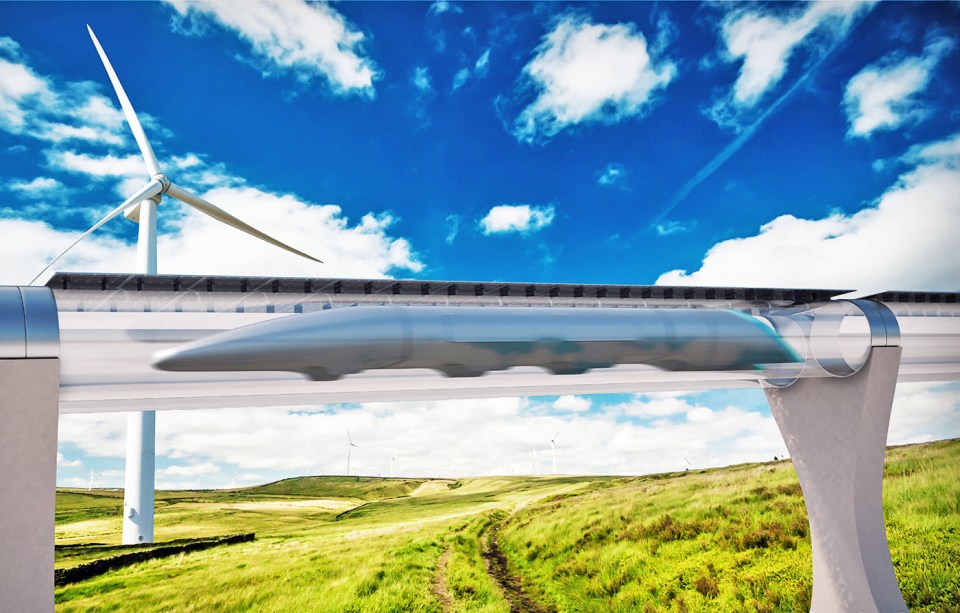 As the world's urban centers grow, getting around them becomes increasingly difficult. In some cities, traffic is congested all day long and rush hour can last for several hours. Fortunately, there are a number of innovations in public transportation specifically aimed at alleviating those woes. While traditional buses simply add to street traffic and subways aren't feasible in all areas, engineers are looking to public transit options that can go over or around regular car traffic, making for some easier ways to get from Point A to Point B without spending hours sniffing exhaust. Elsewhere in the world, underwater floating tunnels will reduce the need for ferry rides, and a unique modular transport system could completely revolutionize long-distance travel for both people and cargo. Read on for all the details about the next generation of transportation, including some developments that will be up and running in less than five years. This award-winning design for an elevated "Caterpillar Train" (cTrain) hints at a new era for mass transit. Rather than riding rails affixed to the ground level, the train car travels on an arch-shaped structure that carries passengers high above the street, leaving plenty of space for cars, trucks and standard street-level buses. Unlike typical raised rail transit, the cTrain's thin arches wouldn't block out the urban scenery, which is another added benefit. The design, developed by Jacob Innovations Inc., beat out 28 other entries to win the MIT Climate CoLab competition this year. In 2010, concept designs for an amazing "straddling bus" emerged, and the project was met with a mixture of awe and disbelief. Chinese developers actually built a prototype of the Transit Elevated Bus, and put it to the test on busy road. The electric bus is designed so that its undercarriage creates a tunnel through which regular car traffic can flow, eliminating the need for cars to stop behind the bus at every passenger stop. The TEB is two lanes wide, and up to four of the straddling buses can be linked together for a combined passenger capacity of 1,200. Although the bus requires a special track on either side of the roadway on which to run, its developers say the TEB can be road-worthy in less than a fifth of the time and cost of a typical subway line. Earlier this year Mercedes-Benz unveiled a futuristic self-driving bus that promises a safer, more efficient commute. The semi-autonomous Future Bus uses cameras and radar to navigate the roadways while giving the human driver a bit of a break. Its predictive driving style also lowers fuel consumption, which helps shave greenhouse gas emissions at the same time. So far, the Future Bus has only driven itself on a test track, but Mercedes-Benz is working hard to polish the technology so the bus can embark on the open road. While a full-fledged Hyperloop track from San Francisco and Los Angeles is many years away, the list of advantages is already miles long. Initially conceived by Elon Musk, the Hyperloop promises an ultra high-speed passenger and cargo transportation option that can travel up to 700 miles per hour. Last year, Hyperloop Transportation Technologies CEO Dirk Ahlborn said the ride might even be free for passengers, instead drawing income from cargo shippers and passenger upgrades. The pod-like transit system could be operational as early as 2019, when it would reduce the 380-mile trip from San Francisco to LA to a cool 30 minutes. If the ride happens to be free, that would just be icing on the cake. Norway is a land of innovation in many ways, and the country's plan to build the world's first floating underwater tunnels is just one example of how clever design is being put to use to solve everyday problems. Norway is a land of 1,100 fjords, and most people rely on a network of ferries to travel, but those are time-consuming and inconvenient. Now, the country is gearing up to add submerged floating bridges to the country's already extensive network of underwater tunnels. These would be suspended 100 feet below the water's surface and wide enough for two lanes of traffic. Floating the underwater tunnels is a smart response to the difficult terrain that makes traditional stationary tunnels a challenge to construct. The $25 billion project is expected to be open for traffic by 2035. Perhaps the most amazing of all designs in this collection is Clip-Air, a modular transportation system comprised of capsules that can carry passengers or cargo, depending on their configuration. The modules can be transferred from truck to train to airplane, making for a seamless journey from origin to destination, without the need to haul tail across busy airport terminals in order to make your next connection. For passengers, the Clip-Air system would turn long-distance travel into a real dream, making it possible for people to relax, eat, and sleep while en route to the other side of the world. Cargo transport could be simplified as well, with less energy and time wasted unloading one form of transportation (like a semi truck) and reloading another (like a freight airplane).

In this article: CaterpillarTrain, Clip-Air, column, culture, design, gadgetry, gadgets, gear, green, inhabitat, Mercedes-Benz, partner, Self-DrivingBus, syndicated, TransitElevatedBus, transportation, UnderwaterTunnel
All products recommended by Engadget are selected by our editorial team, independent of our parent company. Some of our stories include affiliate links. If you buy something through one of these links, we may earn an affiliate commission.