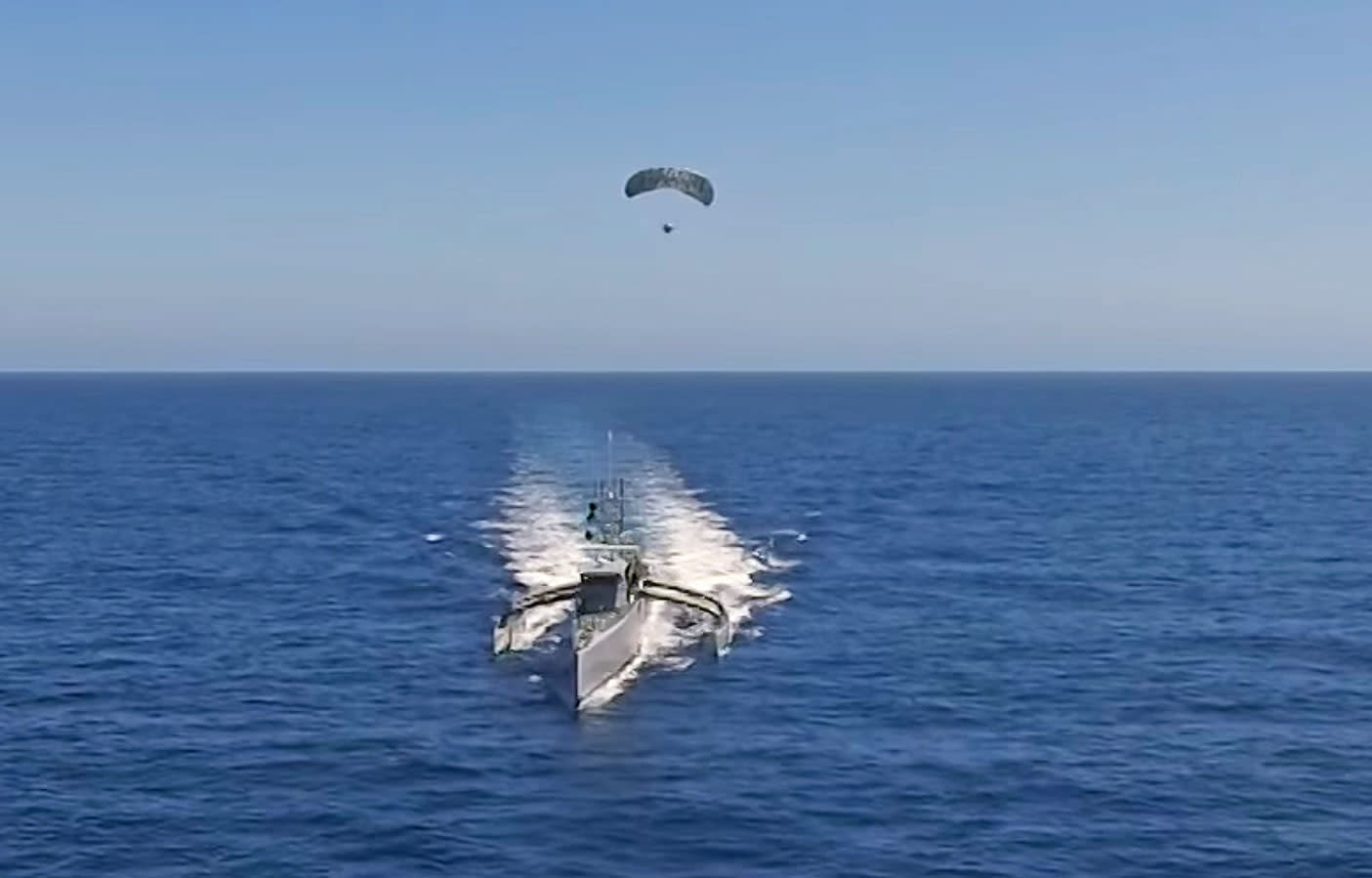 If you want a vision of what naval battles could look like in the near future, you just got it. DARPA has tested a parasailing radar array (part of its Towed Airborne Lift of Naval Systems project, or TALONS) using its robotic ACTUV boat as a nest. The array flew up to 1,000 feet, where its sensors were far more effective than they'd be at ship level. Its surface tracking radar had six times the range, and even a handheld radio covered three times its usual distance. The combination could lead to unmanned warships that not only travel for months on end, but can easily detect potential threats before they're in firing range.

Like ACTUV, TALONS is still relatively young. DARPA is transferring the effort to the US Navy now that this early demo is over, and it'll likely require some refinement before it's combat-ready. However, this might not be another instance of military technology taking years to enter service. The test took place less than 90 days after approval -- while drone ships aren't about to join the fleet in the near future, human-guided vessels might fly their radar sooner than you think.

In this article: actuv, antisubmarine, gadgetry, gadgets, gear, military, navy, parasailing, radar, robot, robots, seahunter, talons, usnavy, video, wargadget
All products recommended by Engadget are selected by our editorial team, independent of our parent company. Some of our stories include affiliate links. If you buy something through one of these links, we may earn an affiliate commission.