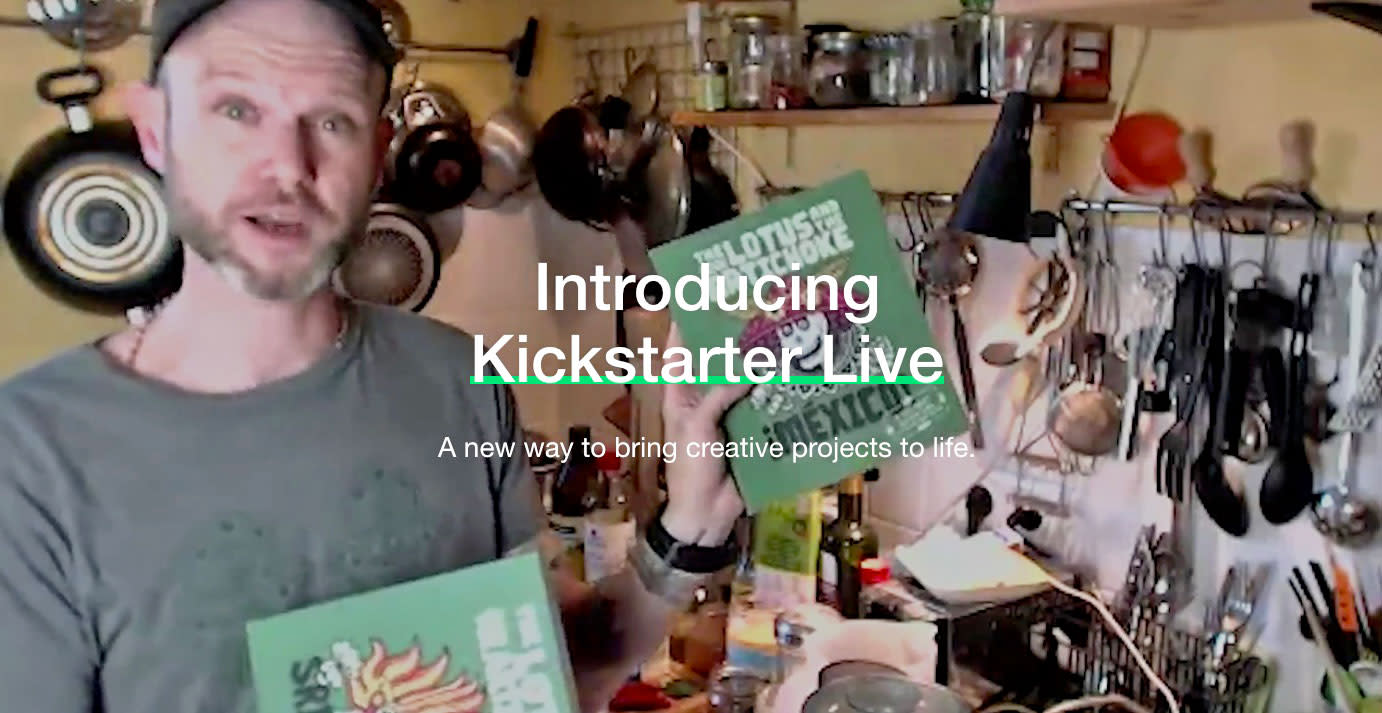 Thanks to sites like Kickstarter, creators all over the world have been able to bring their product visions to life via the medium of crowdfunding. Many of the website's successful projects utilize a formula of a nicely-produced pitch video, a bunch of glossy photos and (normally) a promise that its creator(s) won't run off into the night with your pledge. A new tool launching today called Kickstarter Live not only attempts to better connect creators with potential backers, but let them demonstrate their passion in a way that only live video possibly can.

The key to Live, Kickstarter says, "is its intimacy." Viewers are encouraged to ask questions about the project, learn more about the person or people behind it and immediately back it while tuned in. Think of it as a Twitch stream or a Facebook Live broadcast that is specifically tailored for something you're interested in but still have doubts backing.

"Creators are using Kickstarter Live for musical performances, cooking shows, product demos, game demos, rehearsals, and much more," says the company on its new video-centric website. "It brings the creative process into the light and inspires new backers to join the fun."

Because Kickstarter Live integrates directly with project pages, campaign managers can promote their streams via a simple project update. The feature also integrates with Facebook Live (although it's still in beta), broadening the reach of broadcasts.

Kickstarter appears to put everything in the hands of its project creators but has launched an Explore page that displays a schedule of upcoming streams. Like late-night TV deals, this could be useful for users who don't know they need something until it's being advertized right in front of them.

In this article: gear, internet, kickstarter, kickstarterlive, livestream, maker
All products recommended by Engadget are selected by our editorial team, independent of our parent company. Some of our stories include affiliate links. If you buy something through one of these links, we may earn an affiliate commission.