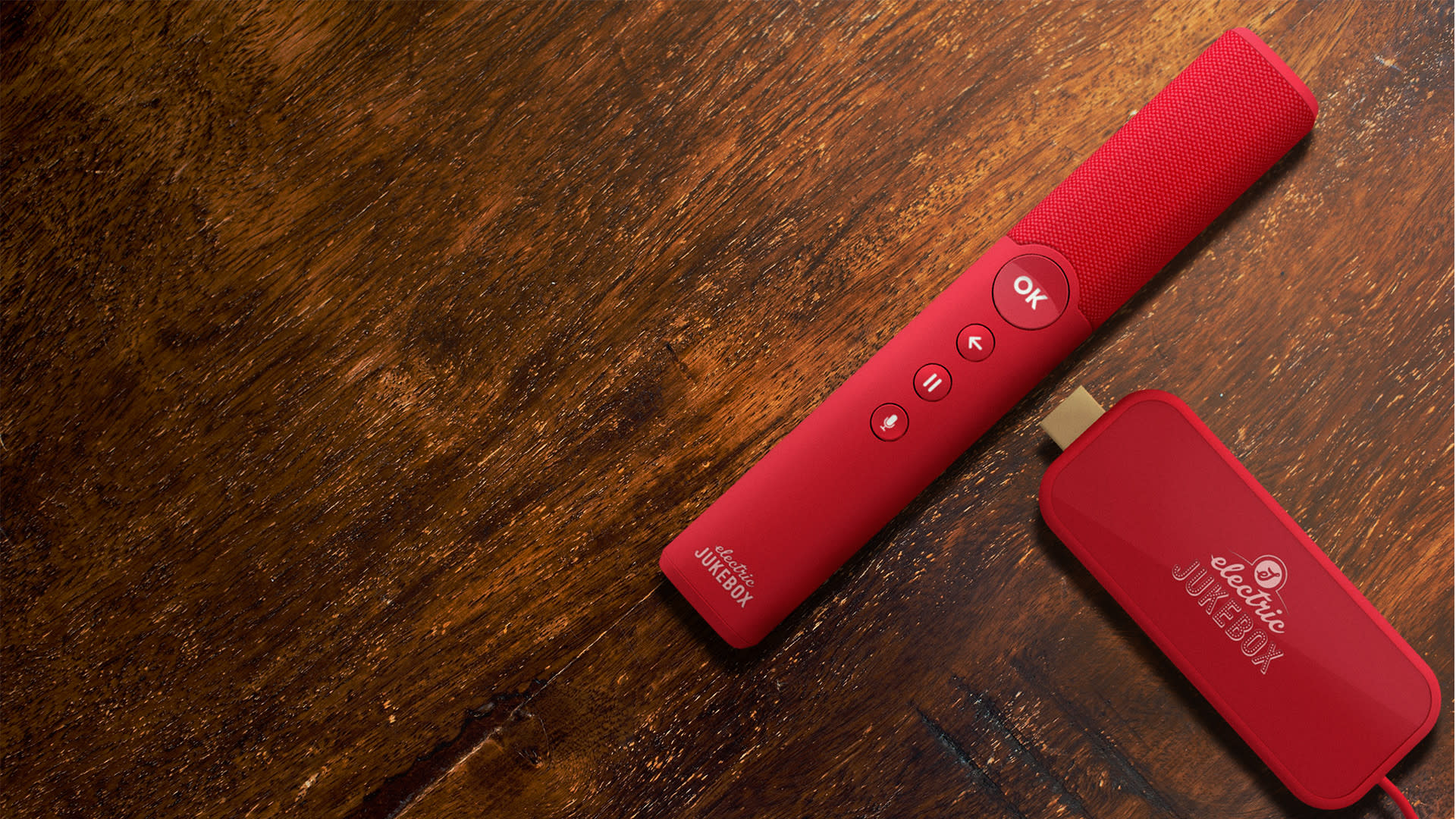 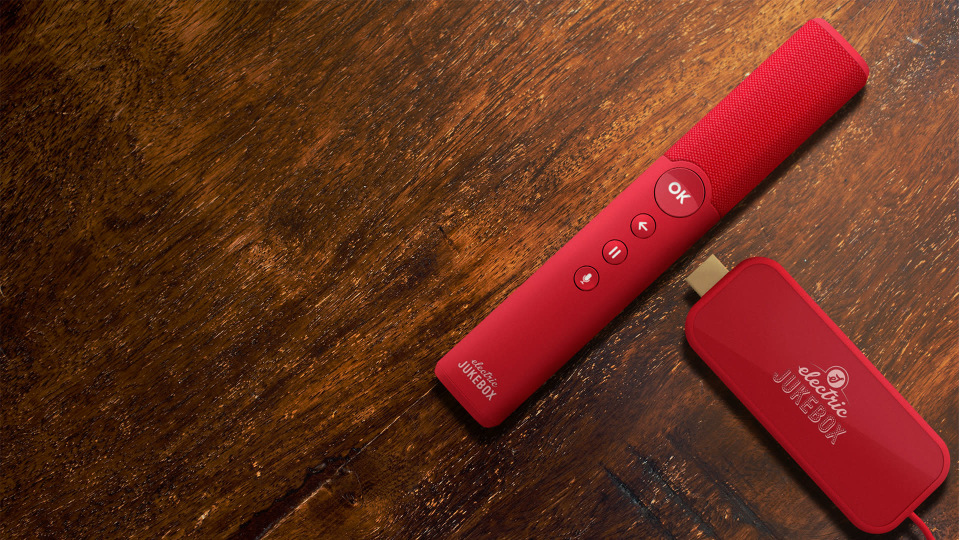 Remember the Electric Jukebox, the two-part music gadget designed for non-Spotify types? If your answer is a resounding no, nobody would blame you; the company unveiled the product over a year ago and stayed almost silent, at least until today. With Christmas fast approaching, Electric Jukebox finally has some good news to share: the eponymous streaming device with its wand-like controller and one-year premium music subscription will officially go on sale for £169 from midnight today.

Backed by Robbie Williams, Stephen Fry, Alesha Dixon and Sheryl Crow, the Electric Jukebox is designed around your TV. Seriously, it won't work on anything else. The streaming device plugs directly into the HDMI port, which can then be navigated using the wireless controller. The peripheral is home to a motion sensor and microphone -- allowing for gesture control and voice searches -- and there are four buttons on the front: at the top is a large OK, a back and pause in the middle and at the bottom button invokes voice commands.

"I'm not after the Spotify customer," says Rob Lewis, co-creator of the Electric Jukebox, told Engadget last year. "I'm after everyone else." That suggests Electric Jukebox is after the older customer, who wants to listen to music but not trawl through endless lists of tracks or pull out their smartphone. Voice searches remove some of those headaches, as does the simplistic Neon Broadway UI that puts artist hubs and curated playlists at the forefront. Because it all happens on your TV, Electric Jukebox hopes that listening to music will become more collaborative, with friends and family gathering to sing along to any one of 29 million available tracks.

The Electric Jukebox comes with a one-year music subscription right out of the box, but when that runs out, the company needs a way to ensure owners remain invested in the platform. In a bid to keep music "affordable and easy to access," its pricing additional music passes at £52 a year (£1 per week). That's less than the half the price of Spotify, Apple Music and Google Music.

To begin with, Selfridges, Argos, Amazon and "a major TV network" are on board to sell the Electric Jukebox when it goes on sale tomorrow. We'll have to wait until later this month to find out which network that is, but QVC would be a logical guess. We hope to put it through its paces in the coming weeks, just in case you need some real feedback before pulling the trigger.

In this article: av, electricjukebox, gear, mixtapes, music, radio, streaming
All products recommended by Engadget are selected by our editorial team, independent of our parent company. Some of our stories include affiliate links. If you buy something through one of these links, we may earn an affiliate commission.