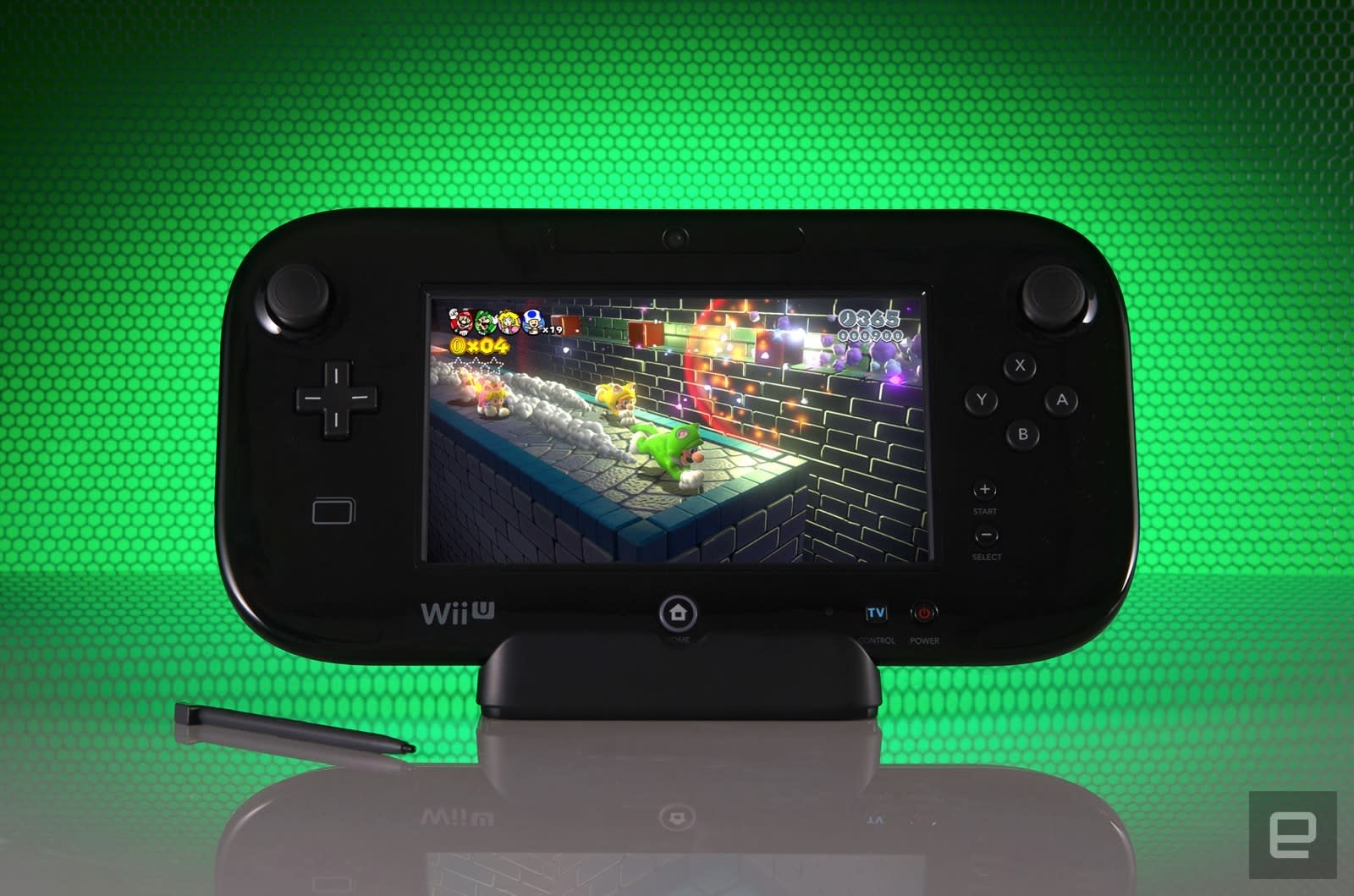 When Nintendo announced its upcoming Switch console a few weeks ago, the writing was clearly on the wall for its current-gen entry, the noble but niche Wii U. Exactly when they'd be shuttering the four-year-old system was unclear. The company first denied rumors that the last model would roll off the assembly lines at the end of this week. But in its quiet Nintendo way, they confirmed today that they had scheduled an end to Wii U production in Japan via text on the console's product page.

Both remaining choices -- a standalone white WiiU console and one bundled with Splatoon -- post disclaimers noting the systems won't be around much longer. According to Kotaku's translation: "The text reads, 近日生産終了予定 (kinjitsu seisan shuuryou yotei), which means, "Production is scheduled to end soon." After that, the announcement reads "within Japan" (日本国内 or Nihon kokunai)." Whether that means the company will still roll out WiiU consoles in other regions is also unclear.

As Eurogamer points out, ceasing "production" could mean a lot of things: The last system rolling off the assembly line, or the last one boxed up, or the last one shipped out the door. What it does mean is an official nail in the coffin for a quality game console that missed with consumers, thanks in part to Nintendo's faulty marketing. All that's left for the WiiU to do is run out the clock until the Switch is released in March 2017.

In this article: av, console, culture, nintendo, production, system, WiiU
All products recommended by Engadget are selected by our editorial team, independent of our parent company. Some of our stories include affiliate links. If you buy something through one of these links, we may earn an affiliate commission.