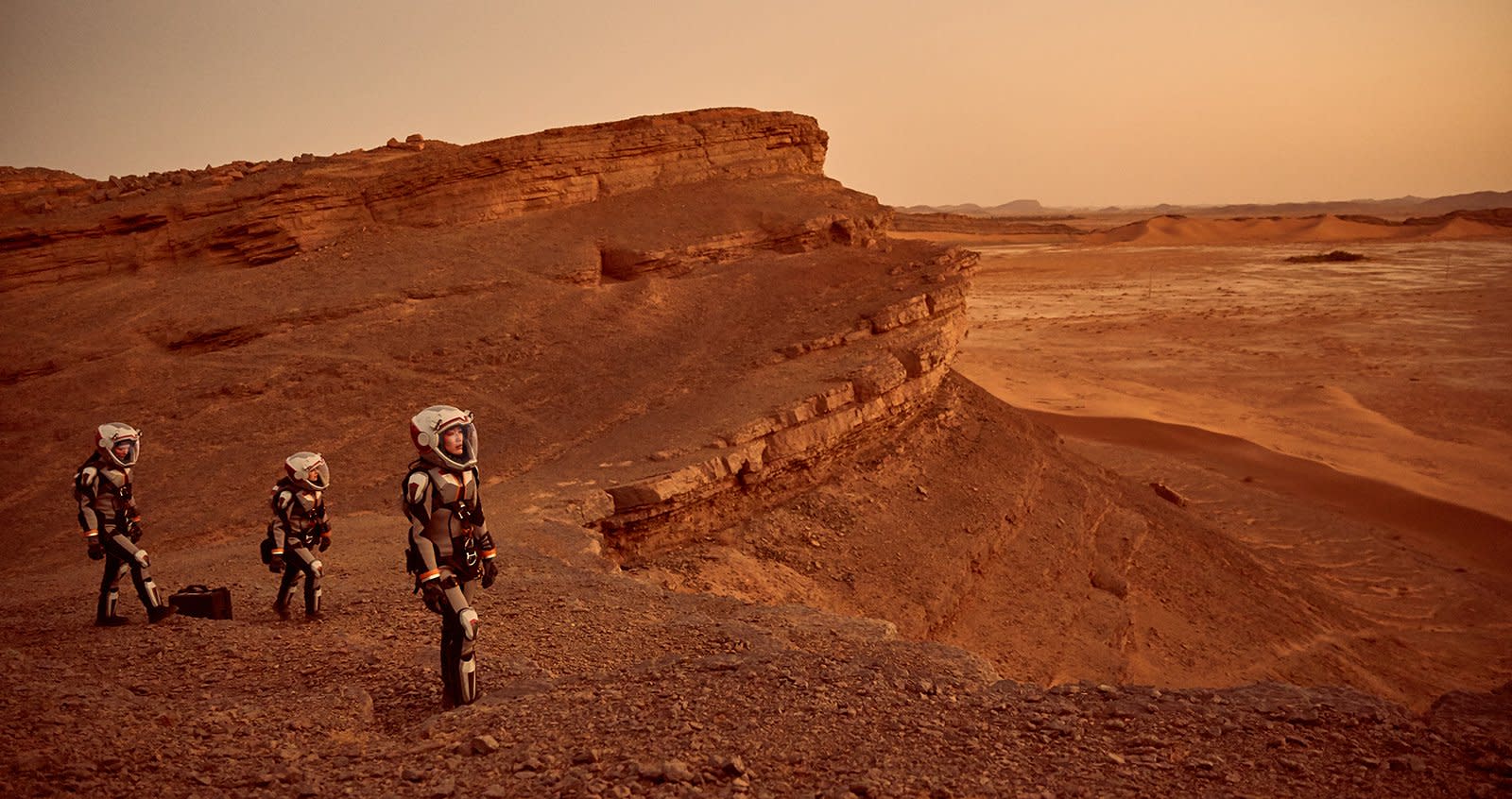 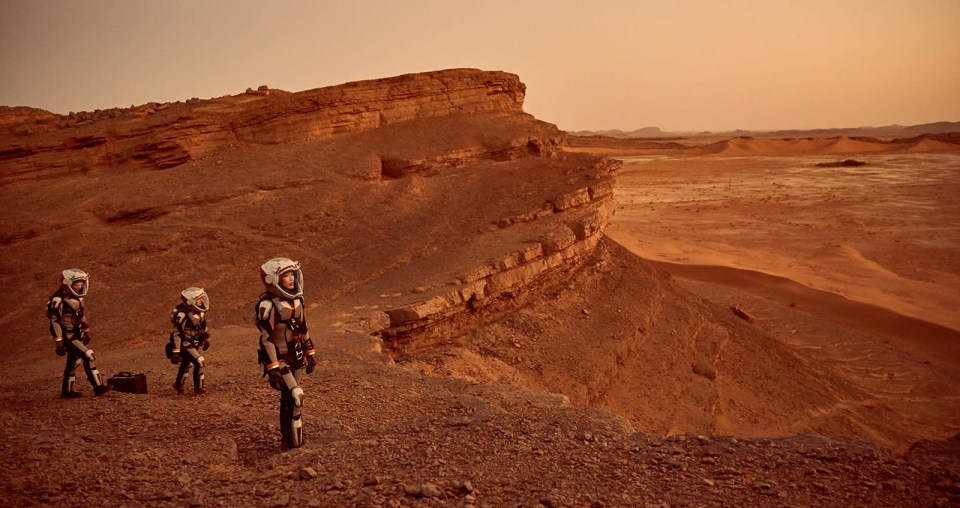 Like a prequel to The Martian crossed with an educational documentary, National Geographic's Mars is an earnest attempt at inspiring a new generation about a manned mission to the red planet. But what's most intriguing is how much it puts Elon Musk's SpaceX front and center (which has already laid out its plans to get to Mars), even more so than work from NASA and other space agencies. It's a sign of the times: Our next step into the beyond will likely involve a benevolent billionaire as much as it does the cooperation of Earth's most technologically advanced countries.

The series, which premieres tonight on National Geographic and has the backing of Oscar winning producers Ron Howard and Brian Grazer, is a unique hybrid of different storytelling techniques. On one side, it's a drama set in 2033 following the crew of the first human-led mission to Mars. And on the other, it's a documentary diving into how we'll get there. But all the way through, it's hard not to feel the mark of SpaceX.

While the documentary portion of the show has a bevy of notable interviewees, including Neil deGrasse Tyson and The Martian author Andy Weir, it inevitably shifts back to Musk and all of his company's work. That makes sense when you consider just how important SpaceX's reusable rockets will be for a Mars mission. (After all, how else would the first band of astronauts get back home?) To its credit, the show doesn't shy away from SpaceX's failures; in fact, it features two prominent clips of the company's Falcon 9 rockets exploding (along with the devastated reactions of its employees).

The dramatic side of the show centers around a fictional space agency, the International Mars Science Foundation, which is led by a charismatic businessman who "can sell anything." With an engineer's love for his spaceship, it's hard not to see that character as Musk with a different accent. While the IMSF is a private organization, it has investors from all over the globe, which explains its diverse group of astronauts. Much like The Martian, the show presents a future where the world is working together towards a common goal: Make it to Mars and set up a colony.

Naturally, there are problems along the way. As the Daedalus crew nears Mars, they encounter thruster issues which could make it impossible for them to land safely. They survive -- there wouldn't be a show if they didn't -- but it's an ominous start. The key takeaway? Space exploration is exciting, but it's also fraught with peril.

Mars doesn't have the thrills of The Martian, but its hybrid drama/documentary could entice younger viewers who wouldn't be caught dead watching a typical science show. It's also an intriguing big-budget move for National Geographic, a network better known for endlessly repeating low-rent nature shows.

In this article: av, entertainment, Mars, NatGeo, NationalGeographic, RonHoward, science
All products recommended by Engadget are selected by our editorial team, independent of our parent company. Some of our stories include affiliate links. If you buy something through one of these links, we may earn an affiliate commission.