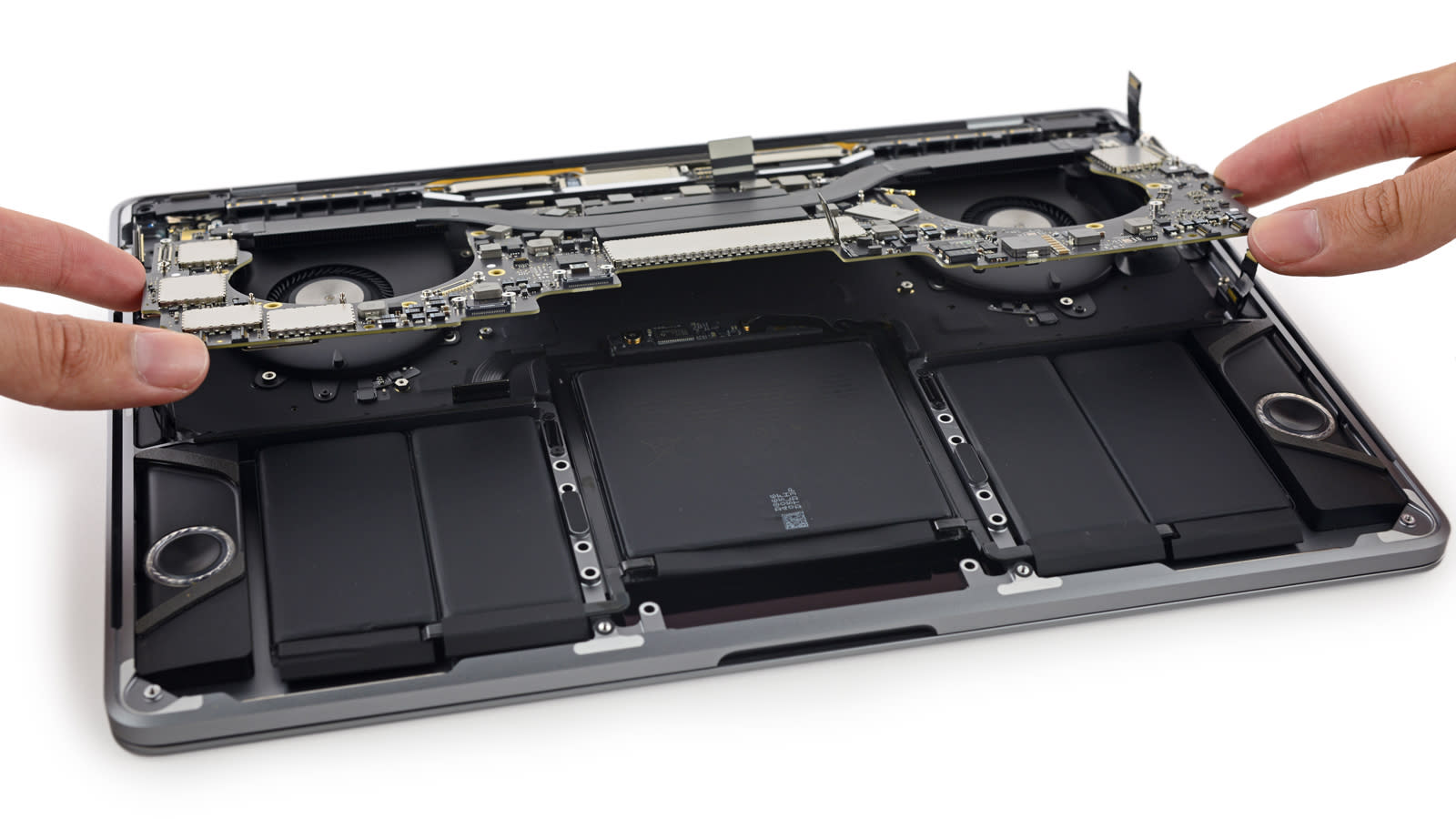 It almost goes without saying that modern Apple devices are tough to repair or upgrade, but the Touch Bar-equipped MacBook Pro might just take the cake. An iFixit teardown of the 13-inch model reveals that there are even fewer replaceable parts than before. The solid-state drive is embedded on the motherboard (even the non-Touch Bar model has a removable card), to begin with -- whatever capacity you choose is what you'll have for the life of the system. The Touch Bar, as you might guess, isn't exactly easy to replace. And while having a fingerprint reader in the power button is very convenient for sign-ins and purchases, that also makes repairs complicated. The button is tied to a chip on the motherboard (since it needs a secure element), so you can't just slip in an aftermarket component and call it a day.

There are a few surprises. There's an unusually beefy three-microphone array, possibly to improve Siri voice commands. And curiously, the speakers on the 13-inch Touch Bar system don't actually sit underneath the grilles -- those openings are only there for the more conventional model. Instead, sound blasts out the side vents.

There are advantages to this design. It's more compact and lighter than its predecessors despite the improved performance and extra features. However, there's no denying that the new MacBook Pro represents the end of an era for Apple's pro machines. Although there weren't that many people upgrading SSDs or otherwise tinkering with previous-generation MacBook Pros, this system effectively rules that out. It's a powerful portable appliance rather than a conventional PC, and you're expected to use it as-is until you need a full-fledged replacement.

In this article: apple, computer, gear, ifixit, laptop, mac, macbookpro, pc, personal computing, personalcomputing, teardown
All products recommended by Engadget are selected by our editorial team, independent of our parent company. Some of our stories include affiliate links. If you buy something through one of these links, we may earn an affiliate commission.