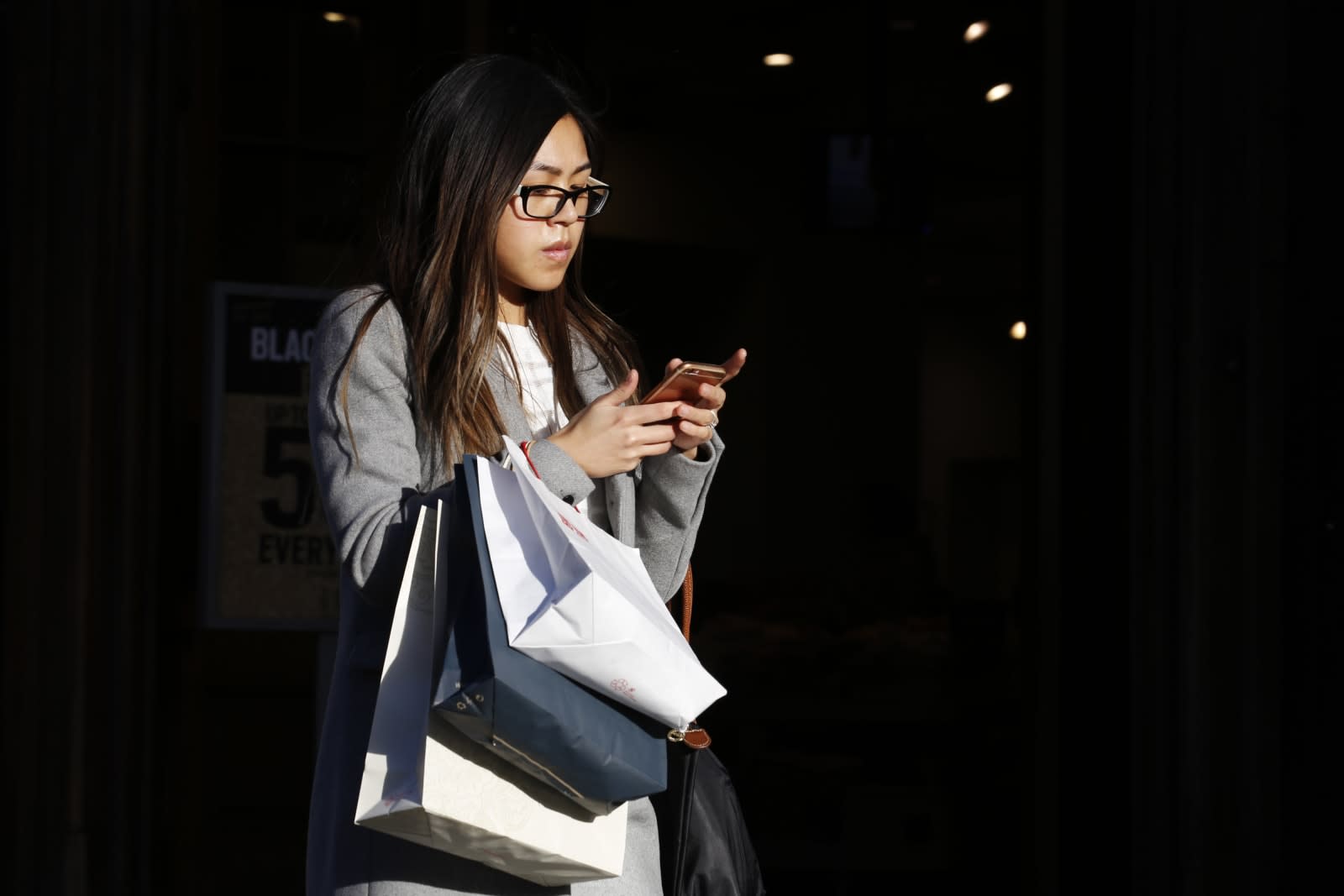 Did you get some of your holiday gift shopping done on your phone, instead of your PC? You're far from alone. Adobe has determined that mobile shopping (both phone and tablet) was responsible for $1.2 billion in US online sales on Black Friday -- the first time it has ever crossed the $1 billion mark, in fact. It's still in the minority, representing 36 percent of the total $3.34 billion, but that's still a huge 33 percent spike over the shopping frenzy from last year.

Those mobile users actually outweighed their PC counterparts in terms of viewing, racking up 55 percent of visits. In other words, some of those people shopping from their PCs still checked on their phones before committing to a purchase. As for what Americans bought? In terms of tech, the highest-grossing gadgets were iPads, Samsung 4K TVs, MacBooks (particularly the 13-inch Air), LG TVs and the Xbox One.

Adobe's data lines up with what the retailers themselves are saying. Amazon is shy on numbers, as usual, but says its mobile orders on Thanksgiving alone topped what it saw last year. Target reports that over 60 percent of its record-setting online sales came from mobile, while over 70 percent of Walmart's web traffic was from mobile devices.

The figures were likely helped by incentives. Amazon, Target and Walmart all offered perks for shopping from your phone, such as exclusive discounts and early access. Still, it's clear that online stores ignore the mobile crowd at their peril -- they're leaving a lot of money on the table if they assume you'll buy gifts at a computer.

In this article: adobe, amazon, android, blackfriday, culture, e-commerce, internet, ios, mobile, shopping, smartphone, tablet, target, thanksgiving, walmart
All products recommended by Engadget are selected by our editorial team, independent of our parent company. Some of our stories include affiliate links. If you buy something through one of these links, we may earn an affiliate commission.