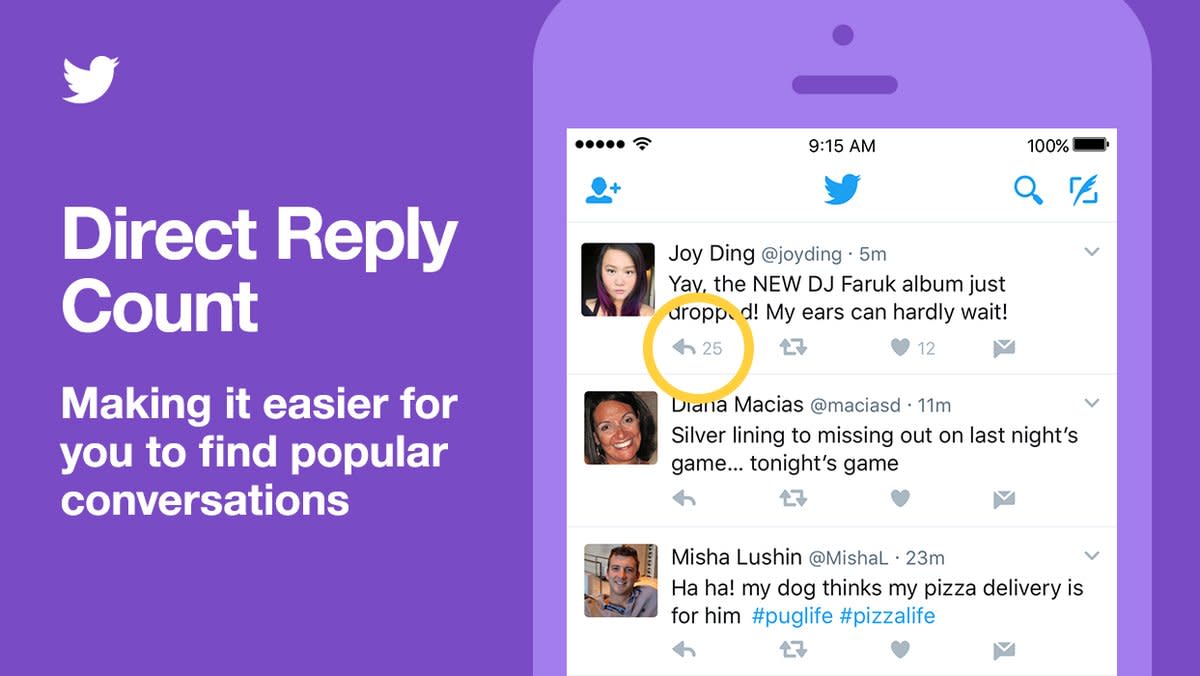 Threaded conversations are some of the best interactions you can have on Twitter -- with dozens of users chattering away 140 characters at a time. Unless you're already in a conversation, however, it can be hard to tell if a tweet is getting a lot of social interaction. Now, it's a little easier: Twitter has added a reply counter and a 'conversation ranking' to its mobile apps designed to push the most relevant discussions to the top of a tweet thread.

Neither feature will likely change how you use Twitter (and both have been available in the web experience for some time), but if you're wondering why you're not seeing replies in chronological order, these new tweaks are to blame. Conversation ranking favors threads that the original poster replied to or that includes a reply from a Twitter user that you follow -- the feature also tries to group replies into different sub-conversations that make sense within their own context.

The new direct reply counter is exactly what it sounds like: the reply button under any given tweet will now show how many users have replied to that tweet. This number only corresponds to direct replies to the original tweet, however -- not the total number of tweets contained within a long conversation. Are these changes better, or worse? Would you rather see replies in pure chronological order, or through Twitter's new curated lens? Let us know what you think in the comments section below.

In this article: conversationranking, conversations, culture, internet, ranking, socialnetwork, threads, tweet, tweets, twitter
All products recommended by Engadget are selected by our editorial team, independent of our parent company. Some of our stories include affiliate links. If you buy something through one of these links, we may earn an affiliate commission.