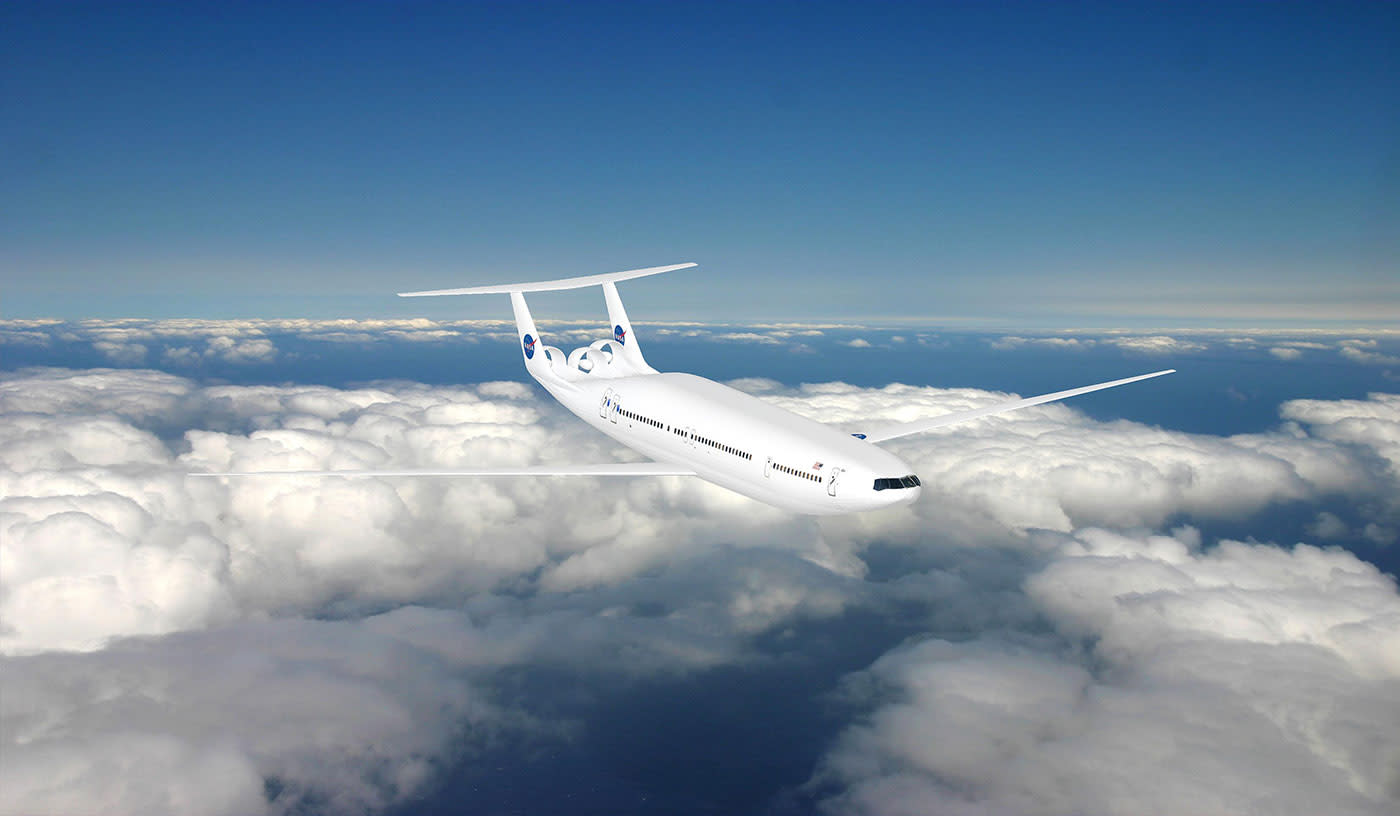 A group of engineers have developed a new jet engine tech that can improve planes' fuel efficiency by four to eight percent, and NASA has begun testing it out. They created a new type of engine propulsor -- composed of the fan and a part called the inlet, which directs air into the engine -- designed to be embedded into a jet plane's body. Jet engines are typically placed away from the aircraft's surface, because of a highly distorted film of air called the boundary layer that envelopes the plane as it zooms through the sky. This new type of jet engine propulsor takes advantage of the boundary layer instead.

"Studies backed by more detailed analyses have shown that boundary layer ingesting propulsors have the potential to significantly improve aircraft fuel efficiency. If this new design and its enabling technologies can be made to work, the boundary layer ingesting (BLI) propulsor will produce the required thrust with less propulsive power input. Additional aircraft drag and weight reduction benefits have also been identified."

Since the boundary layer's distorted flow can wreck fans, the team from United Technologies Research Center and Virginia Polytechnic and State University had to create much stronger ones. Over at NASA's Glenn Research Center in Cleveland, the engineers also had to spend years modifying the facility's wind tunnel to be able to fit the system. This is the first propulsor designed to ingest the boundary layer to ever be tested, so Glenn Center's engineers have to put it through a battery of tests to make sure it works. They'll be testing it under different wind speeds and varying boundary layer thickness to see how those factors affect the "propulsor's performance, operability and structure."

In this article: airplane, jetengine, nasa, science, transportation
All products recommended by Engadget are selected by our editorial team, independent of our parent company. Some of our stories include affiliate links. If you buy something through one of these links, we may earn an affiliate commission.