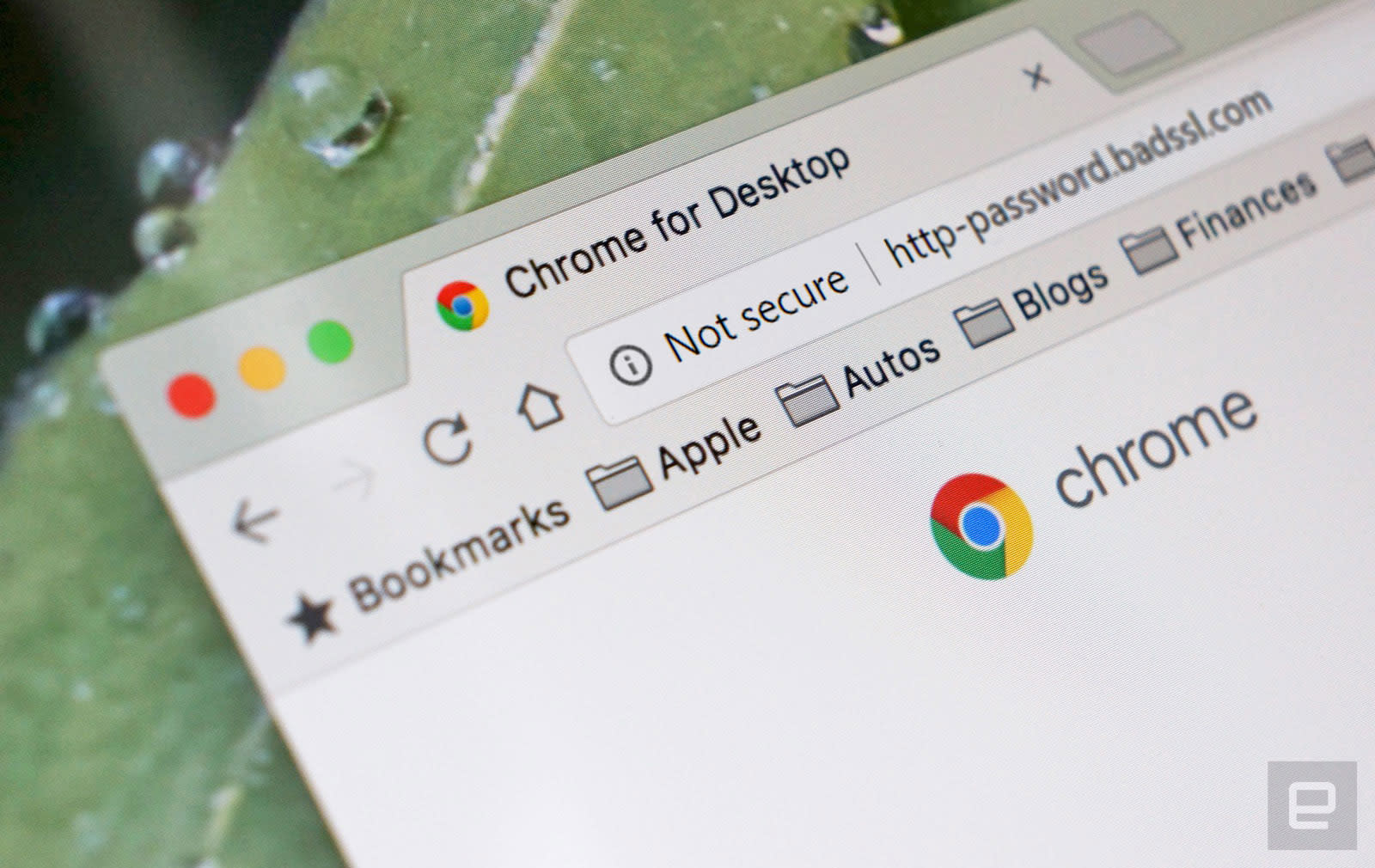 Chrome's developers have futzed with the way that it displays insecure sites over the past few years, and for now, non-HTTPS sites display a "neutral" info symbol. Google warned that would change soon for certain types of sites, however, and we can now see how with the Chrome 56 beta. Any non-encrypted HTTP pages that collect passwords or credit card numbers will prominently display as "not secure" in the URL bar. That, Google says, is the prelude to a bigger scheme to clearly mark all HTTP sites as non-secure, something it kind of did before.

Google may have toned down the warnings in 2015 to let more publishers convert their sites to HTTPS. However, webmasters appear to have taken the hint, as the search giant recently said that a lot more sites are now fully encrypted.

Another interesting thing you can check out in beta is Web Bluetooth support, which allows developers to connect web pages to smartphones and printers via Bluetooth "with just a few lines of JavaScript." That would enable you to, for instance, see your heart rate or control a Lego car via a website.

The other significant new feature coming to Chrome is CSS "position: sticky" command support. That helps you, for example, create web page titles that stick to the top of a page until the reader scrolls to a new section, making it easier for them to figure out where they are (as shown above).

Chrome 56 is now out in beta for Windows, OSX and Android via the Canary beta release channel, with the warning that "it's designed for developers and early adopters, and can sometimes break down completely." It should arrive formally for the rest of us in January 2017.

In this article: Bluetooth, Browser, Chrome, Chromium, entertainment, google, Https, internet, Security, Sticky
All products recommended by Engadget are selected by our editorial team, independent of our parent company. Some of our stories include affiliate links. If you buy something through one of these links, we may earn an affiliate commission.